When Wyn Hayward (nee McKenzie) represented Australia's national netball team in a 1948 tour of New Zealand, it wasn't for notoriety or Diamond status. Wyn played for the pleasure of the game.

As the fifteenth player in Diamonds' history, Wyn is living proof that your age is only what you make of it.

“It's an achievement I suppose,” she laughed at the milestone's significance. “You could say it has taken a long time to get there.”

Wyn was a Diamond before she even knew it. It wasn't until 2008, 60 years after her national debut, that the Australian netball team adopted the nickname.

“We were never known as the Diamonds,” Wyn said. “They get a lot more recognition and money behind them today.

“We didn't get much money or anything. You had to put your hand in your pockets at times to get anywhere.

“For us, it was the pleasure of playing. It was just something good to do.” 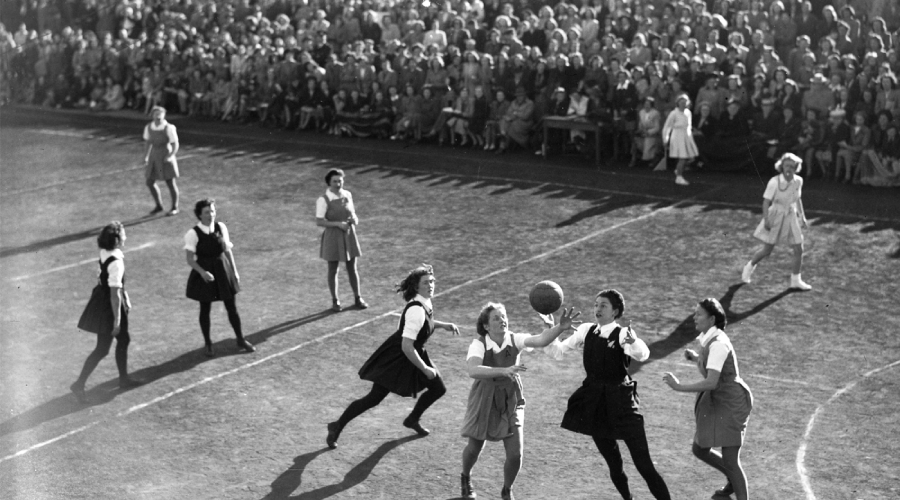 There was no profound meaning or Oscar-winning film moment that drew Wyn to netball, known as women's basketball at the time. She recalled it was her sheer enthusiasm to have a go that led her to the sport.

“I was interested in any sport,” she said. “Cricket, badminton, tennis; you name it.

“Netball was just the one that stuck I suppose.”

Born in Kyabram as the youngest of seven siblings, Wyn was always ready to take up new talents and keep spry. As a child in 1930's Australia, she was a witness to economic unrest encapsulated by the country's Great Depression.

“I started at school and when I was 12 years old, I was picked in the interstate school basketball, which was obviously netball, and we went to Queensland.”

“The school had to pay our fair and our school really had no money, so we put on a concert and charged all the kids to go to the concert to pay our fair.

“From then on, I just got into playing netball. I played whenever and wherever I could and continued right through.

“Really, after I made the Victorian team in 1932, there was nothing much else but netball.”

Wyn spent her time at school progressing through teams to build on what she asserted as “a bit of talent that [she] made a bit of use of”.

The following decade saw Australia's involvement in the second World War from 1939-1945 and a landscape of global unease. A post-war Australia posed its own challenges, but it also sparked new beginnings and opportunities.

International netball was nearing its first decade, after commencement between New Zealand and Australia in 1938, and Wyn was seeing the game she loved grow.

“It was a different game then,” she said. “The center's now, there's no bounce or anything.”

“We used to have to stand one player on each side of the circle with your hands behind your back and then the ball would be bounced.

“That's how the game would start, nothing like this taking it in turns today.

“In my opinion, it was those little things that made it more competitive back then.” 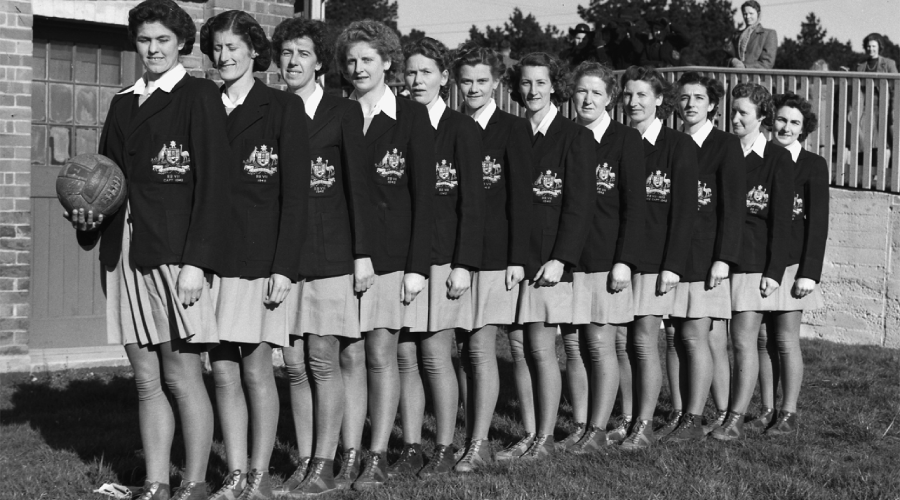 1948 became a defining moment for Wyn's netball career. She had already represented her school and her state, but as a 27-year-old she was yearning to take the next step.

The Australian team were building out their squad for a three-game tour in New Zealand. Heading up the carnival was coach Anne Henderson.

Henderson and Wyn's relationship sparked heavily after netball's return in 1946 after a six-year hiatus due to the World War. She had coached Wyn and the Victorian team at the All-Australian Women's Basketball Association tournament where Victoria reigned supreme.

Despite Wyn's promise as a centre for Victoria, Henderson and the Australian selection panel had different plans.

“When I went to the auditions for the school interstate teams, I played Center,” Wyn said. “However, when the national team did their selections there were too many girls going for Center that the coach put me in as wing attack, and I got picked.”

She always believed her midcourt ability was a product of her parents.

“My father was a very good football player, so I think some of that direction and speed was passed on.”

Wyn continued with a chuckle under her words, “Unfortunately, I didn't pass on any of that talent to the next generation.”

Now an official Australian athlete, Wyn and the 1948 team ventured to New Zealand for a test full of rivalry. It was the first time she had been overseas as travel abroad had been restricted post-war.

“I had been on a plane before but never on a seaplane.

“It meant everything as there was nothing much else around at the time and you had to be into sport to do those kinds of things.” 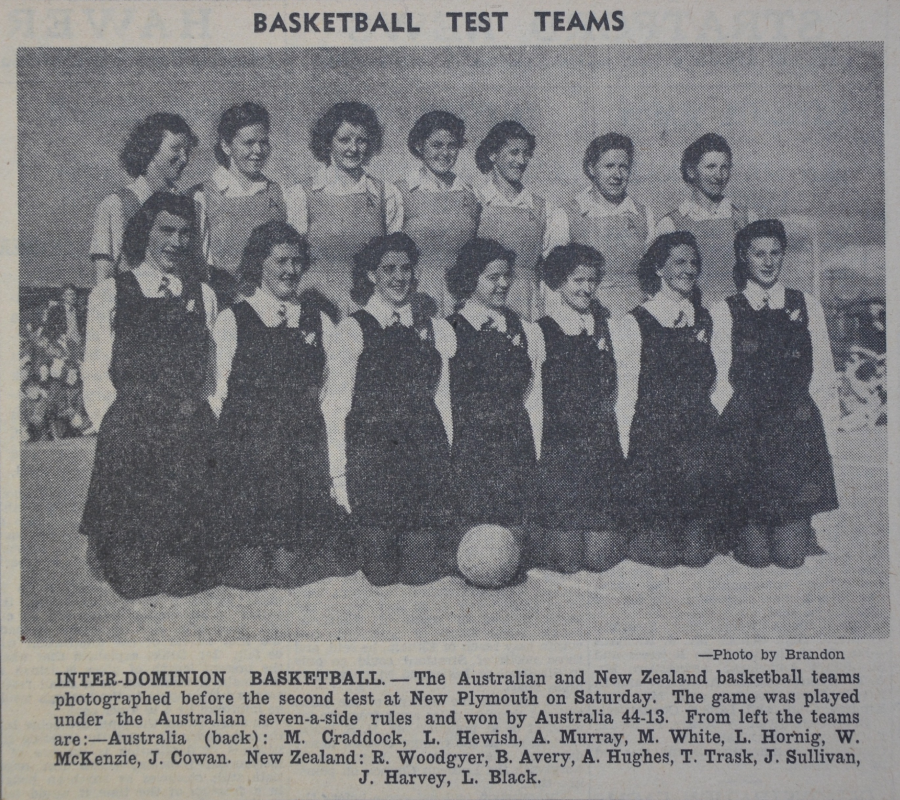 The look of our national netballers in the 1940's and 1950's was something today's athletes would be baffled by. Before the days of breathable fabrics and gel-grip Asics, button down shirts and pinafore dresses were the way to go.

“You were brought up in school with all that business and wearing tunics and all of that," Wyn said. “We didn't know any different.

“One of the rude awakenings was when we were selected and arrived in New Zealand, we got our uniforms and they gave us stockings.

“We all looked at each other and thought what on earth are they giving us stockings for. They then said to us because New Zealand play with stockings that we had to play with them too seeing they were the host nation.

“Mind you, that's the last thing we wanted to wear. So, in our first match of the Test our team resented and all of us decided to scrap the stockings and see if we could get away with our socks.”

Wyn and her Australian squad chartered the bus to Dunedin, New Zealand in all their stocking rebellion.

“We marched out of the bus, socks and all. We were ordered right back on that bus and told to put our stockings on.”

In the second match held in New Plymouth, the Australians stuck to dress codes to see their second win of the test. They would then go on to win the third match and the series, despite valiant talent from the Kiwi's.

The differences between Australia and New Zealand's style of play were plain to see according to Wyn.

“The difference in the way they go for a goal these days, athletes are right under the post.”

“When I played, the goalies would take shots from anywhere. Some of them even just used the one hand and boy did they have some power behind it.” 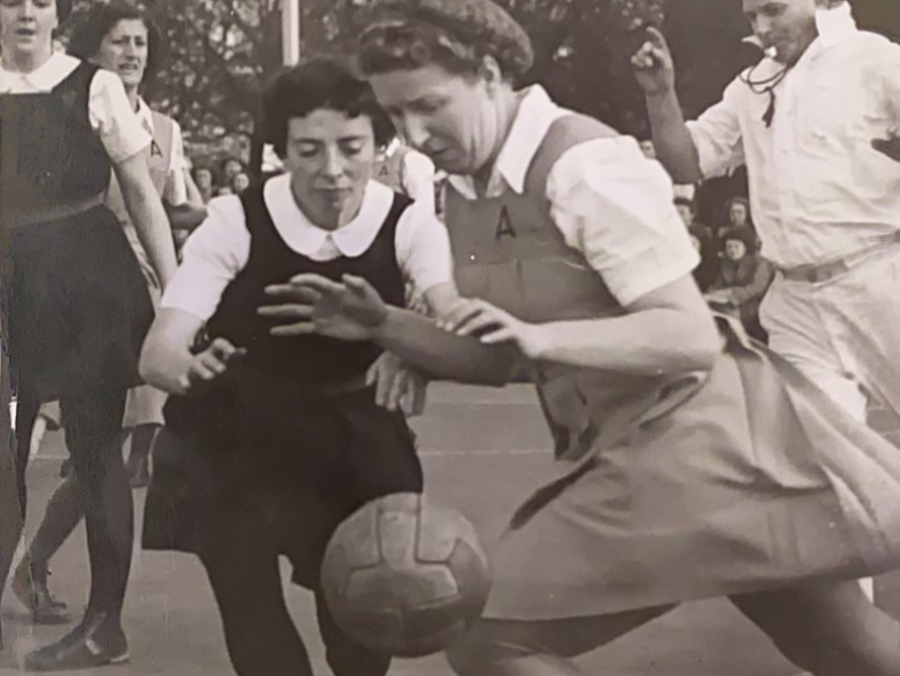 As miraculous as it is for Wyn to reach her 100th year with us, what makes her story especially meaningful is that former New Zealand rival and captain, Oonah Shanahan (nee Murray), reached the milestone just two days before on Friday.

Although the pair didn't compete directly in the 1948 tour, Wyn remembered Oonah in high regard.

“She was a good player,” she said. They were all a bit cut-throat on the court, Oonah included.

A rivalry born 83 years ago and still as alive now as it was then, Wyn said it was privileged to compete against New Zealand that she holds dear today.

“There's no spite or anything in the rivalry, it's just the pleasure to play.”

“They will always be nice memories to look back on and the people you met along the way.”

For Wyn, it's these stories from her time as an Australian representative that take her back to the glory of her youth.

At the conclusion of the 1948 test, she decided to stay in New Zealand with Silver Fern and friend, Adele Turner.

In her late 20's and feeling a new sense of independence, she did what any national netballer living abroad would.

“I actually got a job in an ice-cream factory,” Wyn said with fondness. “I wasn't going to waste the opportunity of going there and not seeing all of the country.”

After a couple months of the “ice-cream and adventure” lifestyle Wyn had created, she returned to Australia to compete with the national netball team until 1951.

The decision to leave the team was one not voluntarily made but forced upon her.

Health complications with Wyn's heart dictated the active individual to take her foot off the pedal and reduce her sporting commitments.

“It was a challenging time and hard to stop it all together, but it gave me time to focus on the other important aspects of my life.”

Wyn found a husband, started a family and poured her heart back into the AFL as a devoted Essendon supporter.

“Just having a good happy family, that's been the main thing.”

Now 100, Wyn's body may not be what it used to, but the memory of representing her country as an athlete in 1948 is alive in her mind.

Preparing for her birthday, her grandson Cam found Wyn's blazer from the 1948 test. She said it was really what sparked so many of the memories she can share.

“Every moment has been a pleasure.”

“If you're interested in something, go for it and do the best you can. Get some enjoyment out of it, because you have a lot of years where you can't do much.”