The stage is set for a huge game one of the 2019 Constellation Cup.

Redemption is an over-used sporting term, and revenge is not quite appropriate in this case, either.

But the Australian Diamonds are still hurting after July’s World Cup loss to New Zealand, and Sunday’s opening Constellation Cup Test in Christchurch is one they are fiercely determined to win.

For the seventh time in World Cups - but in New Zealand's favour for the first time - just one goal separated the two teams in the gold medal game in Liverpool, and such is the strength of netball’s greatest rivalry that Australian coach Lisa Alexander believes strong Silver Ferns make for better Diamonds.

If that holds true over the next fortnight, then the series should be typically compelling. Certainly, strong ticket sales on both sides of the Tasman point to great interest in the next instalment.

“We always see each series as a new start for us, and we’ll obviously use the disappointment of World Cup,’’ Alexander said in Christchurch this week. “(But) there was mixed with that a bit of pride, too, because we did win a silver medal and the Silver Ferns prevailed on that day by one goal.

“We should use that to drive us to higher heights. We’re still No.1 and we want to maintain that ranking, but you don’t maintain it by standing still. You keep your No.1 ranking by getting better and that’s what we’ll seek to do in this tournament.’’

So much has happened over 18 eventful months. Fourth at the 2018 Gold Coast Commonwealth Games was foreign ground for New Zealand in every respect, prompting a major review and the appointment of talismanic coach Noeline Taurua to the top job. Nor was a pair of silvers from both pinnacle events in the last four-year cycle the colour metal Alexander’s team - dethroned defending champions in both - had wanted. 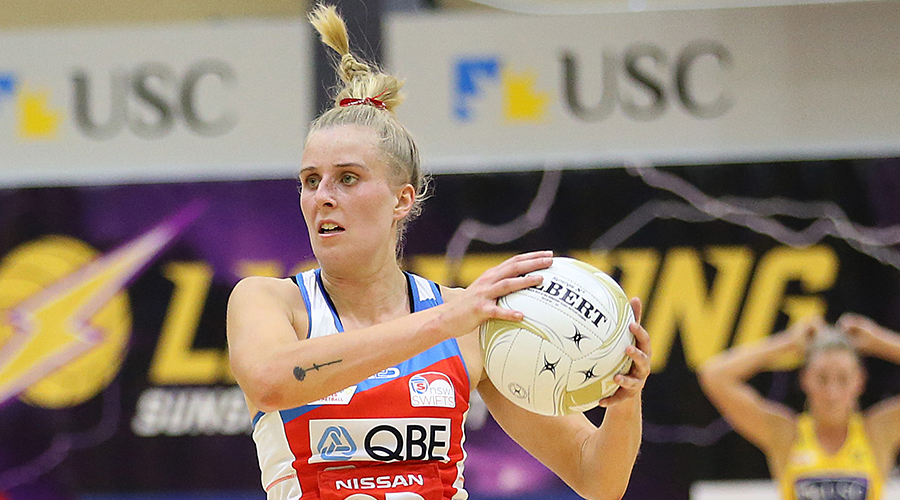 Since Liverpool, Diamonds’ goal defence April Brandley has stepped aside due to pregnancy (replaced by NSW Swift Maddy Turner), and Kelsey Browne suffered an ACL tear (making way for another debutante, the Lightning’s Laura Scherian), while Steph Wood has taken a break that has benefitted the recalled Tegan Phillip and the return of four-Test Magpie Ash Brazill adds up to an expanded squad of 13.

The Ferns' defensive great Casey Kopua has retired (replaced by Michaela Sokolich-Beatson), while her fellow “fossils” Maria Folau and Laura Langman are continuing on, for the short-term at least, but their appearances in the Christchurch and Auckland Tests are likely to be their last at home.

With fewer personnel changes among the opposition comes greater planning certainty for Alexander. “It means that our preparations can be pretty specific on the most recent outing against them,’’ she said, acknowledging the success of the recent switch of Katrina Rore to wing defence alongside the departed Kopua, and the impact of “unsung hero’’ Ameliaranne Ekensio in goals.

While ready for a NZ team that is fitter than ever before, Alexander promised the  Diamonds would have “a couple of surprises up our sleeves” this series. The new trio is well-known to Taurua following her three years at the Sunshine Coast, including the recycled Brazill in the midcourt.

“She’s really worked hard at her game, she’s listened to the feedback from the selectors and she’s come in with a renewed passion, really team-focused,'' Alexander said of the super-athletic Brazill.

"So has Laura Scherian - it’s her first opportunity but as a mature-aged person. She’a another one that gives us a really good insight into the way Noeline coaches… so that’s really important information for us, and she just can’t wait to have her opportunity.’’ 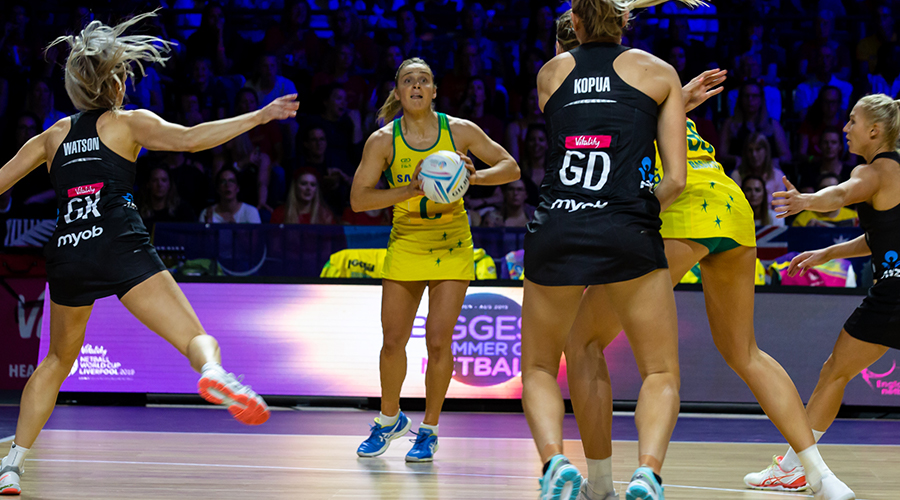 Vice-captain Liz Watson conceded that the hurt still lingered from the stunning 52-51 result in Liverpool, but echoed her coach’s sentiments about new competition, new start. There are four Tests, so the ambition is to be ahead 4-0 when the last finishes in Perth on October 27.

“To have a good start is something we always speak about - not just in games but in tournaments as well, and it’s a challenge being over here first and performing in front of the Ferns crowd and in their environment but it’s something that we know that we can do,’’ Watson said.

The rivalry stretches back to 1938, but the Constellation Cup only to 2010, and Australia has won eight of the nine series, including three out of four games in 2018. The next chapter is imminent. And exciting.

“This group’s extremely motivated to get back on the horse, so to speak, and even after the game in Liverpool the team just wanted that extra time to keep going, because we felt we were getting on top of them, so we want that opportunity again to have another crack, and this is the perfect opportunity,’’ Alexander told diamonds.com.au.

“I think it’s obviously regenerated a lot of interest in New Zealand netball, as well. The  ticket sales have been enormous in both countries, and there’ll be that great rivalry back again, which will be fantastic.’’