Diamonds and Firebirds shooter Gretel Tippett has taken home the Liz Ellis Diamond, as well as being named the International Player of the Year at the Australian Netball Awards in Sydney.

Samsung Australian Diamonds and Queensland Firebirds shooter Gretel Tippett has been awarded the Liz Ellis Diamond at the Australian Netball Awards in Sydney.

It capped off an already incredible night for the 26-year-old, who was also named the International Player of the Year and the starting goal attack in the Suncorp Super Netball Team of the Year.

2019 was a career year for Tippett, who played in her first Netball World Cup and was part of both the Constellation Cup and Quad Series winning sides.

During 2019, Tippett stamped herself as the nation’s best goal attack, scoring 267 goals for the Diamonds at 95 per cent shooting accuracy on her way to being named the International Player of the Year by her peers. 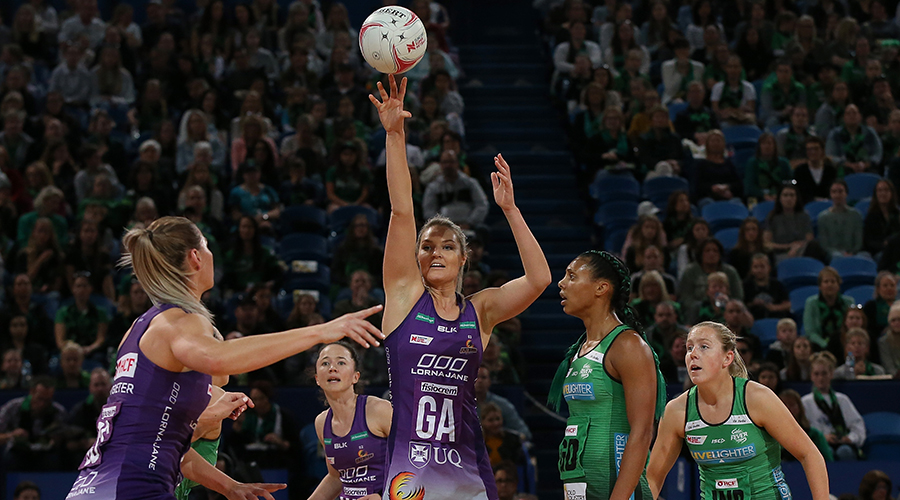 Her strong international form also translated to the domestic competition where she claimed the Queensland Firebirds’ Laura Geitz Medal as their best and fairest player after scoring 394 goals at 96 per cent accuracy, 130 goal assists and 325 centre pass receives.

These phenomenal numbers were good enough for Tippett to be named the starting goal attack in the Suncorp Super Netball Team of the Year.

Tippett is the eleventh player to be awarded the Liz Ellis Diamond at the Australian Netball Awards, the highest award given out on the night and one that recognises excellent performance at both the domestic and international level.

The winner is determined by votes cast by Suncorp Super Netball players, coaches and high-performance staff as well as Australian Diamonds players and coaches after every game played in 2019.