The 13-athlete team vying to retain the Constellation Cup against the New Zealand Silver Ferns this October has been named, with three changes from the World Cup team highlighting the list.

Netball Australia has selected 13 athletes in the Samsung Australian Diamonds team which will face the New Zealand Silver Ferns in the upcoming Constellation Cup test series this October.

Nine of the athletes who represented Australia at the 2019 Vitality Netball World Cup this year have been selected, along with returning Diamonds #162 Tegan Philip and #166 Ash Brazill, and two new faces in Laura Scherian and Maddy Turner.

With Kelsey Browne ruled out for an extended period with an ACL injury and April Brandley recently announcing her pregnancy, two spots in the 2019 Netball World Cup team were up for grabs. A third position was also made available with shooter Steph Wood opting out of selection for the Constellation Cup tour to rest and regenerate.

Samsung Diamonds head coach Lisa Alexander, who will coach her 100th Diamonds match in Auckland, said she’s excited by the new-look team that will be taking on New Zealand.

“My fellow selectors Annie Sargeant, Michelle Wilkins and I believe this is the combination of players that we need to face an incredibly strong Silver Ferns team, with flexibility right across the court and a great mix of experienced talent and exciting up-and-comers,” she said.

“It’s a testament to Netball Australia’s pathway that we have such depth within our elite program that it makes selection quite a task. 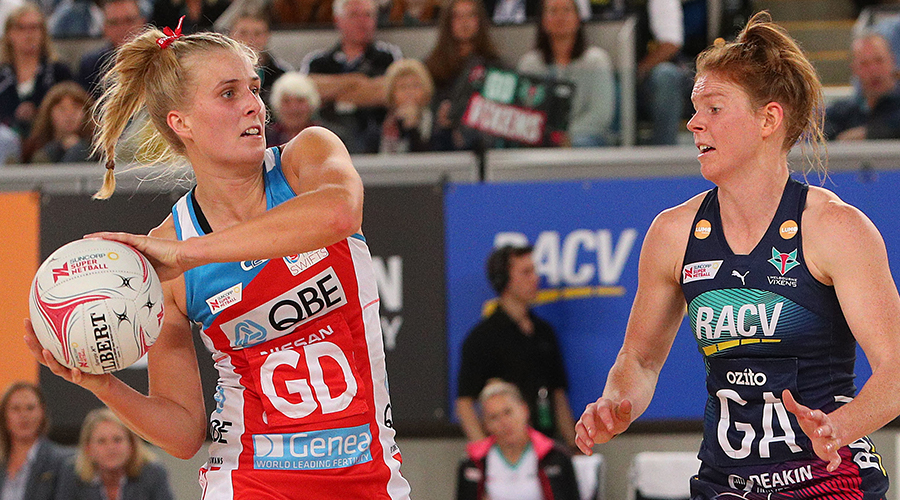 “I would like to commend Ash Brazill, Tegan Philip, Laura Scherian and Maddy Turner on their selection following their outstanding Suncorp Super Netball seasons – they’ve shown they have what it takes to perform against the world’s best, standing up in key moments, and we’re thrilled to welcome them into the team.

“The rivalry and respect between the Diamonds and Silver Ferns is immense and it’s always such a great battle – we’re so looking forward to playing four, no doubt, thrilling matches.”

There will be no camp held prior to the Constellation Cup and the team will depart from their home states for New Zealand on Tuesday 8 October.

The Constellation Cup is an annual four-match test series against the New Zealand Silver Ferns, being played in:

Since going on sale in August, more than 21,000 Constellation Cup tickets have been sold across the Sydney and Perth matches and only limited tickets remain for Perth.

Tickets for the Sydney and Perth Constellation Cup matches are available via ticketek.com.au.