The Australian Diamonds will go into their game six clash against New Zealand undefeated, after beating the Malawi Queens 74 goals to 25 at the Netball World Cup

The Diamonds are now five wins from five games at the Netball World Cup, after beating Malawi 74-goals to 25 in Liverpool’s M&S Bank Arena.

It was an emphatic performance by the Australians, who held Malawi to their lowest ever Netball World Cup score and now go into their game six clash with New Zealand undefeated.

The Malawi game-plan was obvious from the opening whistle – get possession, hold on to it, and don’t give the Australian’s any opportunities. 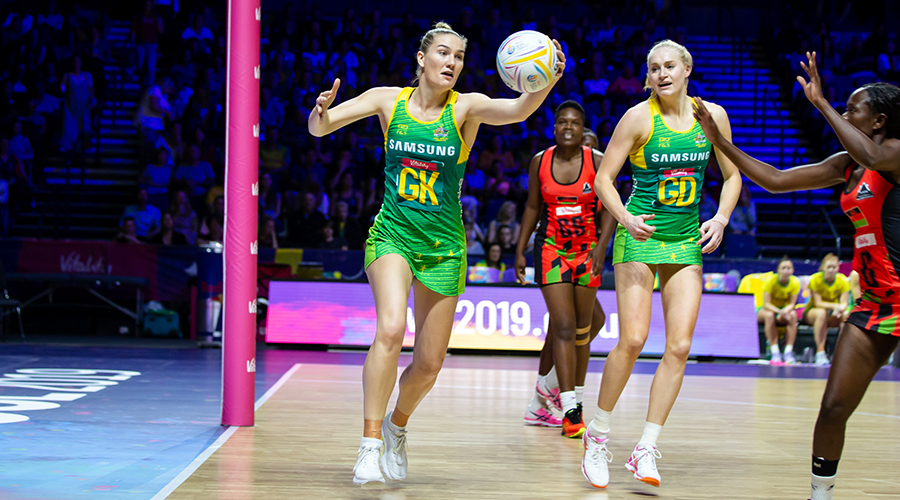 Which is easier said than done against a Diamonds team that is forcing turnovers at alarming rate in the opening stages of the tournament.

And that’s exactly what happened, as the Aussies caused an impressive 10 of their eventual 40 turnovers in the opening 15-minutes, on their way to a 21 to two-goal lead going into the first break.

Player of the Match Courtney Bruce played a massive role in this and continued her strong tournament, pressuring the Malawi shooters and forcing the Queens to make difficult passes all game long.

It was more of the same for the Diamonds in the second, outscoring the Malawi Queens 20 goals to five, the tournament’s lowest halftime score so far, in a clinical display of netball. 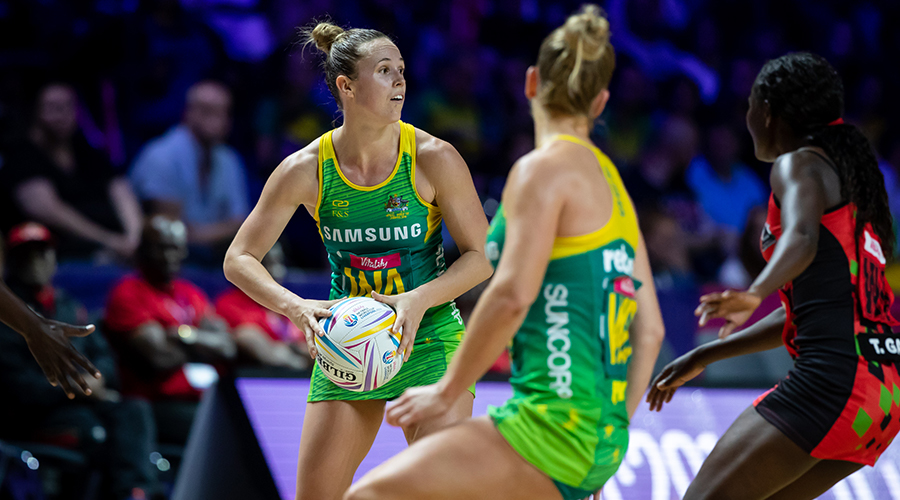 Paige Hadley, who has spent time at centre and wing defence through the first four matches, had a mammoth game at wing attack, capitalising on the Malawi turnovers and feeding both Caitlin Bassett and Gretel Tippett with pinpoint passes.

As we’ve seen in almost every match so far in Liverpool, head coach Lisa Alexander has not been afraid to go to her bench at halftime. And, with a 36-goal lead, that’s exactly what she did, bringing on Caitlin Thwaites, Steph Wood, Kelsey Browne and Sarah Klau for Bassett, Tippett, Hadley and Jo Weston.

Malawi came out of the changerooms a different team, cleaning up their passing, slowing down the Diamonds in attack while scoring nine-goals, four more than they scored in the opening two quarters.

But the Diamonds fought back hard and the shooting combination of Thwaites and Wood, which has been unstoppable so far in the Netball World Cup, continued to impress, as the tandem combined for 20 of their 33 total goals in the third.

The two teams fought out another hotly contested quarter to close out the game, with the Diamonds just having that extra polish required to finish their plays and keep the scoreboard ticking over. 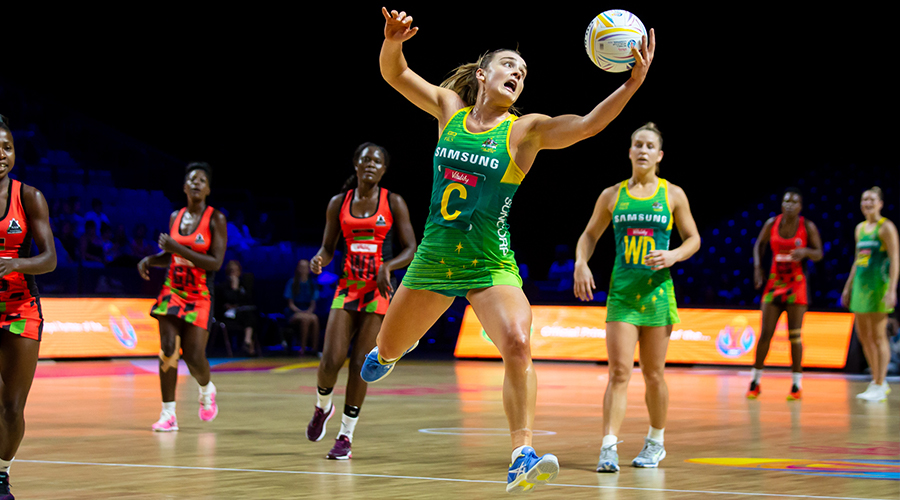 It was another strong performance for the Diamonds, who will now take on traditional rivals New Zealand for the number one spot in the group. This match will be televised live on 9NOW and 9GO at 7PM AEST on Thursday.