The 2019 Constellation Cup will move on to Sydney tied at one win a piece, after the Australian Diamonds claimed a dominant 48 to 42-goal win over New Zealand in Auckland on Wednesday night.

It was the perfect way to celebrate Head Coach Lisa Alexander’s 100th game, who will be thrilled with her players efforts after they held the Silver Ferns to their equal lowest score since 2014 in an impressive four quarter performance.

Both teams put on a defensive clinic in the early stages of the game as just six goals were scored in total in the opening five-minutes.

Player of the Match Courtney Bruce got the start at goal keeper on the always dangerous Maria Folau and was relishing the opportunity to play alongside Jo Weston and Ash Brazill in the defensive end. The trio had a massive first quarter, causing six-turnovers and conceding just ten-goals. 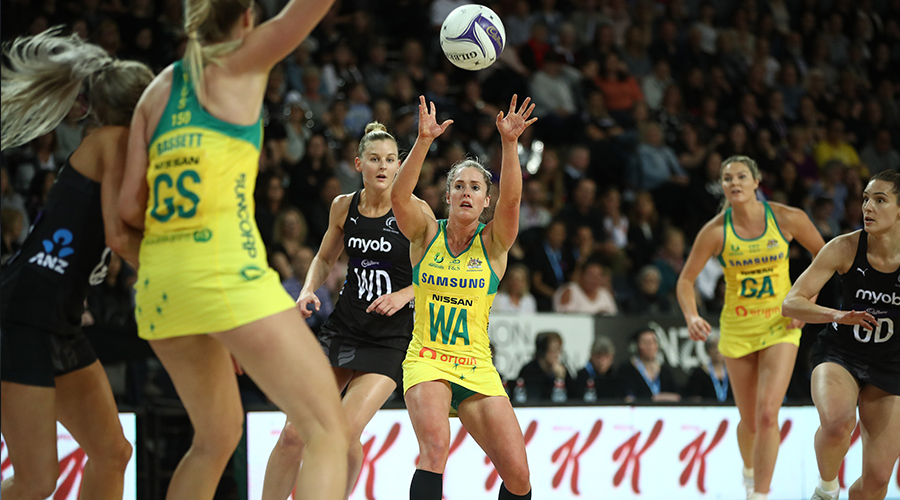 There was still some room for improvement up the other end for the Diamonds, where the shooters and feeders seemed to be on completely different wavelengths at times. But things started to click towards the tail end of the quarter and the Diamonds skipped out to a 13 to ten-goal lead at the first break.

Scoring continued to come at a premium for both teams to start the second quarter with just 15-goals being scored in total in the opening ten minutes.

Bruce continued to dominate for the Diamonds, forcing the Silver Fern shooters away from the post and picking off seemingly every deep pass. She had a massive game, finishing with 12-gains, five-intercepts and five-rebounds, all game highs.

The battle at the centre position between Liz Watson and Laura Langman was living up to its pregame billing. Both were working overtime to keep the pace of the game up and give their shooters the best chance to score.

After a strong finish to the second quarter, the Diamonds came out of the halftime break with a five-goal lead, and they set about extending that lead immediately when Paige Hadley found Bassett all alone under the post in the opening seconds of the third. 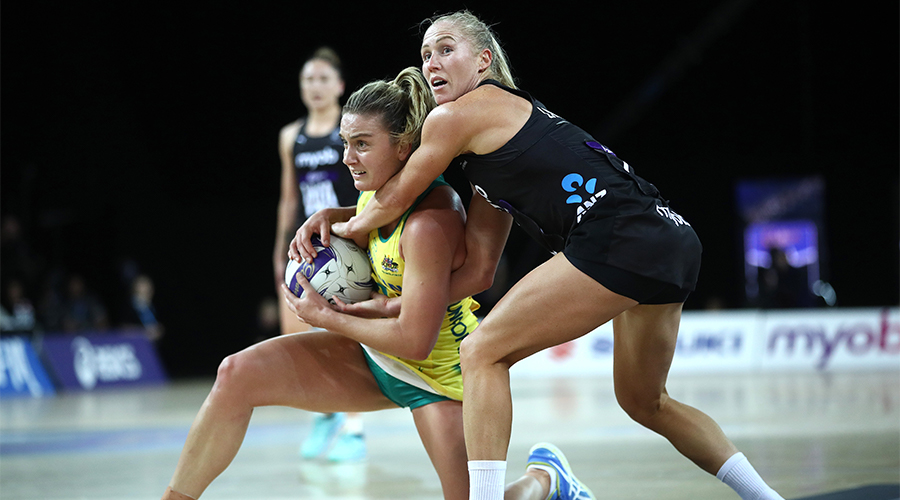 It was all coming together for the Australian’s, who were pulling away on the scoreboard and throttling the Silver Ferns attack. When Tegan Philip, who replaced Tippett at goal attack to start the quarter, scored her fourth goal, the Diamonds were out to a comfortable ten goal lead and looking good.

The Silver Ferns had to respond, and respond they did, scoring six straight goals and whipping the capacity Spark Arena crowd into a frenzy as they went into the final break trailing by just five.

If the Aussies wanted to go into game three in Sydney with the series tied at one win a piece, they had to get off to a strong start. And they got just that, scoring three of the first four goals of the quarter to extend their lead to seven. 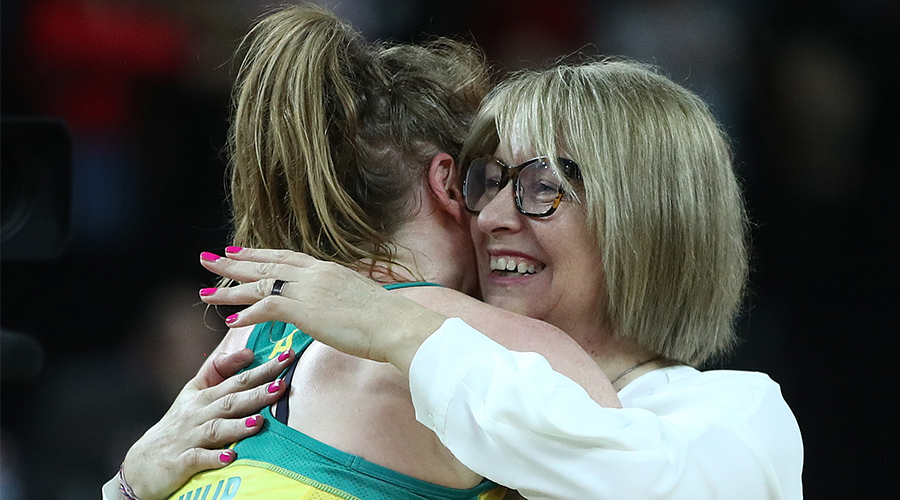 Lisa Alexander opted for an entirely new look up forward to close out the game, with Philip at goal shooter and Tippett out in front of her at goal attack.

It proved to be a good move, as the mobile shooting circle allowed the Diamonds to keep the ball away from the Ferns while also keeping the scoreboard ticking over, as the Australian’s finished with a six-goal win.

Game three of the series will take place this Sunday at Sydney’s Qudos Bank Arena, with tickets for the massive match still available through Ticketek Australia.