The Diamonds have beaten the New Zealand Silver Ferns by just one-goal to finish the top of the group and progress through to the semi-finals of the Netball World Cup undefeated.

The Diamonds are through to the Netball World Cup semi-finals after a classic match against old-rivals New Zealand, holding on to beat the Silver Ferns 50-goals to 49 in Liverpool.

Australia led for much of the 60-minutes of play, but New Zealand fought back hard, levelling the scores with just 90-seconds remaining.

But, thanks to a clutch goal from Diamonds Captain Caitlin Bassett and a last second miss from Maria Folau, the Diamonds held on to win by the slimmest of margins and top the group.

The game got off to just the start the packed M&S Bank Arena crowd was looking for, as both teams set about feeling the other out, establishing their game plan and settling into a rhythm.

The Silver Ferns and their patented zone setup seemed to frustrate the Diamonds early in the quarter but, thanks to some slick passing by Kelsey Browne and brilliant movement by Steph Wood in the goal circle, the Diamonds took a slim 13 to 10-goal lead into the first break. 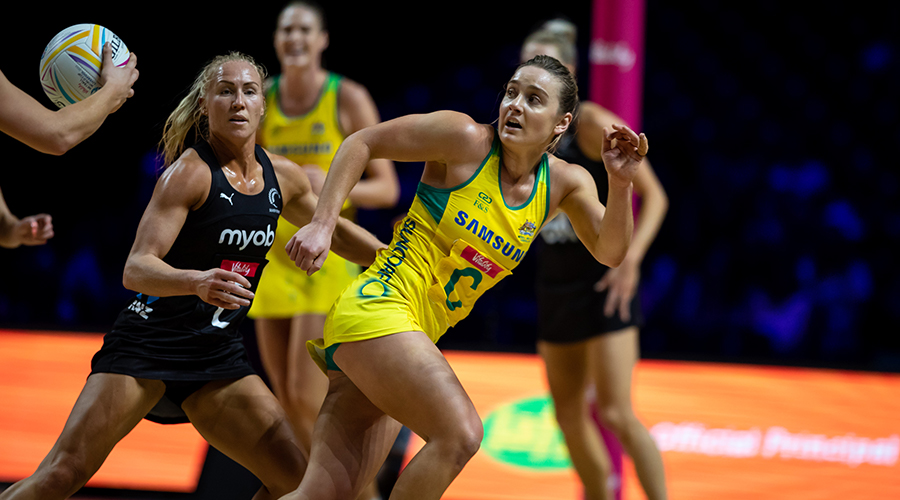 Perhaps the biggest match-up of the game was in the middle where two of the best centres in the world in Liz Watson and Laura Langman locked horns. And it did not disappoint, with both players battling hard for position around the goal circle and racking up the feeds.

New Zealand shooter Maria Folau was red hot in attack for the Silver Ferns, showing off her game-changing shooting range and spectacular instinct with 10 of her 21-goals coming in the second.

But the Diamonds were pushing the traditional rivals hard, led by some inspirational defence by Jo Weston and Player of the Match Courtney Bruce who attacked the ball hard all game and provided the quick transition out of defence that is crucial when playing against the zone.

Bassett set about extending her team’s 28 to 22-goal halftime lead immediately, firing in a long range shot in the opening seconds of the third. She finished with a game-high 37-goals from 41-shots. 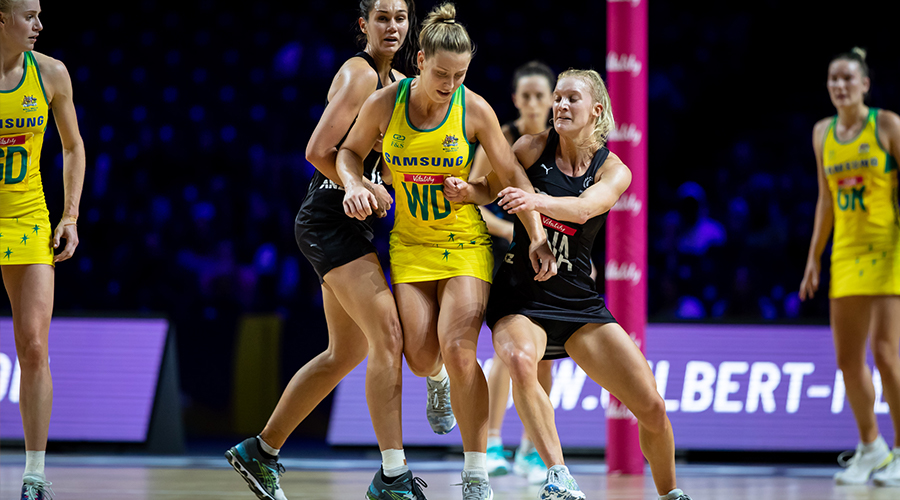 With a spot in the Netball World Cup semi-finals against the loser of England and South Africa up for grabs, things started heating up on the court midway through the third and the physicality of the game went to another level.

The Diamonds jumped out to a seven-goal lead at one stage but couldn’t shake the Silver Ferns, who were riding the hot hand of young shooters Bailey Mes and Ameliaranne Ekenasio, cutting the Aussie lead to just four coming into the final quarter.

It was an epic last five minutes, befitting of the 55 that came before it, as the teams took turns pulling off breath-taking turnovers and scoring stunning goals. And with just 90-seconds remaining, the scores were level.

In an unforgettable final minute, Bassett was able to break the deadlock and Folau couldn’t match her down the other end, landing her shot on the front of the ring seconds before the final siren sounded. 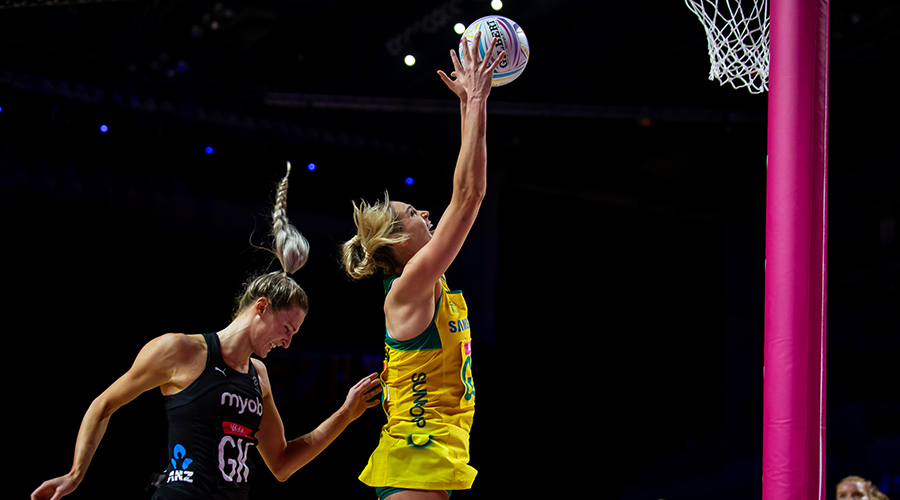