The Diamonds will return home from the Netball World Cup with the silver medal after going down to the New Zealand Silver Ferns 52-goals to 51.

The Australian Diamonds are the 2019 Netball World Cup Silver Medallists, after going down to the New Zealand Silver Ferns 51-goals to 52 in the Gold Medal Match in Liverpool.

The Australian’s fought hard all game, drawing to within one-goal of the Silver Ferns late, but were unable to overcome a clinical New Zealand side who controlled the game for much of the four quarters.

It was tight and tense early, as you’d expect from an Australia vs New Zealand World Cup Final, with the teams going goal-for-goal for the opening five minutes.

It was the Diamonds were able to settle first, breaking away to a four-goal lead at the midway point, thanks to some brilliant defensive work by Courtney Bruce and Jo Weston. 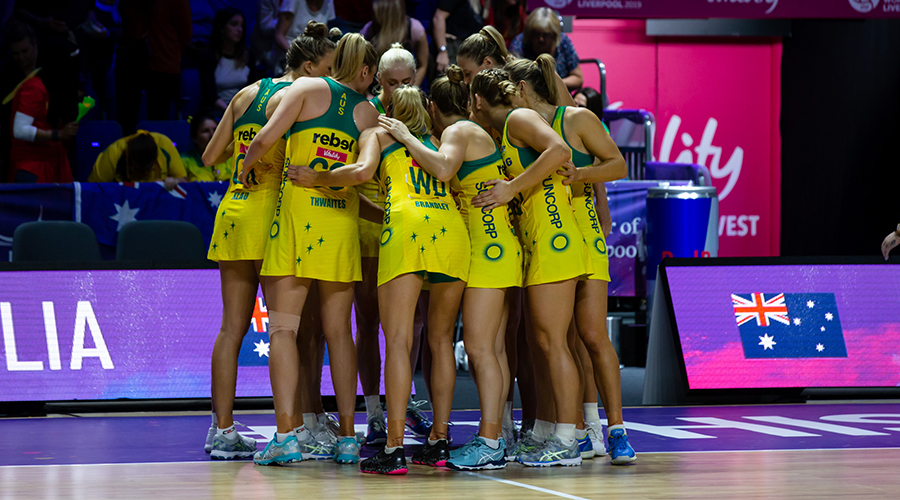 But the Silver Ferns would not be shaken off so easily, and made the Aussies pay for some unforced passing errors, reeling the Diamonds back in and levelling the scores as the quarter time siren sounded.

Five minutes into the second and the deadlock still couldn’t be broken, as both teams patiently and methodically moved the ball through the others defence with ease.

Steph Wood was her usual crafty-self in the Diamonds attack end, leading the team with eight first half goal assists and stretching the Silver Ferns defence with her long-range shooting and clever movement.

The Diamonds cracked first and Silver Ferns shooters Maria Folau and Ameliaranne Ekenasio got to work, scoring three unanswered goals to go into the changerooms at half time with 28-goals to 25 lead.

With her team down, Australia head coach Lisa Alexander opted to change the team dynamic up both ends, bringing on Gretel Tippett for Wood and Sarah Klau for Bruce. 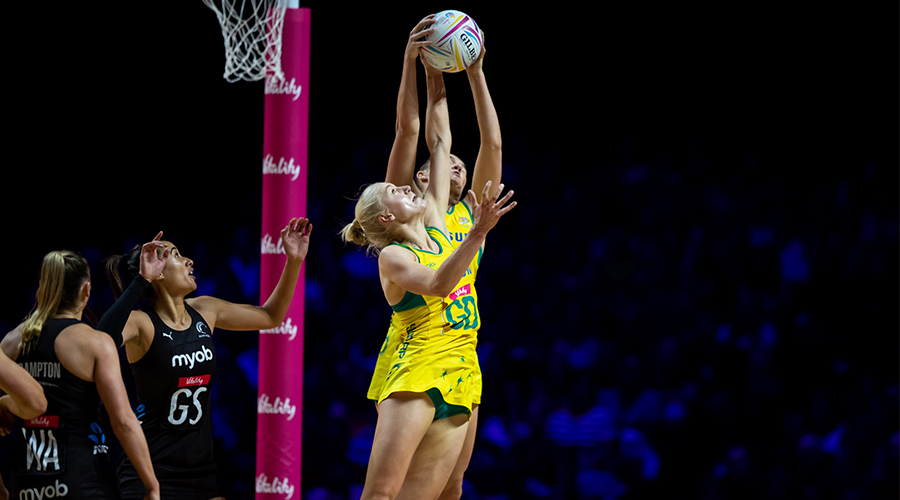 But the Aussies were rattled, and New Zealand capitalised on it, bursting on to the court and scoring six of the first eight goals for the quarter, stretching their lead to out to eight.

The Silver Ferns were playing mistake free netball, lead by captain Laura Langman and Player of the Match Casey Kopua, they locked down the Australian attack and the frustration was beginning to show as both Klau and Jamie-Lee Price receiving warnings.

The Diamonds finished the third strong, dragging the Silver Ferns lead back to just four at the quarter break, and got to work making further in-roads right away, scoring six goals to three in the opening five minutes.

Tippett and her incredible athleticism was changing the game for the Diamonds, as she flew around the attack end racking up goals and feeding her captain in the circle. 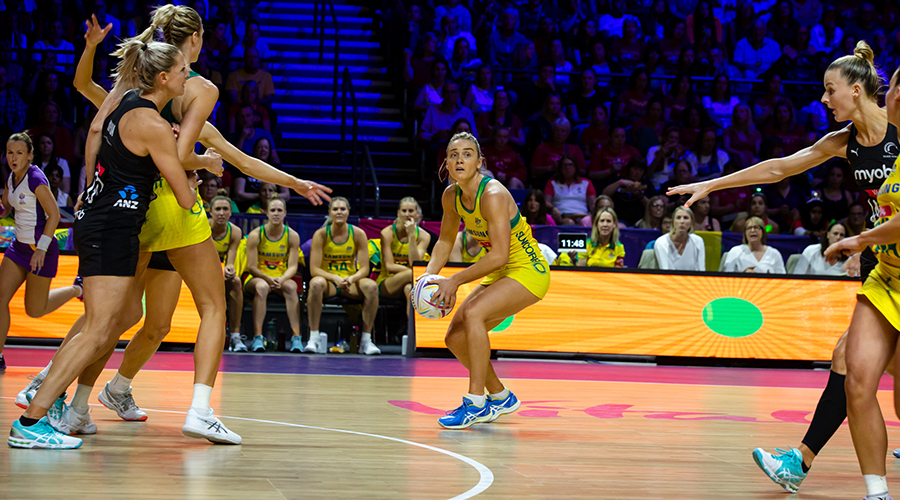 But it just wasn’t enough, as the New Zealanders would not be denied, holding off a brave Australian team on their way to winning their fifth Netball World Cup by just a single goal.