The Australian Diamonds have kicked off their 2019 Netball World Cup defence with an emphatic 88 to 24 goal win over Northern Ireland in Liverpool.

The Samsung Australian Diamond’s Netball World Cup title-defence have got off to the perfect start after defeating Northern Ireland 88 goals to 24 at Liverpool’s M&S Bank Arena.

It was a dominant display by the Diamonds who shot an incredible 88 goals from 92 shots while allowing just nine second half goals.

Diamonds captain Caitlin Bassett wasted no time proving that she is fit and raring to go after missing both warm up matches in Manchester with concussion, scoring the opening five goals of the game. She finished with a match high 33 of 34 shooting from just two quarters.

With a 17-goal lead coming into the second quarter, the Diamonds looked sharp in all areas of the court.

The midcourt combination of vice-captain Liz Watson at centre, Jamie-Lee Price at wing defence and Kelsey Browne at wing attack provided all the speed, toughness and creativity needed to help Steph Wood and Bassett shoot an incredible 44 of 46 at the half.

Diamonds head coach Lisa Alexander made some massive changes coming into the second half, as Caitlin Thwaites and Gretel Tippett got to work extending the 30-goal halftime lead.

Eventual Player of the Match Kelsey Browne was unstoppable, finishing the game with a game-high 26 goal assists, an incredible 34 feeds and 11 centre pass receives.

Her speed around the court and her attack on the ball gave the Northern Irish players fits for the three-quarters she was on the court.

Australian fans would be thrilled with the depth on the display as all 12-players played at least two quarters throughout the game.

Despite more changes to the team going into the fourth quarter, things continued to run smoothly for Australia, outscoring Northern Ireland 21 goals to five and securing an emphatic 64-goal win. 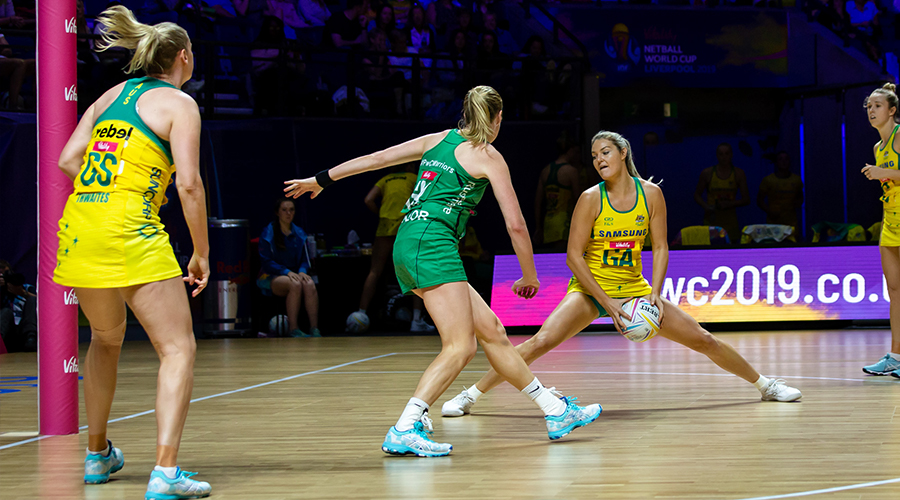 The Diamonds World Cup campaign continues tomorrow against Zimbabwe at 5.45PM AEST and will be televised on 9GEM.