The Australian Diamonds will have a chance to win their 12th Netball World Cup after defeating South Africa 55-goals to 53 in a thrilling semi-final in Liverpool.

The Australian Diamonds are through to the Gold Medal match of the 2019 Netball World Cup, after holding on to defeat South Africa 55-goals to 53 in the equal closest World Cup semi-final ever in Liverpool.

Despite leading for much of the contest, the game came down to the wire as South Africa drew to within just one-goal of Australia in the closing minutes. But the Diamonds were brave and fought to the final whistle to take out the match.

The South African’s, in their first ever Netball World Cup semi-final appearance, came out strong, methodically moving the ball around the court and stalling the Diamonds on their attacking goal circle. 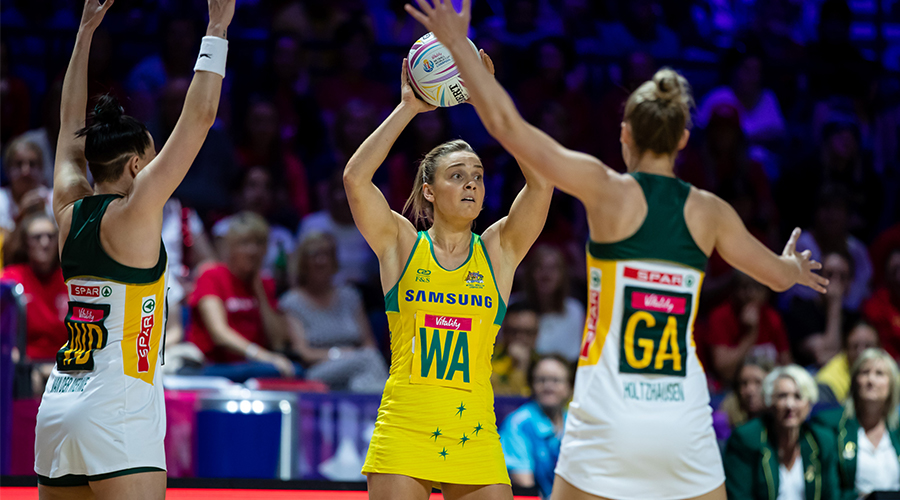 The Diamonds managed to keep the scores tight early, but it was hard going, as the South African defensive duo of Phumza Maweni and Karla Pretorius used their size and positioning to monster the Aussie shooters Gretel Tippett and Caitlin Thwaites.

It took plenty of clever movement and pinpoint passing from Player of the Match Liz Watson, who had eight of her 24-goal assists in the opening 15, to crack the Protea defence and go into the quarter time break with a 14-goals to 10 lead.

Lenize Potgieter played a spectacular match at goal shooter for South Africa, keeping her team in striking distance when the Diamonds threatened to break the game open midway through the second.

It wasn’t enough to keep the Australian’s at bay, who patiently moved the ball forward and were able to break out to an eight-goal lead, utilising the athleticism of Tippett who scored 11 of her total 23-goals in a spectacular second quarter. 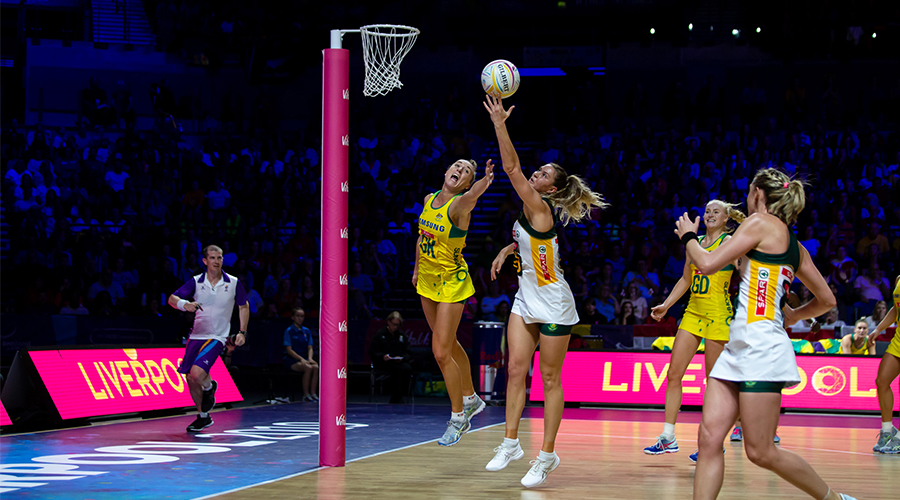 Looking for more speed in the attack end, Diamonds head coach Lisa Alexander brought on Kelsey Browne at wing attack, and her impact was felt straight away as she darted through heavy traffic and tried to make space.

South Africa would not go away, pressuring every pass, creating turnovers and outscoring the Diamonds 16-goals to 12 in an impressive quarter of netball.

Alexander went to her bench again in the fourth, bringing on Courtney Bruce, Watson and Wood for Klau, Browne and Tippett, while moving Hadley to wing attack.

The crowd erupted when South Africa scored six of the opening nine goals to draw within one goal of the Australians with nine minutes to go.

But the Aussies were resilient and hung on to win it by two, thanks to some tight midcourt defence from Watson and Jamie-Lee Price and clutch shooting from Thwaites, who ended the game with 30-goals from 30-shots. 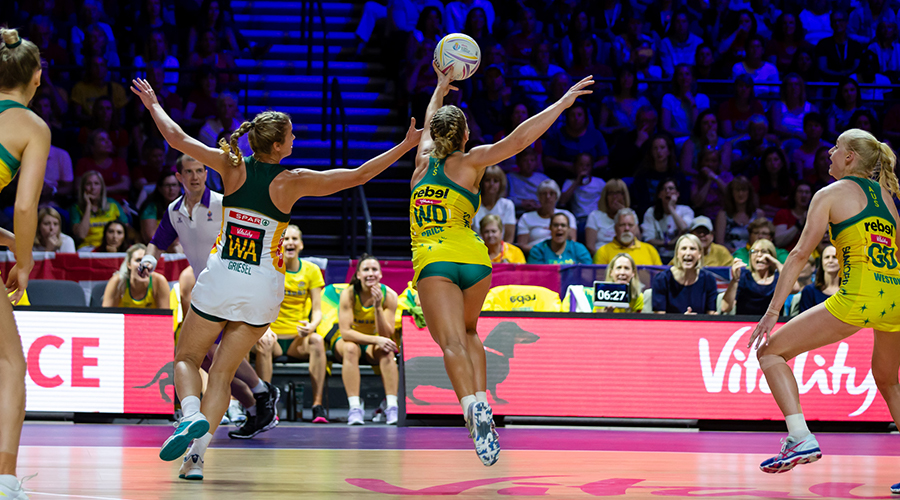 With this win, the Diamonds move on to Monday morning’s gold medal match against the winner of the other semi-final between England and New Zealand.

Full match and broadcast details for the gold medal match to be confirmed after the England and New Zealand game.