The Diamonds will move into the second round of the 2019 Netball World Cup undefeated, after beating Sri Lanka 99-goals to 24 in a dominant display Liverpool.

The Diamonds will move on to the next round of the Netball World Cup undefeated, after beating Sri Lanka 99-goals to 24 at the M&S Bank Arena in Liverpool.

It was a clinical display by Australia, from start to finish, suffocating the Sri Lankan attackers and scoring an unprecedented 99-goals thanks to some incredibly accurate shooting and spectacular passing play. 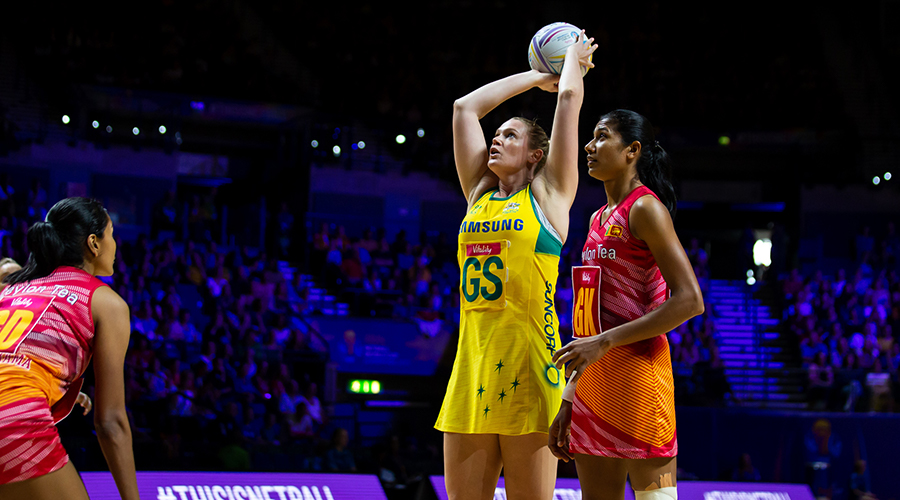 The Diamonds were clean from the get go, transitioning from stifling defence to free flowing attack with ease.

Caitlin Thwaites got the start at goal shooter and was unstoppable in the circle, firing 14 of her eventual 67-goals for the match. Her ability to work with the ultra-creative Steph Wood in-front of her at goal attack led to some breathtaking passages of play.

Both shooters displayed incredible accuracy throughout the match, missing just three of their 102 total shots, an astounding 97.1 percent.

With a 20-goal to seven lead coming into the second quarter, the Diamonds were full of confidence, pouncing on every Sri Lankan mistake and making them pay on the scoreboard. 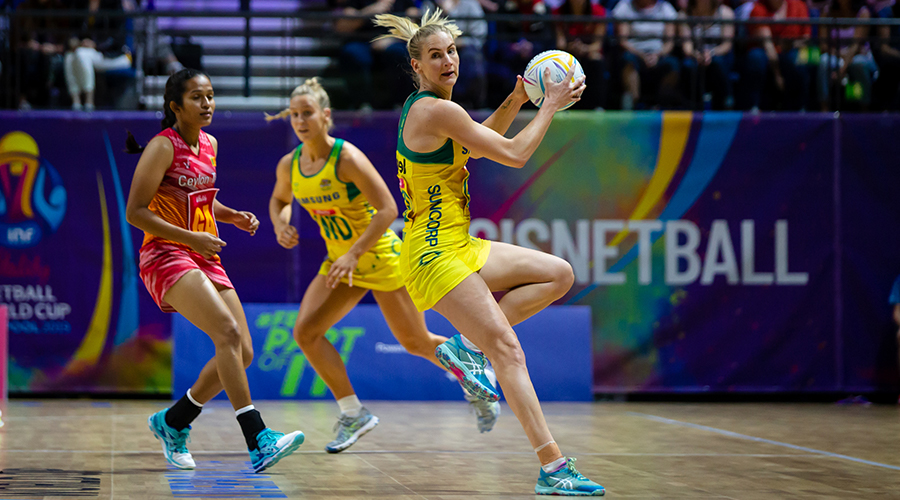 April Brandley was all over the court, shutting down the Sri Lankan attackers and getting her hands on what seemed like every ball that came near her in a dominant second quarter by her and her teammates.

The Diamonds got stuck into extending their 32-goal halftime lead right away with more of the same dead-eye shooting from Thwaites and some incredible pin point passing from Player of the Match Kelsey Browne, who finished with 43 goal assists, 48 feeds and 21 centre pass receives.

It was a breathtaking quarter by the Australian’s, who outscored their opponents 28-goals to seven on their way to a 53-goal lead at the end of the third.

After three-strong quarters, it was important for the Diamonds to finish the game strong. And they did not disappoint, scoring 24 fourth quarter goals on their way to reaching 99-goals, the highest score of the tournament so far and their third highest World Cup total ever.

The Diamonds will now progress on to the next phase of the tournament and await to find out who they will play tomorrow.