The Samsung Diamonds have signed off on a stellar year by retaining the Constellation Cup with a 58-47 win against the New Zealand Silver Ferns at TSB Bank Arena, Wellington.

Australia can be proud of 2018, during which they lost only two games in a packed international campaign stretching back to January.

In their final outing before next year’s World Cup build-up, the Diamonds made a memorable statement by controlling all but the final quarter when the Silver Ferns scrambled to stage a mini fightback.

Head coach Lisa Alexander responded to the loss in Hamilton by keeping her starting seven on court for the entire game.

And those seven repaid that faith, winning the cup for the Australians for the sixth consecutive time.

Defensively, the Diamonds were fearsome but there was also a lively 21-goal performance from Gretel Tippett who strengthened her partnership with captain Caitlin Bassett (37 goals).

Leading the defence was the menacing Courtney Bruce. The West Coast Fever captain was a daunting presence in defence where she tamed Maria Folau (27/34). 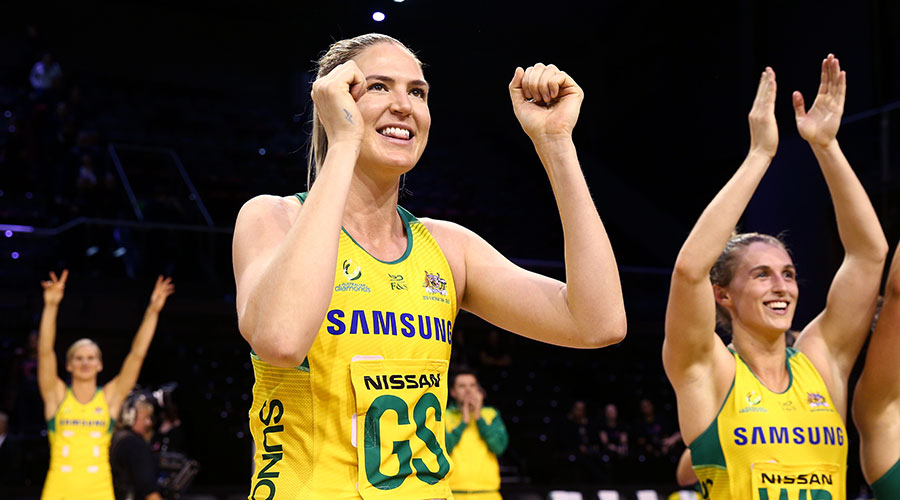 Statistically, Bruce has had more prolific games but the records won’t necessarily show the physical pressure, anticipation or ability to muscle her direct opponent away from the post.

Gabi Simpson returned to the Australian mid-court after starting from the bench for the past two games, when April Brandley and Jamie-Lee Price were given opportunities.

The Firebirds captain made an impact in her comeback with a first-quarter intercept and a nagging role that forced the hosts into six early turnovers.

A messy opening from both sides opened up as the game progressed and by early in the second term Australia had an eight-goal lead.

The margin weighed on the Kiwis who, in contrast to the win in Hamilton, were unable to win ball from the Diamonds shooting circle.

Jane Watson, a star throughout the Quad Series and Constellation Cup, made way for Sulu Fitzpatrick at goal keeper in a bid to disrupt the gold dresses. Her absence was brief, with the Tactix defender back on court in time to peg back Australia’s lead to single figures at halftime. 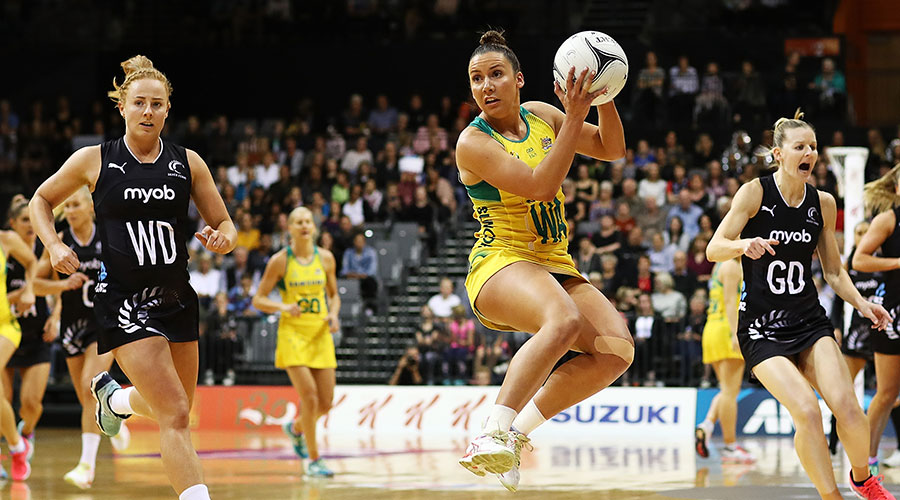 Kelsey Browne’s introduction to international netball has been one of the shining lights of this campaign and she took another confident step in Wellington.

Her acceleration and agility have caused constant problems for New Zealand. Toughness is another asset and she barely winced when flattened by Fitzpatrick during the third quarter.

New Zealand coach Noeline Taurua tried a range of options to wrestle back control of the game after halftime.

She made multiple changes at each end, including teenager Aliyah Dunn at goal shooter, but none could alter the course of the contest.