The Diamonds have won their second match at the 2019 Netball World Cup, beating Zimbabwe 73-goals to 37 in a scrappy clash at M&S Bank Arena in Liverpool.

The Australian Diamonds have won their second game of the 2019 Netball World Cup in Liverpool, defeating Zimbabwe 73-goals to 37 in a bruising affair at M&S Bank Arena.

It wasn’t the prettiest game of netball and the umpires were kept busy from start to finish, calling 109 penalties in what was a punishing four quarters of play.

The Diamonds, who took to the court wearing their alternate green dress, were on from the start as Liz Watson forced a turnover on the opening Zimbabwe centre pass. 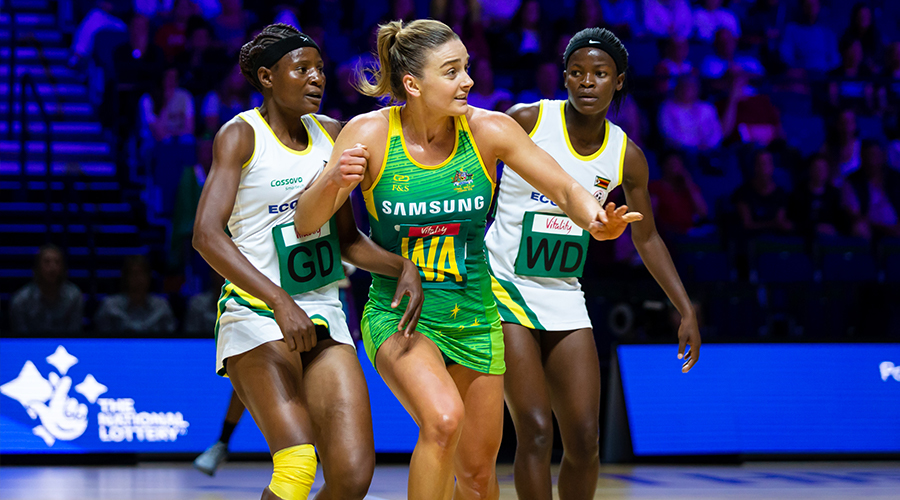 With the ultra-physical Zimbabwe defence and midcourt applying heavy pressure on the Australian’s, it was a hard-fought opening 15-minutes for both teams.

And the Zimbabwean’s continued that strong play in the early stages of the second quarter, scoring the opening four goals and dragging the Diamonds nine-goal quarter time lead back to just five.

But the Diamonds steadied, thanks to some high-flying defensive play from Jo Weston and Courtney Bruce and some clean passing from midcourt general Liz Watson, who finished the match with a game high 21-goal assists. 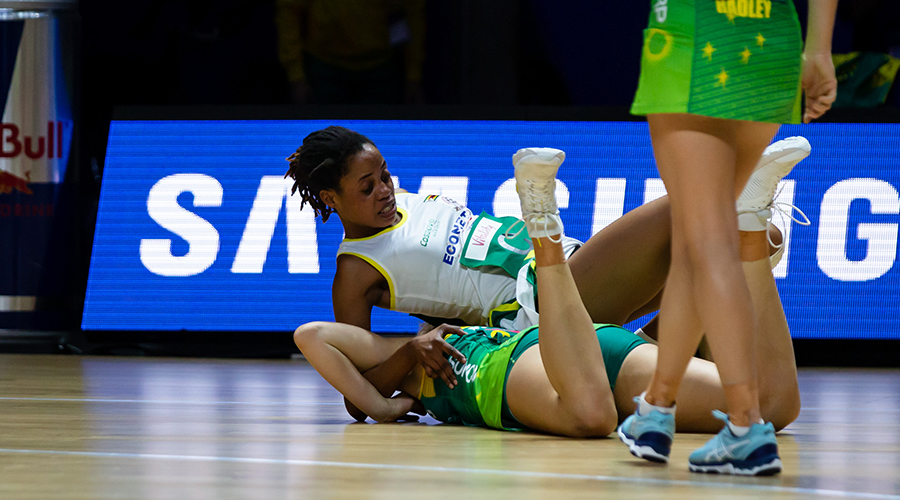 Despite the scoreboard reading 39-18 as the teams came out of the change rooms for the third quarter, it did not feel like a 21-goal game, as the Zimbabwe crowd were pumping, and their beloved team were giving them plenty to cheer about.

It was fierce netball, physical and played at break-neck speed. The Diamonds couldn’t break the shackles of the Zimbabwean’s, who’s tough style of play frustrated the normally unflappable Aussies.

And the physicality continued into the fourth and the flow of play suffered as a result.

One player who thrived in the tough and scrappy conditions was goal keeper Courtney Bruce, who ripped down four rebounds and an incredible nine intercepts. 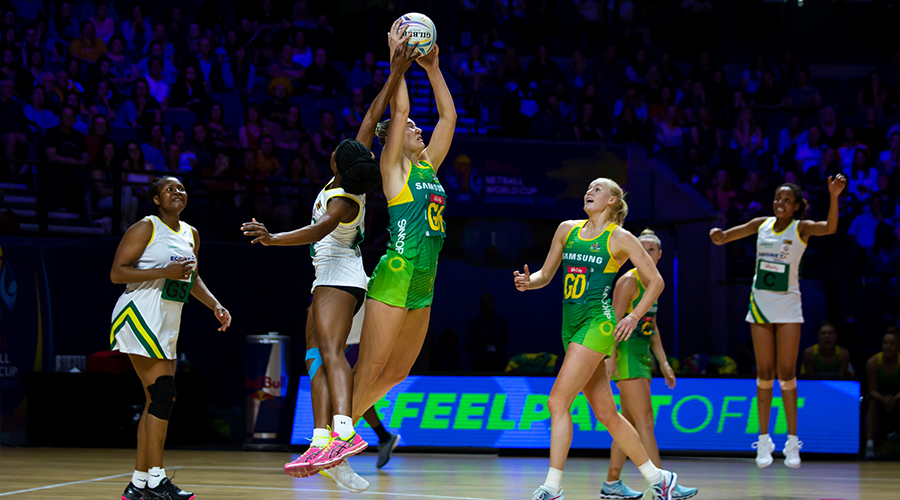 Bassett, who was named the Player of the Match, fought hard all game in a rough circle, scoring 49 goals from her 53 shots.

The Diamonds will take on Sri Lanka in their final Preliminary Round match tomorrow at 11.45PM AEST on Channel 9.