One is the captain of their country, a dual world champion, a Commonwealth Games gold medallist and a Suncorp Super Netball premiership player.

The other has been a part of Australia's national league for 16 years, is a World Cup and Commonwealth Games gold medallist, an ANZ Championship winner and the reigning Suncorp Super Netball leading goal scorer.

It's fair to say the Samsung Diamonds have a wealth of riches at the goal shooter position, with the two Caitlins - Bassett and Thwaites - ready to form the ultimate tag team yet again for the upcoming International Test Series, after being selected in the initial squad of 17 players.

In fact, it's a dilemma that the selectors of every other Test nation would love to have: which world-beating goal shooter to choose as the starting target in a team already stacked with talent.

The battle for the goal shooter bib promises to be hotter than ever as the Super Netball season marches towards its conclusion and the Quad Series and Constellation Cup draw near.

Having both earned Diamonds selection yet again after stellar performances in 2018, how do our two shooters stack up?

At the Commonwealth Games on the Gold Coast the pair were a formidable one-two punch, with Bassett getting things rolling in most games, and then Thwaites entering the fray half-time and continuing to pile on the pressure under the post.

By the end of the Games, Bassett had 175 goals against her name from Diamonds' seven matches, while Thwaites had 160 goals, albeit with two less quarters under her belt.

With Super Netball providing the most recent form lines for all players in the Diamonds squad, performances in our national competition have been keenly watched by both fans and selectors alike.

Bassett and Thwaites have had two very different seasons.

It was a somewhat slow start to the season for Bassett, who admitted a Commonwealth Games hangover had affected her and a number of her Sunshine Coast Lightning teammates.

She managed no more than 37 goals in any game across the first four rounds as the reigning premiers fell to a 0-3 start. But her form since has been impressive, with 40 goals or more in five of her last seven games, and a season high of 51 goals against the now second-placed Melbourne Vixens.

Her hot hand under the ring is one of the major factors in why the Lightning now sit within touching distance of the top four, and they could find themselves in fourth or even third position after the next round, with a potential eight points up for grabs against the Adelaide Thunderbirds.

With 429 goals for the season at an average of 39 per game, Bassett is rating slightly behind the more than 42 goals she shot per game in the Lightning's premiership season, though part of that is down to her combination with fellow Diamond Steph Wood, who continues to put up good numbers at goal attack. 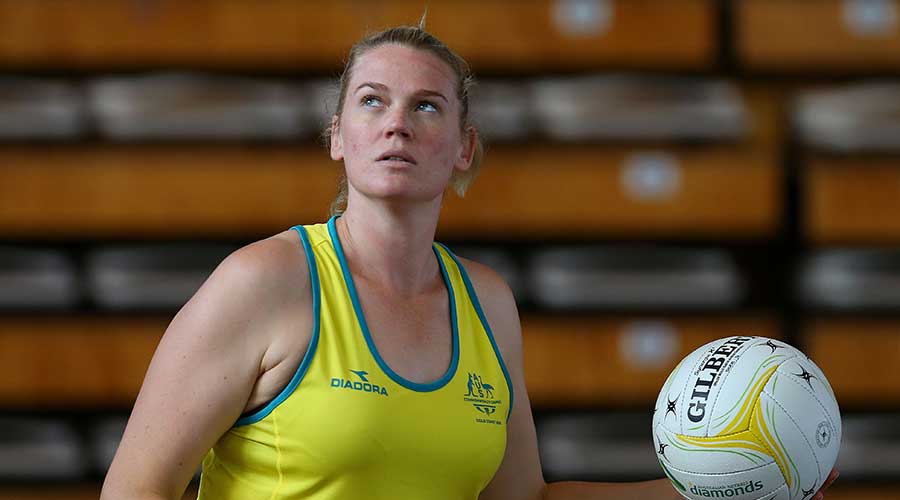 As the focal point for the Magpies and arguably their best-performed player this season, Thwaites has picked up where she left off in 2017, when her more than 42 goals per game took Collingwood to the finals in the inaugural Super Netball season.

Thwaites' 449 goals through 11 rounds has her averaging almost 41 goals a game - the most of any Australian goaler, and behind only Jhaniele Fowler on the goal shooting table.

As a more mobile option than most of the competition's other goal shooters, it's an impressive effort, and the 31-year-old is yet to have her colours lowered in 2018.

The beauty of Bassett and Thwaites as a goal shooting force is the versatility that they offer.

Need the pure tall timber to expose a lack of defensive height in an opposition team? Bassett has that covered.

But facing a defensive circle that can be opened up through more movement, clever timing and a bit of help in transition, and Thwaites is your go-to.

Partnerships may also be a factor, with Wood and Bassett continuing to combine well at the Lightning, and Gretel Tippett's unorthodox passing a real headache for opposition teams when paired with a target like Romelda Aiken or Bassett.

Meanwhile, the pure speed of a Tegan Philip could be the perfect pairing with Thwaite's smarts.

The best part is that no matter who's out there, you know that once the ball reaches them you can just about put the goal in the book, with both Thwaites and Bassett averaging above 90% accuracy during the SSN season, and Thwaites sitting on 100% throughout the majority of the Commonwealth Games group stage.