It was in Newcastle in 2008 that a 20-year-old shooter was plucked from the struggling West Coast Fever, measured for a Diamonds’ dress in place of injured leader Catherine Cox and sent out for a final quarter debut against England.

“I guess she was pretty unsure about herself,’’ admits this vastly more experienced version of Caitlin Bassett, the current national captain who on Sunday will become just the fifth Australian after Liz Ellis (122), Sharelle McMahon (118), Cox (108) and Vicki Wilson (104) to earn 100 caps.

“Over the years I’ve definitely built in confidence, both in my body and who I am as a person, but who I am as a player and a leader, as well, and a lot of that is due to my teammates around me and the coaches I’ve had along the way.’’

Back then, and over the next three years, the Diamonds coach was Norma Plummer, but perhaps only true netball trivia buffs or those in the house that day in would recall the name of the other famous player* to play Test No.1 on October 4, 2008. (No hints. Read on a little further to find out.)

“That first tour was a bit of a whirlwind,’’ Bassett recalls of her late call-up from Plummer, and that opening game against Roses defenders Geva Mentor and Sonia Mkoloma.

“I wasn’t expecting anything - no court time, no nothing - and to get out there that first Test in Newcastle really showed me how much work I had to do if I wanted to stay in that group. That first experience also made me really excited, and I was really prepared to do the work after that.’’ 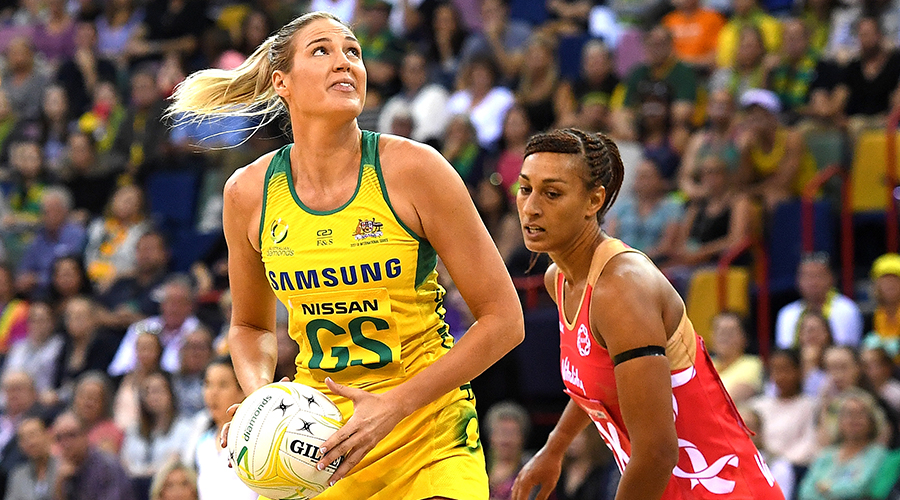 A nervous Bassett scored just four goals, and fell over almost as many times, but it was the start of a brilliant international career that has produced 2813 goals at 91 per cent accuracy, two World Cups and one Commonwealth Games gold, plus two silvers.

“Just getting out there for your first cap, it was a lot of hard work for me to get to that position, and it probably came before I thought I was going to be ready, but it was a great experience, and I guess to share that milestone with someone as amazing as Laura Geitz* is pretty cool.’’

The celebrated bookends also shared an unforgettable joint entry off the bench into the  2011 world championships grand final against New Zealand, in which Bassett would convert the winning goal in overtime to secure Australia’s 10th title - and score 151 goals from 155 attempts, overall.

“That was my introduction to the world stage, and people I guess looking at me as a serious threat, instead of maybe just someone who’s going to pop on as an impact player,'' she says.

“I’ve watched that (final) a few times over the years, and I still can’t believe what I did. I don’t think I could play like that any more!

“It was literally just coming on, no pressure on me whatsoever and just playing my role within the team, and obviously Nat Medhurst did an amazing job bringing me into the game and passing that ball off to me to shoot that last goal and I’m forever grateful for that.

“I surprised myself, and I think that’s pretty cool. For a coach like Norma to see that I’ve got that within me and put me on in a pressure situation and to take a risk on a relatively unknown player, I’m very lucky.’’

If Bassett admits she was in shock afterwards, then her mother Gaye was in Singapore but in absentia, having been too stressed to watch the extra-time portion of one of the many classic trans-Tasman battles to have gone down to the wire. And, often, past it. 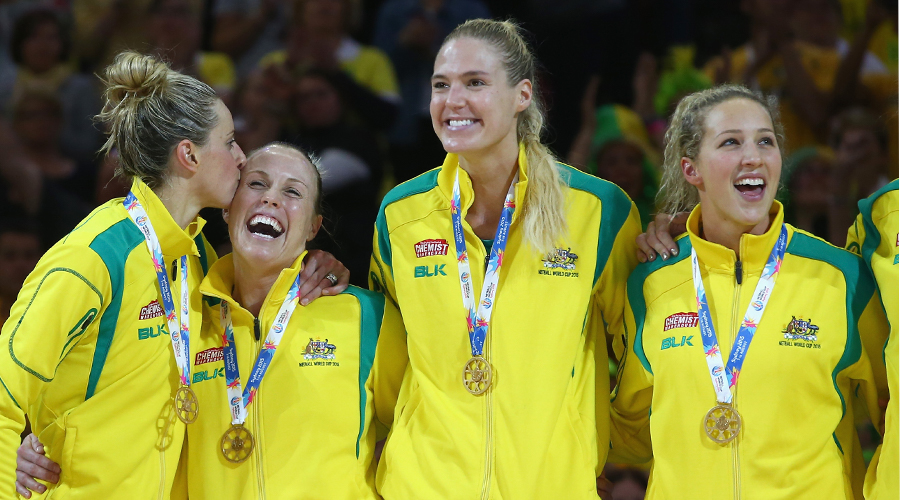 Another may well occur at RAC Arena on Sunday for the Constellation Cup decider, where both Gaye and Mike Bassett will be in the vast audience, plus Bassett’s sister Rhiannon, while brother David and his Canadian fiancé Ashley will be watching from long distance on what will be a significant family day. And extra special being in Perth, where it all began.

“Obviously just to be able to reach the milestone is a pretty big thing for me.Playing one Test for your country is pretty amazing, then to be able to back it up and playing for another decade … where’s the time gone? It’s gone so quickly!’’

While there is still plenty ahead, there is also a pause to acknowledge opponents and teammates of note.

In the second, Bassett reserves “a special mention” for the remarkable Australian defender Julie Corletto, for whom it took so much effort, pain and professionalism simply to enable her body to make it onto court.

Among active Diamonds, she applauds the "never-say-die attitude” and example set by the oldest-ever national debutante, Laura Scherian, and is excited by the likes of new-age Gretel Tippett for “changing the game”. 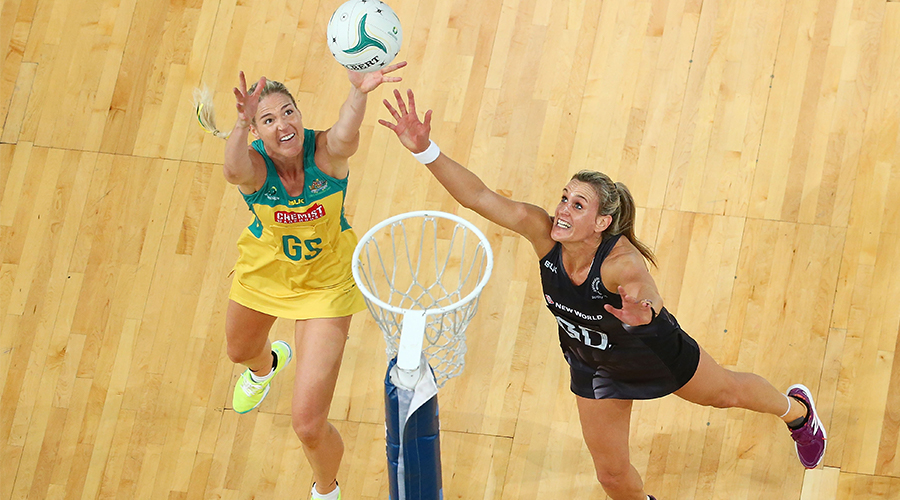 But the last words on a still-going Bassett belong to Diamonds’ coach Lisa Alexander, who celebrated her own off-court century in Auckland in game two and describes her 31-year-old captain as “the world’s best shooter’’, and their “quirkiness” as a shared quality that both have understood in the other among a long and shared journey.

"CBass knows that I won’t ever not tell her what she needs to know,'' Alexander says. "We’ve been honest with each other right from the start. Sometimes she didn’t like it in the early days, but… she really went from strength to strength and worked damn hard on her game and she still does.

“It’s not an easy job being the captain of your country, and it’s not easy when you’re combining leadership with spearheading the team as the goal shooter, but she’s continuing to improve in the ways she goes about things, and I’m really proud of her for that."