Despite wondering whether her Diamonds dream was over, tenacious midcourter Ash Brazill is back in the Australian team after a three year absence from the national team landscape.

The form Ash Brazill did not sign proved that nor had she given up hope. Whatever her words, the 29-year-old’s most significant action was the one she could not quite bring herself to take.

Despite having failed to win a Diamonds’ squad recall in the three years since she played her fourth and last Test, each time Brazill received the annual Netball Australia option to withdraw herself from selection consideration, the athletic midcourter baulked.

That would make it official, after all, and the truth was that Brazill had never surrendered the dream of a national recall. What she may have been showing on the outside was different to what was going on within.

“I think to the external world I was like ‘yeah, I’m kinda done’,’’ she admits. “But I’d never given up hope inside. I think I was just trying to protect myself, in a way.

“I’d question whether to sign the form to say ’don’t even look at me, kinda thing’, so that I stopped getting my hopes up. Because every year I’m like ‘I’ve had a good year, I’m going to get a phone call’ and that phone call would never come.

“So I was fighting myself mentally. I was ‘just protect yourself, protect yourself’. I obviously never signed it, which is lucky. Even though I’m getting older I feel like my netball’s getting better, so you always hold out hope, and you never know what’s going to happen.’’

That was certainly true on Tuesday, when - given that she was not a current Diamonds’ squad member, and that her Collingwood club-mates Kelsey Browne (knee) and April Brandley (pregnancy) were unavailable - there had been no talk among the Magpies that Constellation Cup selection day had dawned.

Indeed, Brazill had returned to her car after paying for a tank of petrol when she noticed a missed call from Alexander. After a moment of anxiety, and certainly one of surprise, the good news was broken by the national coach.

Really? Me? Are you sure?

Another thing that Ash did not say: why now?

“Lisa kept asking me if I have any questions; I probably should have asked that one, because I have no idea!’’ laughs Brazill, who has nevertheless played more of a shut-down role this year at the cost of some of her trademark interceptions, and suspects her late-season switch to centre may also have helped her cause. 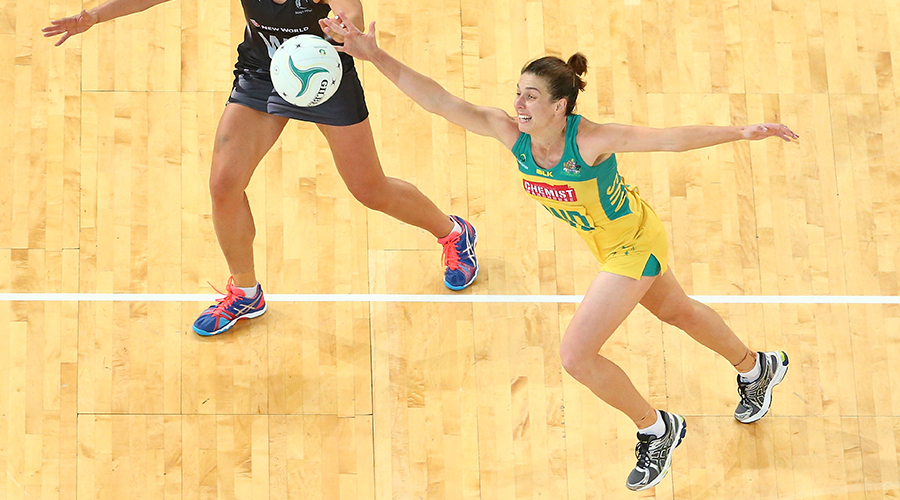 “But I was so shocked I couldn’t even think. I was just like ‘nah, I’m good!’. I just wanted to get off (the phone) so she didn’t change her mind.’’

No chance of that, for Alexander and her co-selectors Annie Sargeant and Michelle Wilkins had been watching Brazill as closely as they monitor each Diamonds' candidate, and were increasingly liking what they saw.

“We’re really thrilled with the improvement in Ash’s game this year, and also the fact that she’s had some finishing off in the centre position, as well, although we’ll be looking at her primarily in wing defence and what she can bring to the team and her point of difference for us,'' Alexander said.

“So we’re very excited to welcome Ash back into the Diamonds’ environment and I know that she’s really excited about the opportunity.’’

That might be understating things, although she played it cool, at first. Brazill had called her wife Brooke multiple times over recent years to tell her she had missed Diamonds’ selection - the difference when she rang on Tuesday was that she was lying.

Starting with the good news would have been “too easy” laughs Ash of her fellow prankster, as the Magpies’ coaches (secretly on speakerphone), encouraged this good-natured deception. Only after some sympathetic noises from Brooke did the happy truth came out.

By Thursday, when it all became public, the response was enormous, even if Brazill’s reaction to her past disappointments has been a determination not to play the “wronged” or “victim” role, but simply to try to improve and persevere.

Behind the scenes, her thoughts have also been to protect her wife/parents/family who still read social media and listen to the critics even when Brazill-in-protector-mode knows that is not necessarily wise.

“Your family, they all ride the highs and lows,’’ she says. “They see when you come home and you’re heartbroken and you can’t leave the lounge for a couple of days because it’s your dream and you think it’s over.’’

Except that it isn’t. Braz is back. An AFLW All-Australian and Australian netballer is thus - incredibly - at the pinnacle of two sports.

“I’m not gonna lie - I’m just blown away by it,’’ says Brazill. “You couldn’t read about it cos it’s never happened before, so I guess I’m just super-lucky that I’ve got two sports that are supporting me as an athlete rather than making me choose.’’

Brazill's choice was not to sign that form. For one of Australia's most dynamic netballers, inaction proved to be the wisest course.