Kelsey Browne was named Samsung Player of the Match last night when the Samsung Australians Diamonds clenched a hard-fought 56-47 victory over the New Zealand Silver Ferns.

Browne has played in five straight Test matches since debuting as Samsung Diamond #175 against the South African SPAR Proteas in Auckland less than a month ago, and was pleased that her efforts played a key role in the team’s defeat over the Ferns.

"It’s just really exciting to be out there and to play four quarters," she said.

"To come away with the win is something I’m very, very happy about and I guess player of the match is the cherry on top," she said.

Despite the nine goal win, the Diamonds continue to look for ways to improve and Browne is enjoying building new combinations with players she hadn't played with before pulling the Diamonds dress on for the first time last month.

"In patches we were really good. Lisa will probably say in our review that there’s a lot of things to work on and I agree with that, but we’ve got two more games to make that better so it’s good to come away with the win but onwards and upwards from here.

"Every time I get out on court it is different, you play with different combinations and I think I’ve only ever played with Gretel three times and all three have been in an Aussie dress, so all of those things are really new and you’ve just got to get out there and play your own game.

“I’m really trying to bring my style to the Diamonds and at the moment it seems like it’s working.”

Brown also spoke of how the Diamonds team environment has made her transition into international netball a smooth and successful one.

“The girls from the get-go have made me feel very comfortable - we’ve got a culture at the Diamonds that is second to none and from the moment I walked in the door, I really felt like I belonged, so credit to the girls for making everyone feel like that - whether you’ve played zero Tests or 50.” 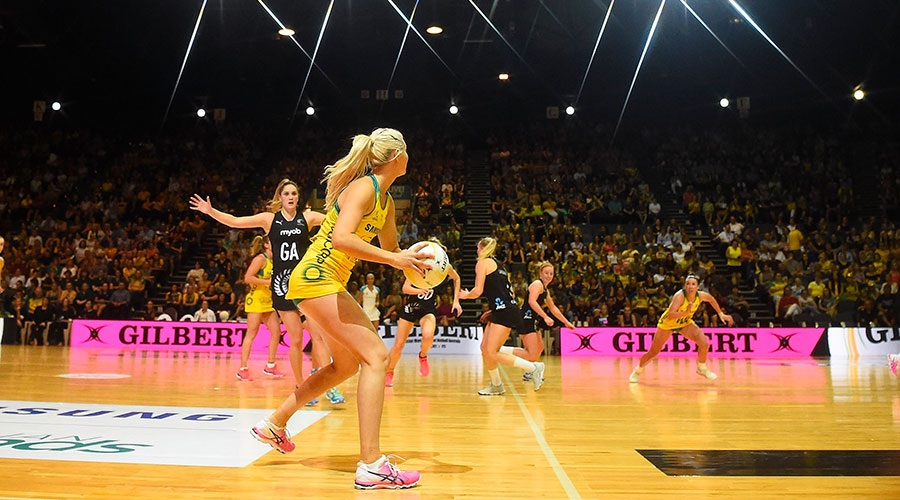 Samsung Diamonds Head Coach Lisa Alexander said Browne’s style of play brings a sense of control to the team’s performance and praised her for her best on court efforts.

“It was Kelsey’s first start against the Silver Ferns and I thought she did extremely well, she was very mature around what she did and very calm,” Alexander said.

“She fed Caitlin (Bassett) really well and put that high ball in just at the right moments and really anchored our attack end.”

The Samsung Diamonds will again take on the New Zealand Silver Ferns in the third match of the Constellation Cup at Claudelands Arena in Hamilton, New Zealand this Sunday 14 October.

The match can be watched live on Channel 9 (HD) and the Netball Live app at 2.00PM (ADST).