If the agonising wait for a call from Samsung Diamonds coach Lisa Alexander is as stressful as it sounds, the rest of new Diamonds Jess Anstiss and Jamie-Lee Price's international careers will be a walk in the park.

The young pair knew that Alexander had scheduled a particular day last week to phone players who were to be named in the Diamonds squad and, like dozens of Diamonds before them, had to sweat it out while praying the phone would ring.

Price religiously sat by her mobile phone all day, waiting. But by late afternoon she'd begun to think that this wasn't her year - that she'd missed out.

And yet when her phone finally lit up, it was at the one moment the entire day that she'd left it unattended.

"I just knew this was the day that if you got a call it was good news, and if you didn't then it's not."

"Lisa called me around late afternoon, so I was getting a bit nervous because I hadn't got a call yet."

Even when Price got Alexander's voicemail message and heard the voice on the other end, she still struggled to believe it.

"Obviously I called her back and she told me, 'I have good news'. My heart was beating really fast and I was like, 'Just tell me already!'. It's really exciting," she said.

Price, who has enjoyed a stellar season with GIANTS Netball and at just 22 years old is one of the rising stars of world netball, also had the challenge of who to tell the exciting news to first: her family, or a couple of the players she'll potentially be facing off against in September's International Test Series.

Price lives with England Roses and Giants teammates Jo Harten and Serena Guthrie, who she said she is so close to that she couldn't not share the news with them.

"The girls I live with are actually the Pommy girls. They were excited for me. Lisa did say I could tell close friends and close family, and they are close friends."

For the West Coast Fever's Anstiss, the call from Alexander remains a blur.

"I can't really remember too much of it, to be honest. I was actually driving to breakfast with Courts (Courtney Bruce) and a couple of the other girls and she called me and told me to pull over," Anstiss recalled.

Deep down, Anstiss had been working towards and waiting for this day her entire life.

"It has always been a dream. My friend actually the other day sent me a photo of my high school ambitions, and it said, 'To make the Diamonds', so it's always been a dream since I was little to play for West Coast Fever and then make the Australian Diamonds squad," she said.

Even still, nothing prepared her for just how much it would mean to her when she was actually told she was going to be a Samsung Diamond, and could potentially be taking on England, New Zealand and South Africa when the International Test series kicks off in September.

"As soon as she (Alexander) told me I just bawled my eyes (out) and cried, so it was very exciting and I was very overwhelmed. I called mum straight away and cried," Anstiss said. 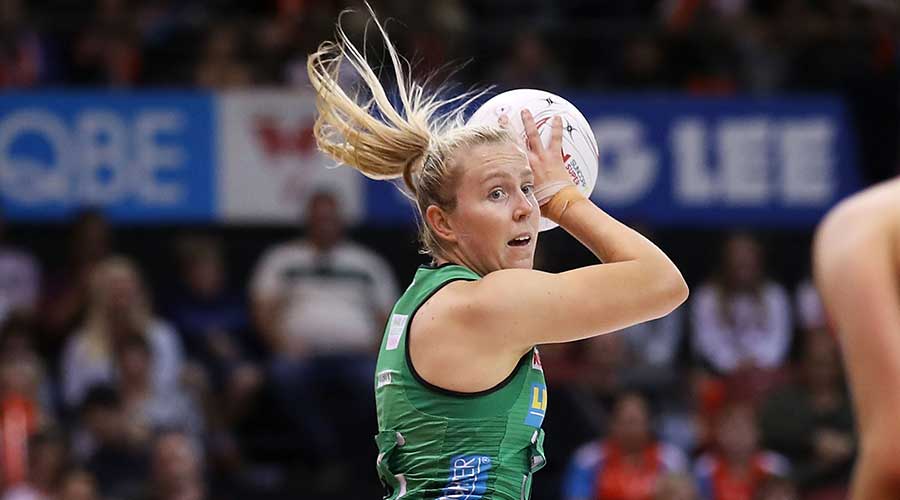 The challenge both young midcourters now face is to remain focused on continuing their career-best form, which has been a critical component to why the Fever and Giants sit in first and third positions on the Suncorp Super Netball ladder.

Price said that while making the final squad of 12 Diamonds for the first games of the International Test Series would be in the back of her mind in the coming weeks, her first priority was to help the Giants push towards another Super Netball grand final.

"It's really exciting to make the squad, but you can make the squad and potentially not make the team, so the main focus is to play well for Giants and focus on that. Obviously they're picking from form and everything like that," she said.

"I've still got a lot of work to do to make the team."

Anstiss said that she, too, was just focused on playing her role for the West Coast Fever this weekend in a crunch game against the fourth-placed Queensland Firebirds.

"I try not to think about (the coming rounds) too much. Lisa just said to keep playing how I'm playing, so that's what I'm going to do, and try to step it up a level," she said.