Netball Australia has announced that games three and four of the 2019 Constellation Cup will be held at Sydney's Qudos Bank Arena and Perth's RAC Arena on October 20th and October 27th.

The Samsung Diamonds will bring International netball to Sydney and Perth in October as part of the 2019 Constellation Cup Series.

Following their gold medal game at the Netball World Cup 2019 in Liverpool (UK), which saw the Silver Ferns claim a one goal victory, 52-51, the Diamonds will be out to turn the tables during this year’s four game series.

Defending title holders Australia will host game three of the coveted trans-Tasman series at Sydney’s Qudos Bank Arena on Sunday 20 October (1PM local time) and game four at RAC Arena in Perth on Sunday 27 October (10AM local time), where the winner will be crowned.

The rivalry between the Diamonds and Silver Ferns is one of the world’s most historic, respected, intense sporting rivalries producing some of the most thrilling and nail-biting encounters, with the two countries having battled each other for netball supremacy since 1938. 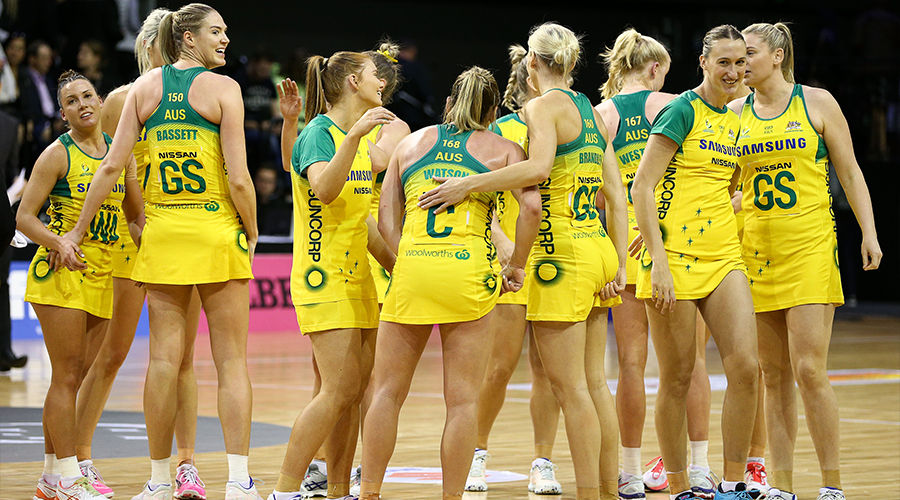 Netball Australia CEO Marne Fechner said these two home tests will give thousands of fans in NSW and Western Australia the opportunity to see netball’s greatest rivalry, live in person.

“The Constellation Cup will round out what has been an action-packed year for netball and our Samsung Diamonds. The team represented Australia with pride in Liverpool in what was a thrilling one goal defeat to New Zealand and the Constellation Cup is set to be another defining contest.

“We thank the Western Australian government for their support in bringing world class netball back to Perth. We know how passionate Perth netball fans are in supporting their team the West Coast Fever, epitomized by RAC Arena holding the record for the highest attendance at a domestic league netball game at last year’s Suncorp Super Netball Grand Final.

“On the back of the recent announcement between Netball Australia and NSW Government bidding for the 2027 Netball World Cup, it’s exciting to bring the Diamonds back to Sydney and Qudos Bank Arena, which played host to the 2015 World Cup Final between Australia and New Zealand in front of an all-time record crowd for a netball game of 16,752.

“We are excited to be partnering with Tourism WA and Destination NSW to bring what is arguably the greatest rivalry in modern sport to Perth and Sydney. The scene is set for what will be a thrilling contest for fans,” concluded Fechner.

NSW Minister for Sport John Sidoti said the Diamonds have done Australia proud at the World Cup despite the heartbreaking loss to New Zealand.

“The team will be anxious for a win over the Silver Ferns after that thrilling game in Liverpool. Australia and New Zealand have always been the fiercest of rivals in netball and I’ll be backing our women to retain the Constellation Cup.”

The event in Perth is supported by the State Government, through Tourism WA and the Department of Local Government, Sport and Cultural Industries. Western Australia Tourism Minister Paul Papalia said, “The traditional rivalry between these two elite teams lends itself to creating an electric atmosphere for spectators and I encourage everyone to be part of the action of this exciting event.

“The broadcast of the final Constellation Cup match is also the perfect opportunity to promote Perth and the State to an international audience.”

The 2019 Constellation Cup series will be the first time the Diamonds have played in Perth since 2015. The 7-day break between games three and four, will provide fans in Perth with the chance to meet their Diamonds heroes at coaching clinics and other appearances.

Australia has won the Constellation Cup every year, except in 2012, since its inception in 2010 and defeated New Zealand in three out of the four games in 2018.

The 2019 Constellation Cup series will be broadcast live and free on Nine’s Wide World of Sports and streamed live on the Netball Live mobile app.