The Samsung Australian Diamonds have continued their stranglehold over the New Zealand Silver Ferns with a 57-42 win in the opening game of the Constellation Cup at the Brisbane Entertainment Centre.

Depth and closing punch were the standout features as Australia improved its precision over the full 60 minutes and put the Silver Ferns away with a dominant second half in front of 7425 people.

Caitlin Thwaites (21 from 21) and Gretel Tippett (12 from 12) were outstanding finishers despite rarely having played together as a combination.

They took over from Caitlin Bassett (17/21) and Steph Wood (7/11) and looked every bit as good as the starters.

It certainly helped having Samsung player of the match Liz Watson turning in another brilliant performance at centre and wing attack. 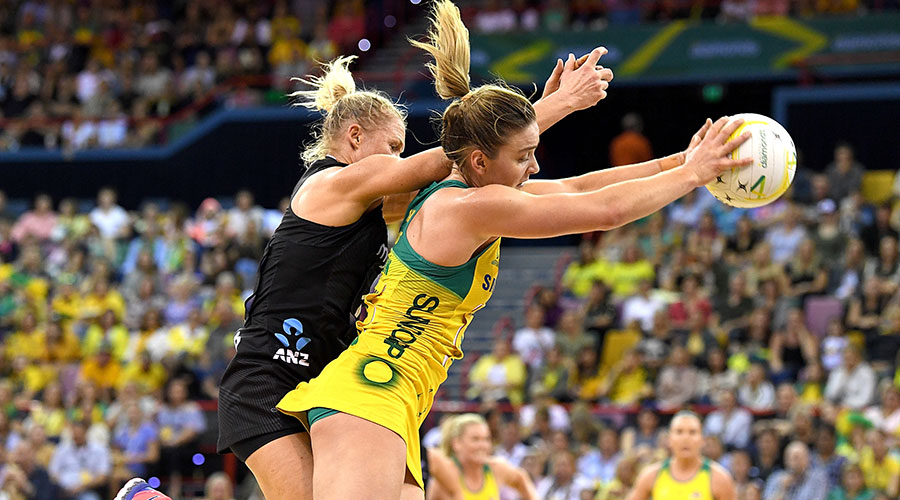 New Zealand started well, and there were flashes of resistance, mainly from defenders Jane Watson and Katrina Grant.

Maria Folau’s 26 goals at 90 per cent was hard to contain, and with more supply she could have been a matchwinner.

But with every minute that passed, the world’s number one side found ways to break down the New Zealanders’ defensive wall.

Two years of knocking on the selection door finally delivered fruit for centre Kate Moloney who was handed her first start.

The Melbourne Vixens captain wasted no time, forcing a turnover from the Silver Ferns in the first minute.

Her hustle embodied the approach of the Australians who were ruthless in the defensive third.
Jane Watson led a defensive performance that was just as impressive. 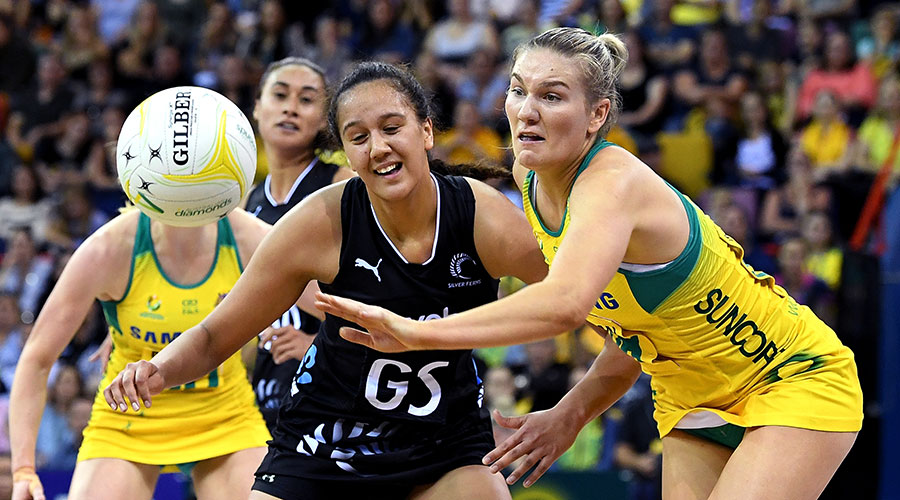 Australia’s attack was a little rusty in the first term and Watson grabbed two intercepts in a deadlocked first quarter.

With things not going perfectly for Australia in attack, the home side’s energy without the ball made all the difference.

The midcourt herded Ferns duo Laura Langman and Gina Crampton wide and slowed their transition into the shooting circle.

Six held ball calls in the first half indicated just how much pressure the Diamonds exerted on the black dresses.

The rarely used shooting combination of Gretel Tippett and Caitlin Thwaites had its first sighting of the series, and April Brandley was given a run out at wing defence.

Tippett and Thwaites blew New Zealand off the court in the third quarter. What had been an even contest turned on their combined shooting that added 20 goals at 100 per cent accuracy.

Clearly enjoying the outing on her home court, Tippett’s contribution even included a circus trick goal launched while off balance and falling out of court.

The Diamonds were in control when they led 44-27 at three-quarter time.

The Silver Ferns rallied, with a chairlift play from Sulu Fitzpatrick and Grant the highlight of a final quarter fightback.