Kim Ravaillion has advised Netball Australia of her decision to step away from the Samsung Diamonds team until 2019.

Ravaillion announced her decision to the team after the Samsung Diamonds claimed the 2018 Quad Series title in Melbourne on Sunday.

With 60 Diamonds caps under her belt, Ravaillion feels that in order for her to continue performing at the highest level, it’s necessary for her to take some time away from her international duties before launching into what 2019 has in store.

“I’m honoured to be a member of this team and I want to be able to give my all to it,” she said.

“In order for me to do this, I’ve decided to step aside from the next international series to allow myself to regenerate physically and mentally.

“This block of time will assist in my preparation for the rigours of the 2019 domestic and international season.”

Netball Australia has announced that Samsung Diamonds squad members Kate Moloney and Jamie-Lee Price will replace Ravaillion during the upcoming four-match Constellation Cup series, which kicks off in Brisbane on Sunday 7 October. 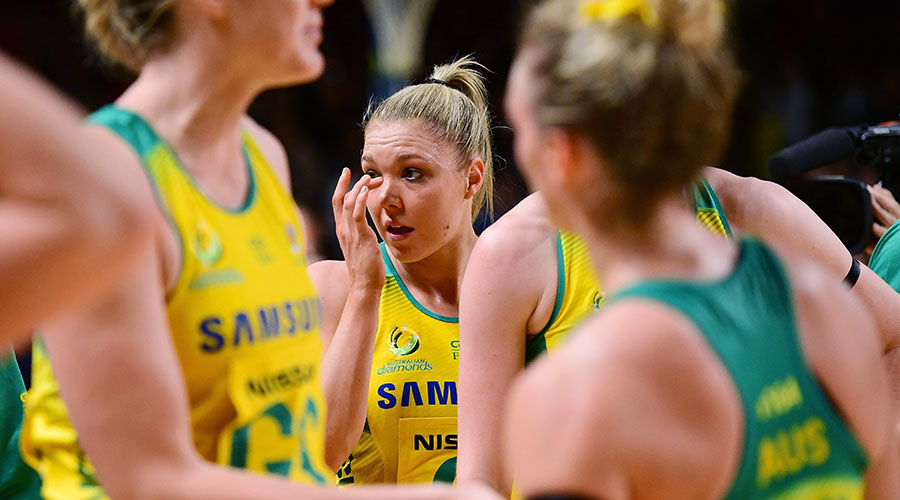 Moloney will compete in the first two matches of the series in Brisbane and Townsville and Price in the final two matches to be held in Hamilton and Wellington in New Zealand.

“Leading into the January Quad Series and the 2019 Netball World Cup, we’re keen to ensure that we have a variety of strong playing combinations and a team that is flexible and adaptable,” Samsung Diamonds Head Coach Lisa Alexander said.

“We’re fortunate to have the ability to bring in two squad members in Kate and Jamie-Lee who we know have the capabilities to perform at the highest level.

“We appreciate that Kim is in need of some time away from the game, so we wish her well for the next few months and look forward to seeing her refreshed in 2019.”

Moloney will join the team next Thursday 4 October in Brisbane when the team reconvenes for the Constellation Cup and Price will meet the team in New Zealand for the final leg of the tour on Thursday 11 October.