Sunday's Bushfire Relief Match between the Origin Diamonds and Suncorp Super Netball All-Stars was a showcase of the power of sport, beyond the field of play.

The day started with a coin flip in the brilliant Sydney sunshine and finished with a confetti shower and Kelsey Browne serenade in-front of over 11,000 adoring fans. An amazing beginning and end to a day in support of a better cause.

The idea behind the Netball Australia Bushfire Relief Match at Qudos Bank Arena was simple; support those who have been affected by the bushfire crisis across Australia the best way we know how – by playing netball.

And, of course, the netball community around the world responded with nothing but love and generosity.

28 of the world’s best players, flying in from all over the country to do their bit. Messages of support from players all over the world not at the game. Qudos Bank Arena offering to host and Channel 9 offering to televise. And event staff on hand to ensure the 11,067 attendees enjoyed every moment of the match.

“When we heard about it going together, we thought what a unique experience and how wonderful to be a part of something so special – a special group, but also such a worthy cause.” Collingwood Magpies defender Geva Mentor said.

“That’s one thing I’ve really felt and really been a part of over here, is that the netball community really get together. Doesn’t matter where you are, doesn’t matter what it’s about but everyone strives together and try to do good things for it.” 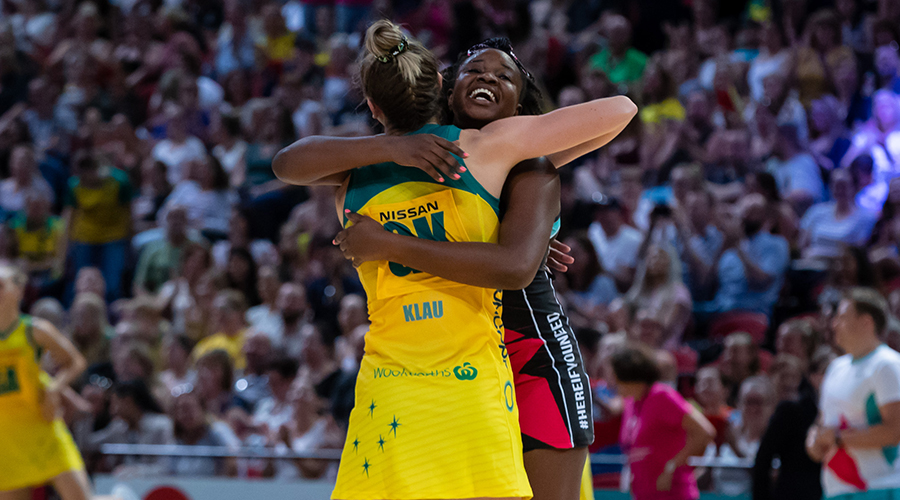 From the moment that the players disembarked from their shared team bus and entered the stadium with the fans, the event felt like a coming together of the netball community.

Once inside the stadium, the atmosphere was more party than sporting event.

Sharelle McMahon and Maddy Proud manned the DJ booth, Susan Pettit and Steph Wood competed in the Kim Green run shooting competition and Kelsey Browne showed everyone just how talented one human can be with her halftime and post-match performances.

That focus on fun continued once play began with the players clearly enjoying getting an opportunity to play on court with, and against, their teammates. 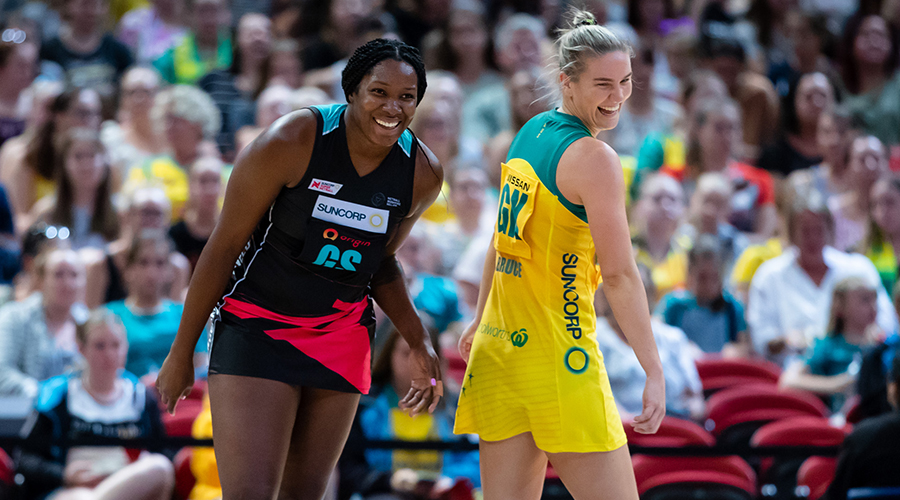 It was a massive spectacle for the sport, summed up perfectly by Langman in her pregame interview.

“We’re super pumped – we want to go out and have a good time, but we suspect there will be some white line fever straight off the bat.”

Love it or hate it, you can’t deny that the Suncorp Super Shot was an exhilarating addition to the match.

Once that five-minute warning siren went off and music kicked in, you could feel a wave of excitement wash through the stadium, and the players were eating it up.

When Thwaites received a pass on the edge of the circle and sunk the shot as the halftime siren sounded, I couldn’t help but envision a netball future where Netball World Cup’s and Suncorp Super Netball Grand Finals were decided at the circles edge rather than under the post.

Rolling substitutions was the other big change to the rules, which will also come into play during the 2020 Super Netball season, and the added pace and variation it offered felt like an addition to the game that just had to happen.

An important thing to remember here was that the coaches were working with strict playing time caps, so don’t expect to see the same number of subs when the rule comes in to play this season.

Sunday’s match showcased the role sport plays in the community. It brings people together from all different walks of life, builds friendships, provides support for those in need.