For those who know Kelsey Browne away from the netball court, the thought of her keeping her eyes away from social media might raise some eyebrows.

But such was the focus that the 26-year-old brought to the back half of her Suncorp Super Netball season that she was blissfully unaware of the groundswell of support from netball fans worldwide for her inclusion in the Samsung Diamonds squad for the upcoming Quad Series and Constellation Cup.

After initially missing selection in the 17-strong group of players announced six weeks ago, the Sunshine Coast Lightning wing attack said she simply narrowed her focus and got to work putting out arguably the best netball of her life - netball that was good enough to help the Lightning rack up seven consecutive wins and seal back-to-back Suncorp Super Netball titles - without any external distractions.

"I do like social media but I stay away from reading comments," Browne insists.

"It was nice to hear support from my teammates and stuff like that, but again, no one was really focused on that. We had two girls that had made the Diamonds squad and everyone was really elated for them anyway, so it was about celebrating that more so than people not making it."

"I saw the squad and I thought everyone who was there deserved to be there. I'm just stoked I could be there now. Being there is huge for me so I'm pretty happy right now."

That her form over the last seven weeks was not only good enough to win her a spot in the squad, but deliver her straight into the group of 12 players who'll be pulling on the green and gold next month, says everything about just how strong those performances were.

In the finals series she faced off directly against Diamonds squad members Gabi Simpson, Jamie-Lee Price and Jess Anstiss and acquitted herself exceptionally, and yet it was still a shock for her when she learned that she was on Diamonds coach Lisa Alexander's list of players to call earlier this week. 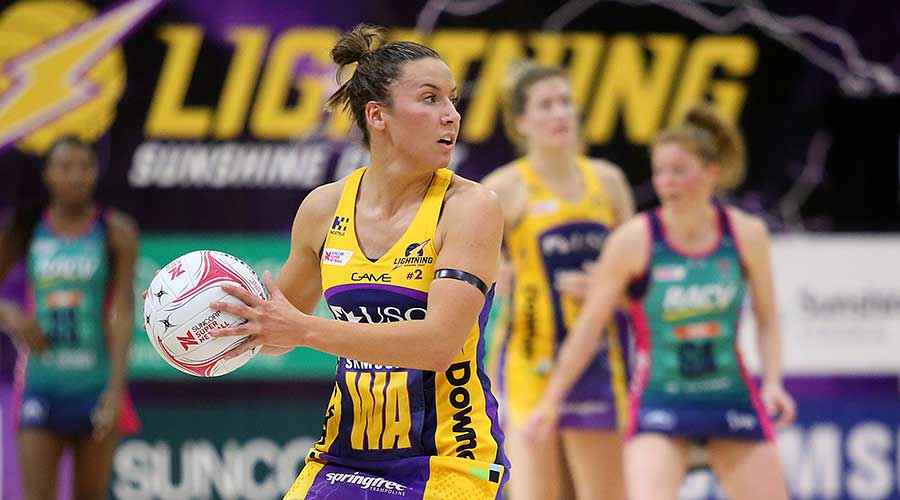 "I didn't really know what to expect, I haven't really been in that situation before where Lisa's had to call me," Browne says.

"I firstly missed the call, and I was like, 'Jesus, Kelsey, you've lost your chance'."

But a short while later she'd received the news that every aspiring young netballer dreams of hearing: "you're in".

"For about the next 20 minutes I cried. It was really exciting for me and I was in a little bit of shock at the start, but once it started to sink in I'm really, really excited for the opportunities," she says.

A renewed commitment to finding the consistency that had sometimes eluded her throughout her career was the catalyst for the scintillating form that catapulted Browne into the Diamonds conversation.

"That was a big thing for me this year. I think last year I'd have some really good games and then I'd have some games where you'd be like, 'Does she even know how to play netball?'" Browne says.

"I remember going into Noels (Lightning coach Noeline Taurua) and she sort of said, 'What do you want to put out there, what kind of stamp do you want to put on netball?'. Once I started to figure out how that was going to look for me, I did a lot more video analysis and found that getting the tips from that really worked for me, and I started to come into my own, I think."

"I went away and worked on my strengths but also figured out some things that maybe I hadn't been doing 100% and worked on those."

"I think my whole feelings around Diamonds are that I would have absolutely loved to be there but it's never been something that I think I've really focused on. If that comes it comes and it'll be because I've focused all of my attention on playing good netball and making sure that my performances are consistent. I think around that time (Diamonds squad announcement) I was starting to come into some form and every game you kind of knew what you were going to get (from me)."

Adding another level of intrigue to Browne's inclusion is that she'll now come up against the coach responsible for jump-starting her career, after Taurua was announced as the new head coach of the New Zealand Silver Ferns.

"It's probably a bit interesting now that I'm in the Diamonds mix to see how that feels."

"Being in the mix for Diamonds it does make it a bit of a strange scenario, but I've got a really strong connection with Noels and I credit her with developing my game over the last two years and look at where it's got me."

"She understood me as a person and my personality and just really let me figure out what my style of netball was going to be. It might be a little bit different to others but she's always encouraged that."

Browne says there's little concern about exhaustion after a long and taxing Suncorp Super Netball season. In reality, after capturing the SSN title on Sunday and then a Diamonds call-up, she hasn't had time to stop and think about it.

"I think for me it's probably a little bit different to others - I'm so ecstatic to have the opportunity so I really want to grab it and make the most of it, so I'm really happy to keep training," she says.

"I'm feeling really good around netball at the moment and what I'm able to do out there, and there's obviously still a lot of things to work on and learn, but I feel like in the next two months I'm going to be in the best environment to soak up as much as I can."

"I'm pretty excited about the opportunity and I just want to make the most of it, so I'm ready and raring to go."

Who knows? She might even allow herself a cheeky glance at some of the deserved praise the netball-loving public sends her way today on social media.