After three strong years at the Sunshine Coast Lightning, speedy midcourter Laura Scherian is ready to seize her Diamonds opportunity with both hands after her Constellation Cup call up.

The city was Canberra, the year 2007, and Laura Scherian’s dinner companion was fellow Queenslander Laura Geitz.

One phone rang, then the other. National coach Norma Plummer was calling both resident Canberra Darters with an invitation neither was going to refuse.

The Australian team was in camp at the AIS, where Scherian and Geitz were living as young scholarship-holders. Extra training numbers were needed the next day to join a team that contained such greats as Sharelle McMahon, Liz Ellis and Cath Cox and would go on to reclaim the world title in Auckland later that year.

You could say that.

“I was petrified, to be honest! Geitzy and I were both like ‘oh my God, we’d better go home and get a good night’s sleep’,’’ Scherian recalls, 12 years later.

“But I do remember they were very welcoming, and I think that was when I was like ‘oh, this is amazing’.

“You could feel how special the environment was, and that’s what made me think I would love to play for Australia. It was actually at that moment.''

Scherian would go on to represent Australia at the World Youth Cup in the Cook Islands in 2009. alongside current Diamonds Caitlin Bassett and Tegan Philip, then debut for the Queensland Firebirds in 2010.

So far, so promising. But then came six years of rejection, the speedy midcourter unable to secure an ANZ Championship playing contract despite countless approaches to coaches and clubs. 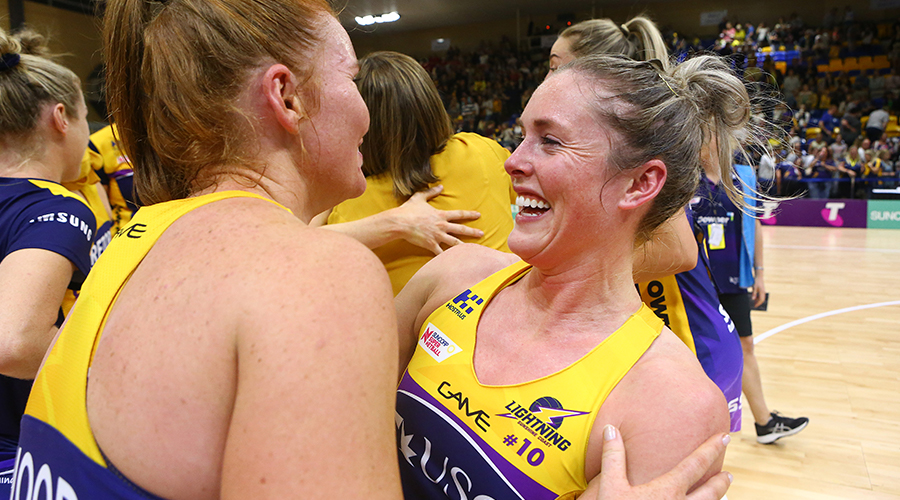 Only after been thrown a lifeline in late 2016 by the Lightning’s Noeline Taurua that was rewarded with three excellent Suncorp Super Netball seasons - and two Sunny Coast premierships - has the 31-year-old’s international moment finally arrived.

Along with NSW Swifts defender Maddy Turner, the 167-centimetre Scherian is one of two uncapped players selected in the squad of 13 for this month’s four-Test Constellation Cup.

“The window of opportunity has presented itself with the injury to Kelsey Browne, and the fact that Laura has been an invitee into our environment for quite a couple of years now, she knows what it’s all about,’’ says current Diamonds head coach Lisa Alexander.

“She’s a mature athlete, we know that she’ll be able to get on the court straight away and get on with it and not be overawed, and I think she’s brought an extra level to her game this year.

“Her ability to feed has been outstanding, she’s one of the lowest error-rate athletes in Suncorp Super Netball, she’s smart, she brings a great defensive game, and she brings a lot of insight into the opposition, into the Kiwi way, as well.’’

Still, Scherian was stunned by the call-up that came while she sat in a cafe en route to Byron Bay for a brief post-season trip. Yes, there had been a couple of Diamonds’ camp involvements but, like Turner and the recalled Ash Brazill, the mature-aged rookie was not even in the national squad.

But she describes the surprise call as "the best one ever.’’

“I couldn’t really hear Lisa through my tears. I had to actually get her to repeat the whole conversation,'' she says. 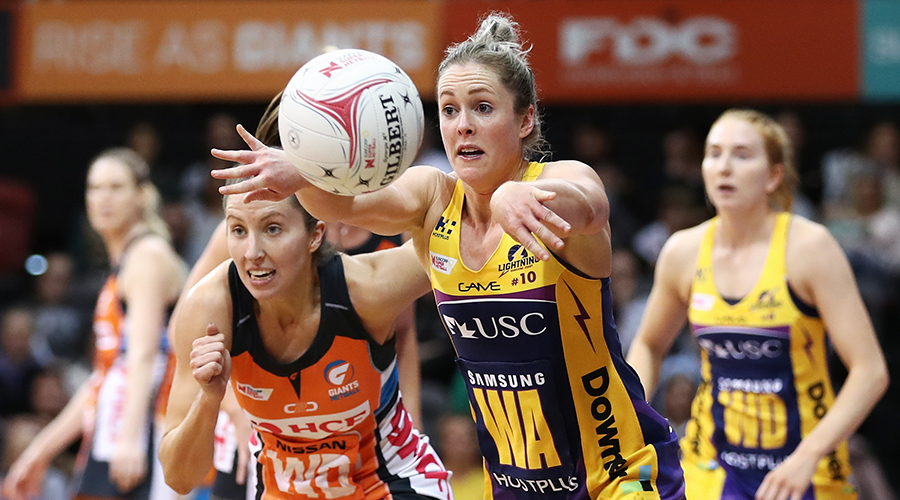 "I was like ‘so just confirming: I’m in the squad AND the actual team for Constellation Cup?’. She was like ‘yes, Laura, you are.’ I was like ‘oh my God, could you just say it again?’ Mainly cos I just wanted to be sure.’’

Sworn to secrecy apart from delivering the thrilling news to her mum Brenda, a long-time Queensland coach, Scherian’s October diary had been wide open, with a spring clean of her home and garage emptying the main to-do-list items that will have to be postponed.

Yet if the selection ambition first emerged a dozen years ago, then the possibility became more real at her first Diamonds’ camp at the end of 2017. The seed had been planted that maybe one day it could happen. Maybe.

A return invitation early in 2019 boosted her hopes, and confidence, Scherian having enjoyed the opportunity, learnt plenty from it, and not been as “crazy-nervous” as she might once have been.

Capable these these days covering both wing attack and centre, she credits Taurua and her assistant-turned-replacement Kylee Byrne with not just teaching her new skills and court-craft but for changing how she thinks about the game.

“Definitely I see it from a different perspective when I’m even watching it,’’ says Scherian. “I think for me it’s that creative licence but also the passion and the love of the game is back, and the excitement to play and train which I’d kind of lost before coming to Lightning, and that is inspiring for me.

Yet if what has come late has clearly not come easily, a calmer and more composed Scherian is both honoured by and ecstatic about the prospect of a Diamonds’ debut.

She is a believer. too, that things happen at different times for different people, and considers her life experience to be another plus.

“To be honest, I’m 31 on paper, but if you look at my actual ‘netball age’, which is what I like to call it, I’ve had that six years not playing netball at that high intensity, so I’ve had less wear and tear on my body than most athletes at my age,’’ she says.

“I also feel like my mind is fresh… and, personally, my heart is in it more than ever. I feel the same passion and excitement and love for the game as when I was a little girl, so to me that’s all that matters.’’

Netball comes together on State of the Game