We catch up with Head Coach Stacey Marinkovich ahead of the March Constellation Cup Series and get her thoughts on the tour.

When the Diamonds play the Silver Ferns on March 2nd in Christchurch, it will be the first time the green and gold dress has been worn on a netball court in 366 days.

It will be the first time the Diamonds have played in a test match for 492 days, the longest gap between matches for the Australian National team since tours in 1979 and 1981.

And it will be the first time in almost a decade that the Australian Diamonds will be coached by someone not named Lisa Alexander.

This tour feels like a new chapter for the Diamonds. In many regards, it feels like an entirely new book.

Nowhere is that more obvious than in the squad named for the tour, which sets up the possibility of seven players making their debut during the series.

Diamonds fans are going to see new faces, new combinations, and new ways of going about business this tour, which is exactly what Head Coach Stacey Marinkovich wants with the 2022 Commonwealth Games in Birmingham just over a year away.

“We’re looking for players that are going to put the team above themselves. Players who are focussed on the Diamonds performing at a high-level at the sport’s marquee events.”

“We’re obviously looking at individual skill sets, but the ultimate goal is finding groups of players who can combine well together. And that’s our challenge!” Marinkovich admitted.

“We’ve got some inexperienced players and plenty of debutants that will come into the group, but that’s exactly where we want to take the group right now. We need a forward-thinking approach.”

“We need to get experience into these players so that they can perform in a year and a half in Birmingham.” 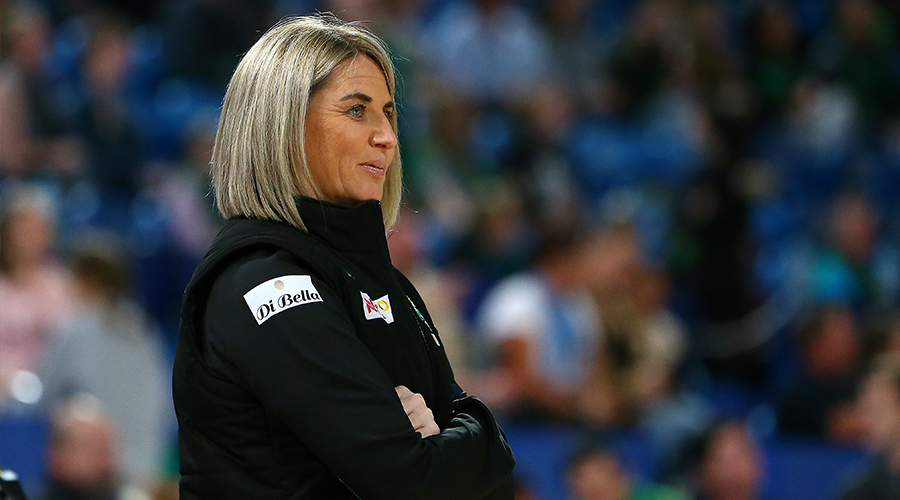 Of course, while Cara Koenen, Kiera Austin, Sophie Garbin, Maddy Proud, Verity Charles, Kimberly Jenner, Jess Anstiss, Tippah Dwan and Tara Hinchliffe will be hoping to make their first national team appearances next month, all eyes will be on Marinkovich when she leads the team as Head Coach for the first time.

While preparations for the tour haven’t been as smooth and easy as they might normally be, Marinkovich is just excited to get together with her coaching and playing group and playing netball.

“I don’t think I’ve had a chance to fully comprehend that it’s all actually happening just yet.” Marinkovich said ahead of the team’s embarkation camp in Sydney.

“There’s been so many moving parts, from putting together our high-performance group to getting the playing group on the plane!”

“The thing that I’m most excited about is tapping into the expertise I have around me and in the program.”

“It’s been amazing to watch people come in and hit the ground running and I feel like we’re creating something really special here. Being able to connect that in with the players on the court, that will be the moment. The proud moment.”

It is an exciting time for netball in Australia, but it would be remiss not to mention the elephant in the room that has threatened to derail this entire tour: The Covid-19 pandemic.

A typical Constellation Cup series would include things like a weeklong training camp for the players, four games spread out over two to three weeks, games played in both New Zealand and Australia and players being able to hunt down a much-needed coffee after a long flight.

None of those things will be possible this time around.

A two-day embarkation camp in Sydney will provide a few precious opportunities for the team to be together before a 14-day hotel quarantine in Christchurch takes the tour online. The quarantine comes to an end just in time for the team to play back-to-back games.

Three days later, it’s a trip to Tauranga for two more games back-to-back to close out the series.

Getting these players firing on all cylinders, let alone knocking off the reigning World Champions on their own turf, is going to take strong communication and some crafty work from the coaching staff.

“It’s not just the physical preparation we’ve had to get creative with, it’s the social interaction that a team is so used to. People play team sport because of that comradery, so how do you create that when you don’t have any downtime amongst your teammates?”

“So we’re looking at some ways to have some fun, to bring some light-heartedness and to break the day up.”

“We’re looking at different ways to do gym and weight programs in their rooms with minimal equipment that gets that loading into the players that they need to get ready for games.”

The team flies out from Sydney on Monday February 15 to prepare for games on March 2, 3, 6 and 7, all of which will be broadcast live on Nine, 9GEM and the Netball Live Official App.