We discuss the many changes that have occured in the Australian international netball landscape since the Diamonds last test match in 2019.

Remember 2019? When masks were reserved for surgeons and dentists and COVID-19 was just something tucked away in the deep recesses of your news feed.

From an Australian international netball perspective, 2019 marks the last time the Diamonds took to the court for a test match.

Do you remember that series? When we retained the Constellation Cup 491 days ago in Perth? A lot has changed since then.

Lisa Alexander was at the helm that afternoon, in what would be her last test match as the Head Coach of the Diamonds in her incredible career. Game one of this series will see the Stacey Marinkovich led era begin.

The Silver Ferns leading scorer that day was the unstoppable Maria Folau, who benefitted from the expert service she received from her long-time teammate and Captain Laura Langman. Of course, these two lynchpins of the sport have since hung up their bibs.

Anyone who watched that game almost 18-months ago, will remember the enormous role Ash Brazill played through the midcourt and the emotional moment when Caitlin Thwaites scored the Diamonds first goal of the third quarter of her final test match ever. Both will be cheering on from home.

That match was also fan favourite Tegan Philip’s final appearance for her country. Michelle Den-Dekker and Sharelle McMahon have taken the place of Megan Anderson and Claire Ferguson as assistant coaches. Gretel Bueta is a mum now!

A lot has changed and not just when we compare the squads to those that went head-to-head in 2019.

The almost 14,000 screaming fans put RAC Arena’s earthquake measures to the test that afternoon and I still hear the final 10-second countdown and subsequent roar every time someone says the word "Constellation".

Only the players, support staff and security guards will be in attendance this time around, following this morning’s announcement that all four games will be played with no crowds in Christchurch to help protect the community from the virus and to minimise travel. 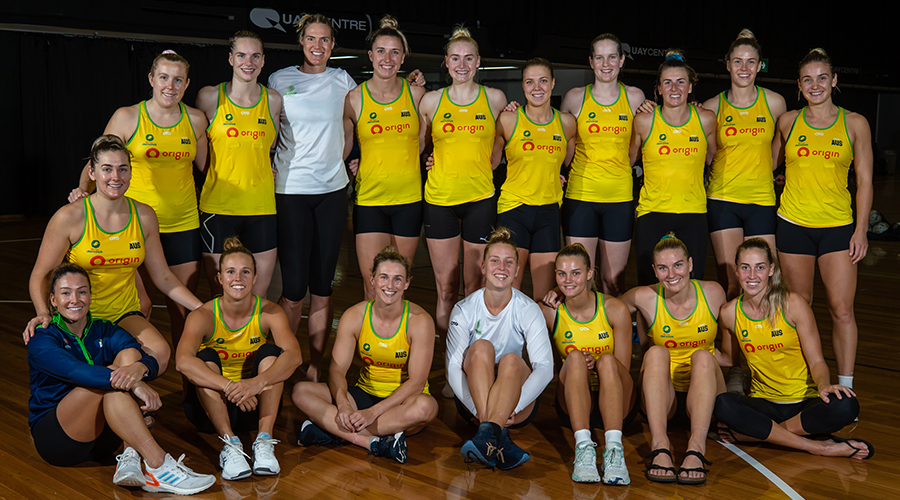 It is going to be a very different series than the one that simultaneously seems like it happened just yesterday but also feels so long ago.

Diamonds fans only need to look at the team sheet to notice these differences.

Of the 12 players that pulled on the green and gold dress in Perth, only six have travelled to New Zealand for this series. Thwaites, Philip, Brazil and Bueta as well as Laura Scherian and Maddy Turner have all come out of the team for various reasons.

The 18-player squad (16 squad members and two emergencies) that Marinkovich and her coaching staff have to choose from includes nine athletes that could potentially make their international debuts.

This is an exciting time for the Australian Diamonds and, with the Commonwealth Games just over a year away and the 2023 Netball World Cup looming large, it’s the exact direction the team needs to be going in.

Is our next World Cup hero in this squad or is she still ironing out the kinks of her shot on an asphalt court on Sunday mornings? Who’s our next fearsome leader? And are we about to be introduced to our next momentum changing defender?

The idea we could potentially see nine debutants in this series just two years before the World Cup in South Africa should have every Diamond fan pumped.

So, sit back and enjoy the show. For the first time since the green and gold confetti fell in Perth almost 500-days ago, the Diamonds are back and ready to celebrate a new era in Australian netball against their oldest rivals.

All four matches of the March 2021 Constellation Cup series can be watched live on Channel 9, 9GEM and streamed on the Official Netball Live App. Head here for full broadcast details.