The Diamonds have beaten the Manchester Thunder 94 goals to 62 in the first of two warm-up matches before the 2019 Netball World Cup.

The Samsung Australian Diamonds have defeated the Manchester Thunder 94 goals to 62 in a five-term practice match in Manchester ahead of this week’s Netball World Cup.

The Diamonds came into the match keen to trial some different combinations and work out any stiffness that may have come from the long trip to England.

They looked sharp early, scoring freely without captain Caitlin Bassett, who is being rested for the warm-up matches after sustaining a mild concussion in a team practice session.

Head coach Lisa Alexander was pleased with how well the Bassett-less shooting combinations worked against a Thunder team who have played both Jamaica and England over the weekend. 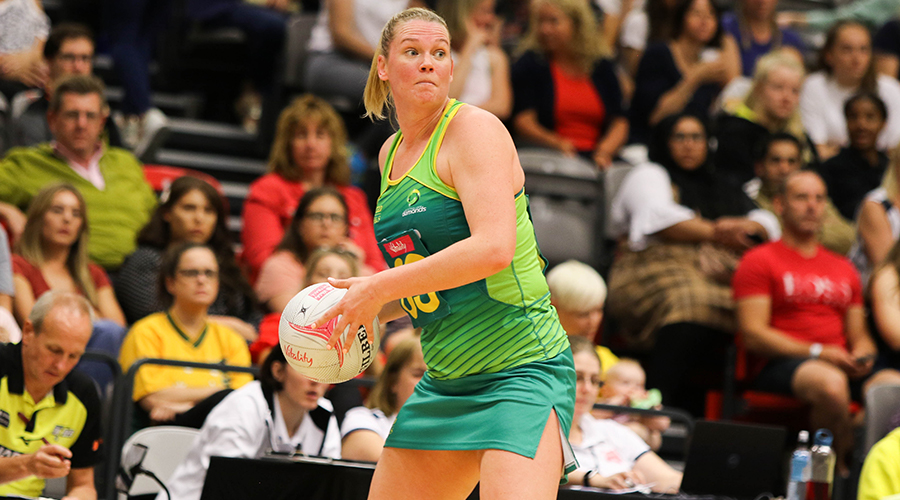 “We worked Gretel (Tippett) and Caity (Thwaites) for longer today, because their combination needed a bit more building, and I was really happy with what I saw.”

“I also loved having Steph out there with Gretel back in shooter, so that’s another really great option for us.”

Manchester Thunder, who are the current Vitality Netball Super League Champions, stuck right with the Diamonds, going goal-for-goal for much of the opening 15-minutes.

Sarah Klau, the newest Diamonds team member, was steady as a rock in defence, providing the springboard Australia needed to breakaway to a five-goal lead at the end of the first quarter.

It was much of the same in the second, as both teams kept the tempo high and scored freely.

April Brandley replaced Jo Weston at goal defence and made an immediate impact on the game, picking off a centre pass and firing the ball up to Kelsey Browne who found Caitlin Thwaites all alone under the post.

The Diamonds were clinical for much of the second term, jumping out a 37 to 29 goal lead at the second break.

It was an unorthodox Diamonds line-up that took the court to start the third term, with Gretel Tippett and Steph Wood working in attack and Courtney Bruce, Sarah Klau and Jo Weston playing goal keeper, goal defence and wing defence respectively. 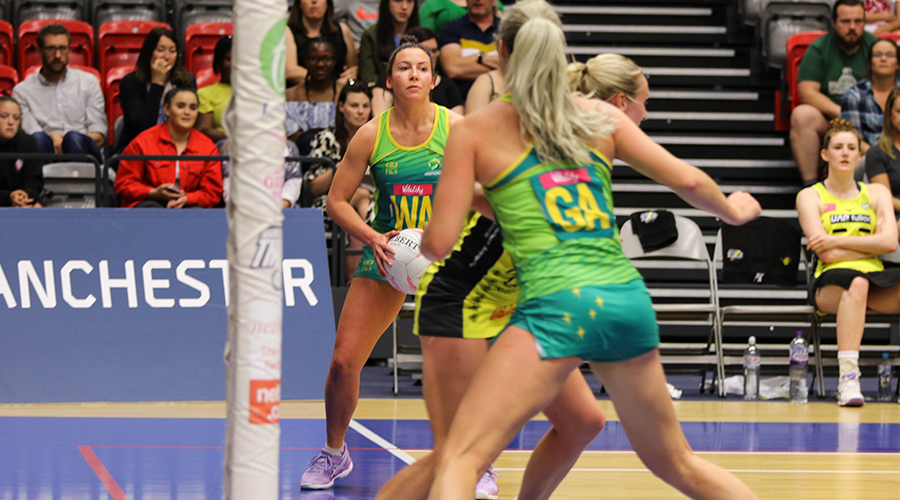 With Kelsey Browne and Paige Hadley playing wing attack and centre, the Diamonds looked fast and agile in attack and extremely imposing in defence, stifling the Thunder and extending their lead to 14 at the end of the third.

Jamie-Lee Price was brought on in centre for the fourth term and provided that signature grunt and pin-point passing that has become such a feature of her game.

“I was really happy with Jamie-Lee’s game at wing defence today. I thought she was really tight and she drove really well. And her centre game continues to get better - she’s so strong in there, which is really important for us.”

The Diamonds got to work extending their 23-goal fourth term lead immediately in the fifth. Thanks to some sniper-like shooting by Tegan Philip and Steph Wood, the Diamonds ended the game 32-goals up.

The Diamonds will play their final warm-up match against England A on Tuesday before leaving Manchester for Liverpool later that day.