Firstly, I would like to send a huge thank you to our fans back home, and some in the crowd, for the support you gave us all in the recent Quad Series in England. It is always heartening to know Australia is behind us all the way and we seek to make you proud every time we enter that netball stadium.

For this Quad Series, we set out to practice and simulate all holistic training practices and off-court logistics for the 2019 Vitality Netball World Cup, and it proved to be a terrific experience that enabled us to gather extra data to support decisions around our preparation in June and July.

Every detail was covered, even down to the sleep watches we wore (including coaches), to test our sleep hygiene and resilience and response to the long-haul travel factor – very interesting indeed!

"All Quad Series matches were tough and hard. It was the perfect final hit-out for us."

How we dealt with the numerous curve balls that came our way throughout our trip really demonstrated how tough and courageous our team is – not only our brilliant Diamonds athletes but also our team behind the team, our staff.

Our injuries and illnesses were all professionally handled, and the staff team coped seamlessly. We even had staff back in Australia pulling all-nighters to support us in England. They were all a little sleep deprived during this time as I’m sure many of you were as well. A big thanks goes to Clare Ferguson (specialist defence coach), Alanna Antcliff (physio), Laura Piromalli (performance manager), Kerry Leech (dietician), Angie Bain (wellbeing) and Jenna Handreck and Paddy Regester (media).

Our leadership group made up of Caitlin Bassett, Gabi Simpson, Liz Watson and Caitlin Thwaites performed extremely well and enabled the team and program to perform at its best with attention to detail in regard to our on and off-court behaviours.

This is a head coach's dream, when you can delegate and know that your leadership group has it under control. I never take the culture and behaviour of this team for granted. I wholeheartedly believe that high-performance and the edge required goes hand-in-hand with golden attitudes and agreed behaviours. 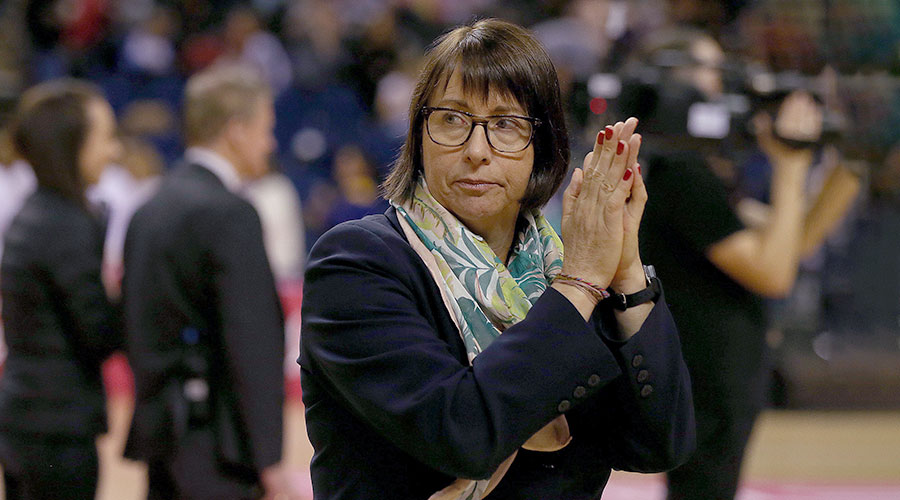 All Quad Series matches were tough and hard. It was the perfect final hit-out for us.

South Africa were just simply magnificent and pushed us all the way. We were not surprised that they defeated England and almost defeated New Zealand. Head Coach Norma Plummer and Nicole Cusack have coached so well and improved this program immensely with little in the way of resources. It is a credit to them and the athletes in their steely desire to improve.

New Zealand also pushed us all the way after we jumped them in the first quarter. The famous three of Laura Langman, Casey Kopua and Maria Folau were at their best in contributing to team outcomes. The Silver Ferns will be a force to be reckoned with by July. Head Coach Noeline Taurua has improved this team and will use her understanding of the Australian way to her advantage.

England were magnificent in running us down in that final game. Rachel Dunn is to be applauded for her performance coming on with such impact. The coaches of both teams surprised each other with their respective starting seven’s. It was a match of ebbs and flows. Magnificent viewing for the fans who were literally screaming in the stadium for their team. Our Diamonds were brave in defeat and know that it was not good enough to let a lead slip. This will be a reminder for us!

We were delighted to win the Quad Series trophy however we were disappointed with the loss in the final match. This will only drive us on further to seek improvement and provide laser like focus in preparation for the Vitality Netball World Cup in July.

We need to be tougher and win ball back for our goalers. We also need to show our desire to play with a clean sheet on the penalty count without dropping our intensity. We need to improve our overall accuracy and that means extra time at the post and under fatigue.

The next few weeks requires meetings around our big beautiful country with athletes and coaches, as we prioritise the areas to be worked on for the Diamonds, in collaboration with our Suncorp Super Netball clubs and support staff.

We will then move onto the Vitality Netball World Cup selection phase that includes our Diamonds squad camp at the AIS in Canberra in March. This will be our last time together as a squad before the team is selected in late May. Very exciting times indeed.

That is high-performance sport! We love it. Join us on our quest for perfection on the way to Liverpool.

Netball World Cup 2027: Everything you need to know