Diamonds midcourt star Paige Hadley has become the most versatile player in the Australian team, and she's ready to do whatever it takes to secure World Cup number two.

Each day Paige Hadley is in Liverpool, the most versatile member of the Diamonds’ midcourt takes “a little breath” and the time for a moment of reflection.

Four years after being the bolter in the team that won the World Cup title at home in Sydney, but only four months after not even being a member of the broader Australian squad of 18, one of just three Diamonds with previous World Cup experience is savouring her return.

“I was just happy to be there in 2015 and it was a bit of a surprise.’’ says Hadley, who has spent time on both wings and at centre as Australia has swept through its opening five games.

“Obviously I want to be a big contributor to our success and no matter what role that is I’m willing to play it, and I think being able to play those three positions is very important in this team and I’m loving that I’m able to provide three different options for Lisa (Alexander).

“I know I’ve got a big job to do and I’m a big part of this - I’m not just happy to be here, I really want to help contribute to that gold medal.’’ 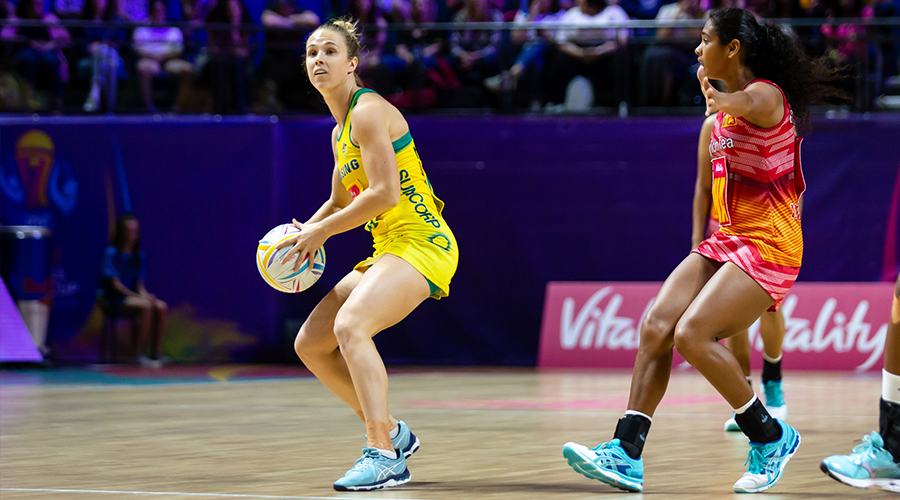 As Hadley knows, there is an awful lot of netball to be played yet. Thursday’s final cross-over game against old foe New Zealand will determine the finishing order from the second group stage ahead of Saturday’s semi-finals, where either Jamaica-slaying South Africa or Commonwealth Games champion England awaits.

Time for a re-set, of sorts.

“Last night we said ‘now we’re on our journey to the semis and the finals’,’’ Hadley said after the 74-25 defeat of Malawi that preceded Wednesday’s first competition-free day.

“In the last five games we started a great foundation and how we want to play the game and we built those combinations and those connections and communications with each other, but now it’s again lifting to another level, and the next three opponents are going to be very, very tough in their own way.’’

Starting with the experienced, resurgent Silver Ferns at M&S Bank Arena, where Hadley’s personal support group includes her parents, brother and baby niece Willow. “So (I’m) very lucky,’’ she says, “that they flew across the world to see me represent the green and gold again.’’

Not least against the familiar black dress of New Zealand, in the heavyweights’ 31st meeting since the 2014 Commonwealth Games final blowout in Glasgow. Australia has won 24 of the past 30.

“Everything’s special about it - an Australia-New Zealand game is one of the highlights of any tournament,’' says Hadley, whose next Test cap will be her 25th.

“We obviously know it’s going to be super, super tough, so we need to lift again and raise the bar again because we know they’re playing really great netball and they are getting a lot of turnover with their zone-like defence. 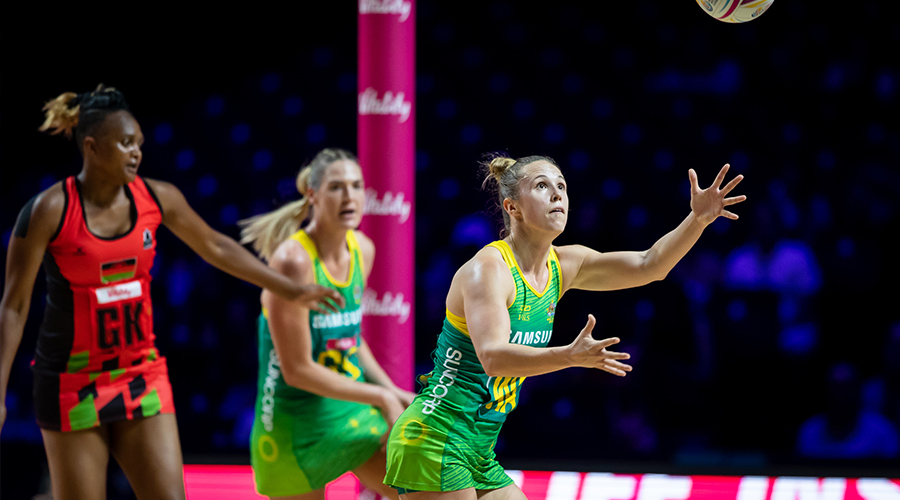 “So it’s going to be an absolute cracker of a match. I can not wait! I think it will come down to the wire, but for us it’s about being smart with the ball, treasuring possession, and getting through their zone as quick as we can.’’

It was not until the opening ceremony, followed by Australia’s opener against Northern Ireland, that it truly sunk in that Hadley had made it back out of the wilderness and into the frontline of the Diamonds’ quest for a record-extending 12th world title.

With three games remaining, the 26-year-old knows how she would like to close it. Of course she does.

“I have been visualising that moment and that game, and obviously being there in 2015 and knowing what that feels like, I want that feeling again,’’ says Hadley, whose determination is to embrace every day, and moment.

“We don’t want to get too far ahead of ourselves, and you do have to take it game by game, but I really want Sunday to come, and to have a lot of success on that day.’’