The Samsung Australian Diamonds have claimed the Constellation Cup after defeating the New Zealand Silver Ferns 53-goals to 46 in-front of a sold out RAC Arena on Sunday.

It was a dominant display by the home side, who led the Silver Ferns from the opening whistle to the last to secure their seventh straight Constellation Cup.

The Diamonds hit the court looking determined to wrap the game up as early as they could. They were confident moving the ball forward and stingy in defence, causing key turnovers and dominating the possession. 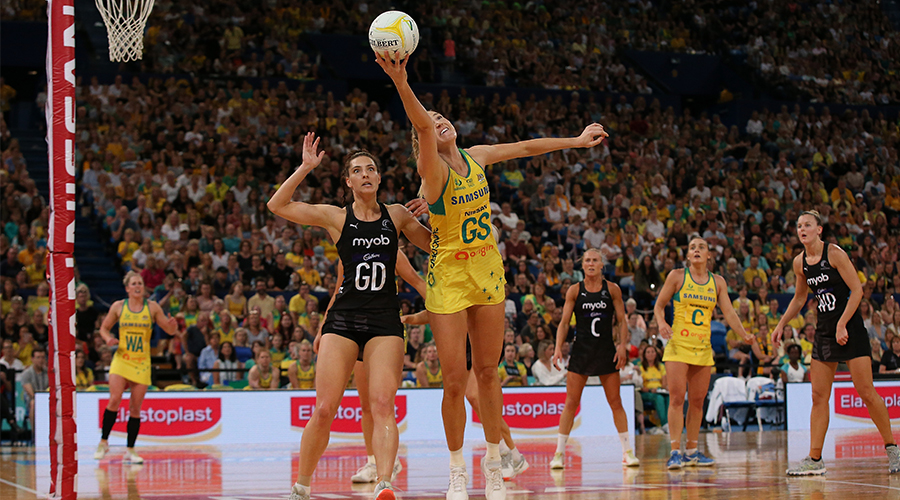 In her 100th international test cap, Caitlin Bassett was locked in from the opening whistling, pouring in ten of her eventual 25-goals in a clinical opening fifteen minutes.

The Silver Ferns just couldn’t settle, and the Aussies could sense it, pouncing on every mistake and outworking the visitors as they took a 16-goals to seven lead into the first break.

The onslaught continued into the second, as the Australian’s went on a five-goals to one run to open the second quarter.

It all started in defence, as Courtney Bruce, Jo Weston and Samsung Player of the Match Ash Brazill were putting on a clinic, combining for four-intercepts and seven gains in the opening half.

Their efforts were inspiring the whole team, who were determined not to let the Kiwis back into the game, going on another back-breaking six-goal to two run and stretching their half-time lead to 13. 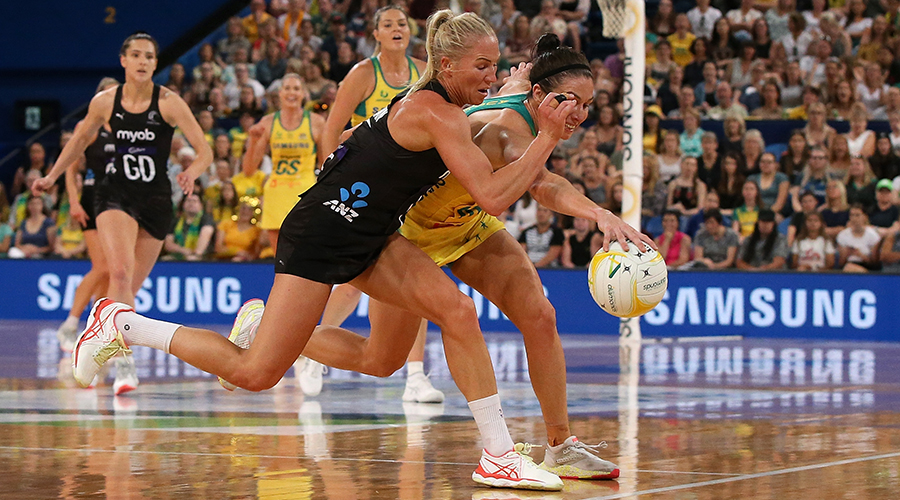 As we’ve learned in the first three games of this series, there is no quit in this Noeline Taurua coached Silver Ferns team. They proved this right away, as Ameliaranne Ekenasio and Maria Folau combined for a six-straight-goals, cutting the Diamonds lead back to just seven with ten minutes to go in the quarter.

The Diamonds needed to steady, and head coach Lisa Alexander made her move; Jamie-Lee Price into wing defence and crowd favourite Ash Brazill into centre for Liz Watson.

It had an immediate impact on the game, as Brazill brought her trademark high intensity to the position and expertly fed Tippett and Caitlin Thwaites, who made her emotional final appearance for the Diamonds, scoring six crucial third quarter goals to keep the Kiwis at bay.

Even with a comfortable nine goal lead to start the final quarter, the Diamonds knew there was still plenty of work to be done if they wanted to ice the match.

And the new Zealander’s reminded them right away, lifting the intensity and pulling the Australian lead back to just four with six minutes remaining in the match.

The series coming to a close marks the end of the 2019 campaign for the Samsung Australian Diamonds.