So much netball was played at the world class level this past year both internationally and domestically, it is at times head spinning.

As we take off from our respective airports around our big country on our way to England to compete in the Northern Quad Series, it is timely to reflect on the achievements of the Samsung Diamonds in 2018, and also cast forward to 2019, a World Cup year for netball.

It was our biggest year ever in my tenure as National Coach with 17 test matches completed over four different competitions for the Samsung Diamonds in three different continents.

Three out of four trophies in the cabinet with a silver medal won at Commonwealth Games at the Gold Coast.

World number one ranking maintained whilst ensuring the depth of the Diamonds squad was tested with retirements and debutantes.

"Australian's love to compete and we must lead the way in the manner in which we go about that level of competing."

We introduced a new coaching set up with Megan Anderson and Clare Ferguson (McMeniman) coming on board as specialist coaches, replacing the legendary Marg Caldow and Roselee Jencke.

All of this points to an incredibly successful year but not winning gold in Australia for our home Commonwealth Games cuts deeply indeed. We always want to shine when it's our time in the sun.

However, the only way is to look forward and not over our shoulders, work hard and train like never before as we seek evolution in our game and set course for the World Cup in Liverpool in July 2019.

This year will also see several other Australian teams compete in their respective World Cups, the Matildas, the Wallabies and the Australian Men’s Cricket team - go get ‘em! We wish you all the very best and know and understand what you’re going through in your quest to be the world’s best.

Australians love to compete, and we must lead the way in the manner in which we go about that level of competing. Competing with honour, grace and dignity should always define us, along with our quest for perfection.

We were very pleased for the England Roses in winning the gold medal at the Gold Coast Commonwealth Games in the way they competed, and especially the thoroughly deserved level of interest that has been created in the UK.

Winning the moment of year in the BBC Sport Awards was a watershed moment for netball in the UK especially and also globally.

Even though some of our friends in the USA can't understand our rules and why having a penalty shot under the post should have created such unbridled joy, the best part is that they actually did take notice and it is now our opportunity to educate and show how great is our game.

Now for the Samsung Diamonds 2019 year.

We are excited and can't wait to test ourselves out against New Zealand, England and South Africa in England in January.

The Quad Series has grown into a world class competition very swiftly and is eagerly anticipated by all competing countries.

Many people are making the trek over to Liverpool to watch what will be a world-class, best-ever sporting event which is no longer a two-horse race.

Many changes are in store until the teams are finalised for the 2019 Netball World Cup and this Quad Series will give us an excellent gauge as to the work that still needs to be completed to be ready for July.

Our own squad of 13 will need to be trimmed to 12 for each test match so training form will be a high priority. You have to earn the privilege to wear the gold dress and earn a test cap.

We will also be trialling some preparation simulations for the World Cup in July during this January tour to gain more understanding of our performances in this touring and overseas environment. Stay tuned.

Remember tournaments are very different to week-to-week competition. The Samsung Diamonds need to be prepared for five matches back to back at the beginning of the tournament without a rest day. This is a challenge.

This year's season will be brilliant again and I can't wait for Round 1 in April.

The Diamonds squad will come together in a camp at the AIS in Canberra in late March as our final hit out as an extended squad before the final Netball World Cup team is chosen in late May.

I know tickets have gone like lamington jellies and many people are making the trek over to Liverpool to watch what will be a world-class, best-ever sporting event which is no longer a two-horse race.

We love your support and need it. It drives us to higher levels. 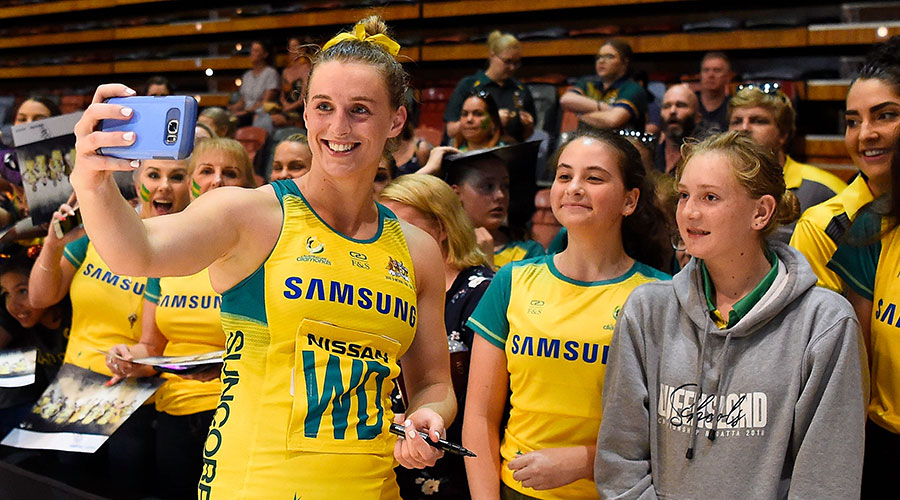 I can't wait to see all the green and gold on display in Liverpool and the loud Aussie voices and singing in action. This will be a highlight of the event, the dressing up competition is legendary!

Finally, in this blog I wish to pay heartfelt tribute to our wonderful former Assistant Coaches Marg Caldow and Roselee Jencke.

Roselee has been my teammate, competitor and assistant coach for over 25 years. I respect her enormously and all that she has achieved.

Roselee and I have connections from way back as our mothers went to the same small school together in South Gippsland and we both love the Hawthorn Football Club!

Roselee will continue her support for myself and the Samsung Diamonds as Head Coach of the super successful Queensland Firebirds. She bleeds green and gold and purple!

Marg has sat alongside me in around 60 test matches together over a five-year period. Winning a Netball World Cup in 2015 and a gold medal in Glasgow were highlights but these were no more of a highlight than the bond we now share as friends.

Mostly she is the kind of person you love to spend time with and have a laugh. She is pure gold, so loyal, so competitive, so driven, so much fun.

From all of us at the Samsung Diamonds and netball in Australia we salute you Marg and Roselee - thank you.