The newest Samsung Diamond team member, Sarah Klau, still can't believe that she might make her Diamonds debut at the Netball World Cup in Liverpool, but is ready to seize the opportunity if it comes.

Which is as good a reason as any to repeat the last few back to the only uncapped Diamond in the Netball World Cup squad and ask her to reflect on what she has uttered, and how far she has come.

“Just linking arms with all the girls on the line is going to be really special and it will be a really proud moment singing the national anthem, then hopefully supporting or playing my first match for Australia,’’’ she says.

Let’s repeat: hopefully playing my first match for Australia. How does that sound?

Count on Klau getting used to it, just as she has slotted in nicely so far as the newest member of the 12-strong squad that coach Lisa Alexander considers capable of winning Australia’s 12th world title, with the first whistle to be blown in Liverpool on Friday. 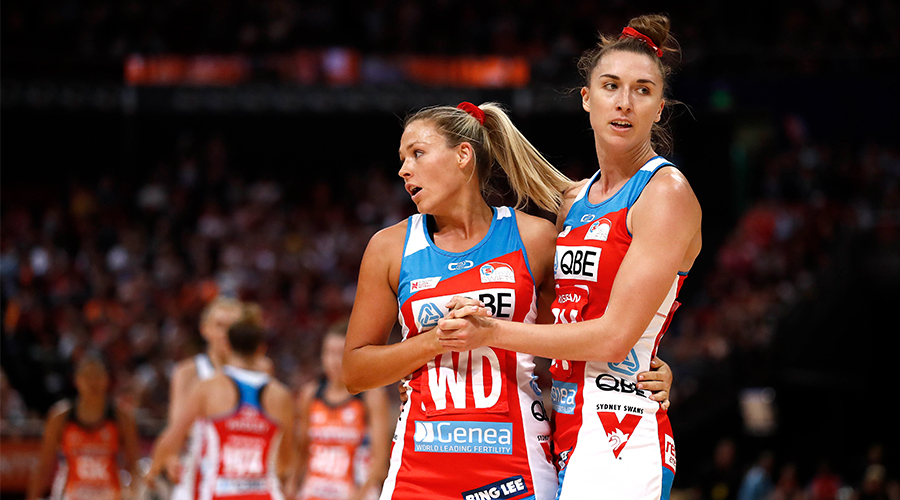 Klau, of course, has nothing to compare it with, having come from, well, the clouds with the help of a strong start to the Super Netball Season for ladder leaders the NSW Swifts to win the final defensive place.

Yet it was only three years ago that the South Australian native from rural Yorketown moved to Sydney after failing to win a playing contract with the Adelaide Thunderbirds. It was, she believes, the best decision she ever made.

Last year, she was still asking Alexander what she needed to improve to earn promotion from the national squad into the team itself. And now, after improving technical aspects such as footwork, and psychological ones like presence, preparation, leadership and belief, here she is.

“I’m just so grateful for the opportunity; it would have been such a tough selection and I just made it in by a whisker, literally,’’ says Klau, a Master of Occupational Studies student who has the added challenge of managing Type 1 diabetes with an elite playing career.

“So I think I probably caught a few people by surprise, and obviously I’m the only one without a cap next to my name heading in, so it’s all very new to me.’’

Camps in Sydney and Manchester have helped with familiarity, strategies and confidence, but there remains a pinching-herself element when the 24-year-old realises she is playing a defensive role filled by her idol Julie Corletto and fellow greats Laura Geitz and Sharni Layton at the Sydney 2015 edition of the sport’s pinnacle event. 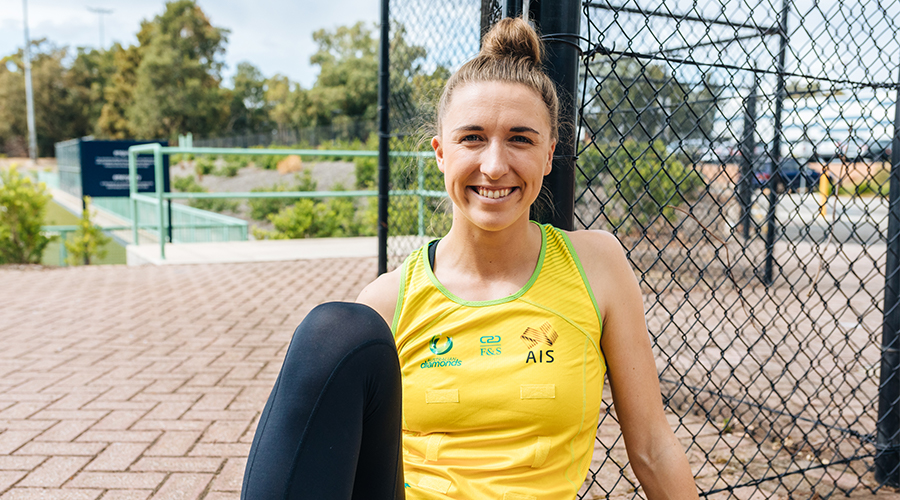 “I think that’s why I’m struggling to believe it myself!’’ says Klau of her rise from uncapped status. “I think it’s really nice that (the selectors) have got the confidence in me, and I believe I can do well and hopefully show them that they’ve made the right decision.

“Wearing the green and gold for the first time is going to be incredible and obviously a very special moment, something I won’t forget. To be debuting, hopefully, in the largest netball world event is amazing. A dream come true.’’

Alexander points out that “you can put yourselves in a pickle by picking everyone who has had experience before - that’s not how you select a team. But I think she’s had enough experience at pressured netball, in Suncorp Super Netball, particularly, in the three years with the Swifts, that she is ready for this.

"She’s really, really hungry, she’s done the work that she’s needed to do.’’

The list Klau was given to work through with Swifts coaches Briony Akle and Anita Keelan has been acted-upon, and Alexander believes that, subsequently, her newest goal keeper has taken her game to another level.

“The way that Sarah is able to envelope her body and get just clean ball is fabulous to watch, so that’s what I’ve enjoyed this year,’’ says the national coach.

"Her consistency across four quarters is excellent, she’s in terrific shape, and she can also go out to goal defence, as Courtney (Bruce) can as well, which gives us great flexibility in the team to be able to change things up according to the opposition we have.’’

Sarah Klau, the newest sister-in-arms, will be ready. Before then, she will be singing. Smiling. Linking arms. Giggling, maybe. She’ll also be the one who can’t wait.