The idea of sisters-in-arms has always driven the Australian Netball team. We before I. One in, all in. A united group driven toward the same goals.

It has been key to the consistent success the Samsung Australian Diamonds have enjoyed and serves as a beacon to all players who come into the squad: Your sisters are right beside you.

According to Diamonds defender Emily Mannix, this mantra plays a major role in keeping this ever-evolving squad unified.

“In a group where people come and go all the time, it’s important for us to have something that we can all go back to and touch on,” she said.

Sisterhood is a part the fabric of the Australian netball team, and that history is not lost on Mannix.

"I always have a little look at myself in the mirror wearing the dress and it’s so surreal and something that I still find very special."

In fact, it’s that history and the opportunity to carry on the traditions of those who have come before her that inspires Mannix every time she steps on to the court.

“I’m Diamond number 173, and while that may seem like a lot, it blows my mind that only 172 women have worn the green and gold dress before me in the almost 100-years of history of Australian netball.”

“You’ve got to think of how many women play netball around Australia, its actually pretty incredible when you look at it like that. You’ve got to remind yourself how special that is and you can’t take it for granted.”

A native of Victoria’s Bellarine coast, Mannix grew up idolising shooting legend Sharelle McMahon and dreaming of one day representing her country at the highest level.

Her opportunity to do so came during the 2017 August Netball Quad Series in New Zealand, when she was brought on midway through the match against the Silver Ferns. 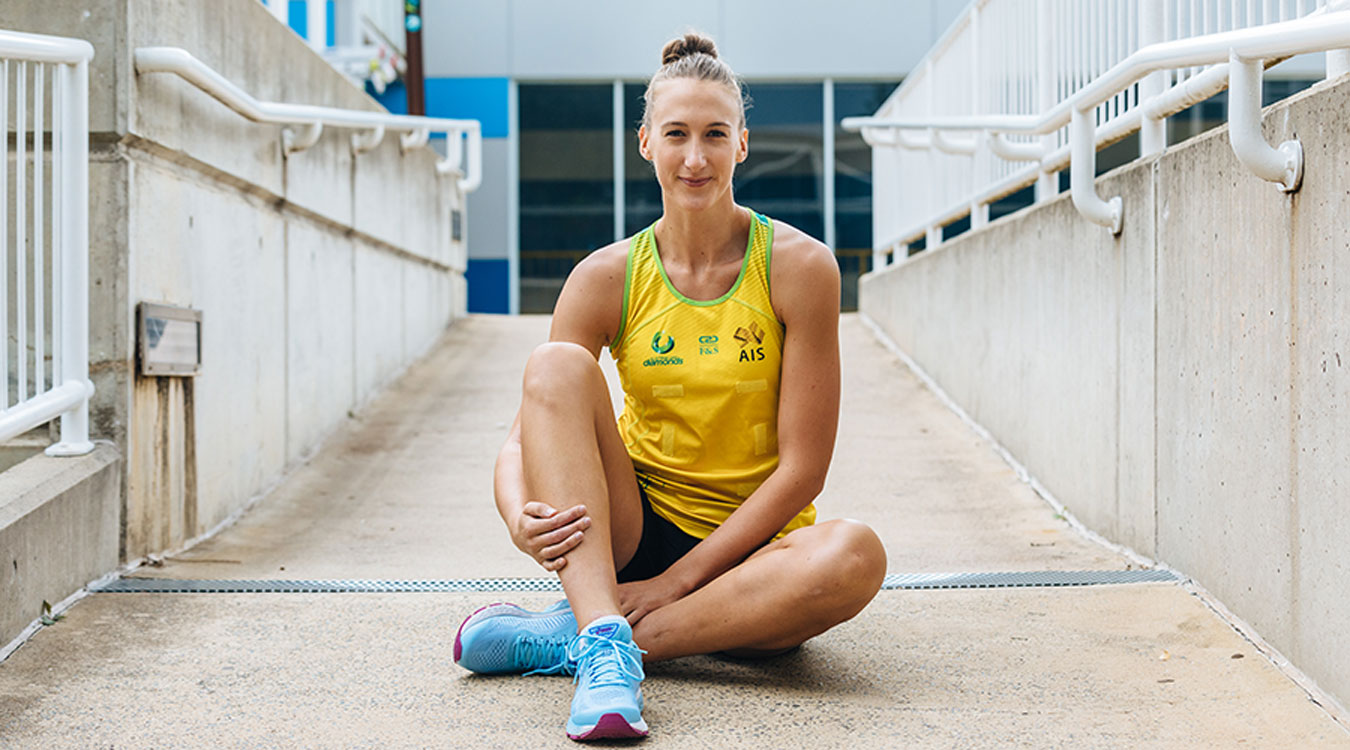 It wasn’t the perfect start to her international career Mannix was hoping for, but one she will certainly never forget.

“I was very excited, but I had such mixed emotions,” she admitted.

“We were down by over ten goals against New Zealand and Lisa came to me at the break and said ‘Emily, you’re coming on in goal keeper.’”

“I think I was smiling the whole time I was out there – even though we were losing – and everyone was getting around me because they knew how much it meant to me.”

Since then, Emily has remained a key member of the Diamonds squad, making up part of a defensive unit which currently includes Courtney Bruce, April Brandley and Mannix’s Melbourne Vixens team mate Jo Weston.

The Australian Diamonds dress means a lot Mannix, who still pinches herself every time she catches a glimpse of herself wearing it in the mirror.

“It’s hard to put into words how it actually feels. I always have a little look at myself in the mirror wearing the dress and it’s so surreal and something that I still find very special,” she said.

“Just knowing who I’m representing; my family who have given me so much, friends who’ve supported me; and everyone who has been with me along the way. It feels amazing knowing they’re all behind me.”

Mannix has looked strong at both the March Diamonds Camp and the Suncorp #TeamGirls Cup, the Suncorp Super Netball preseason tournament, and will be pushing hard for a place in the World Cup squad.

“You’ve got to make it count because, next year, next week I might not be getting this opportunity so you’ve always got to be very humble and look at it as a very special and rare opportunity, so I feel very lucky to be in this group.”

Netball assesses state of the game

Bueta to become a mother