There has only been 177 athletes who have had the honour to be named an Australian Diamond, and that privilege is not lost on Diamond 167 Jo Weston

You don’t have to be a whiz with numbers to work out how rare it is to pull on an Australian Diamonds dress.

But it probably helps.

As an analyst with international auditing and financial advisory firm Deloitte, Jo Weston could almost certainly crunch the data for you on the chances of becoming one of the 176 women to have represented Australia, out of the millions of players who’ve played netball over the decades. 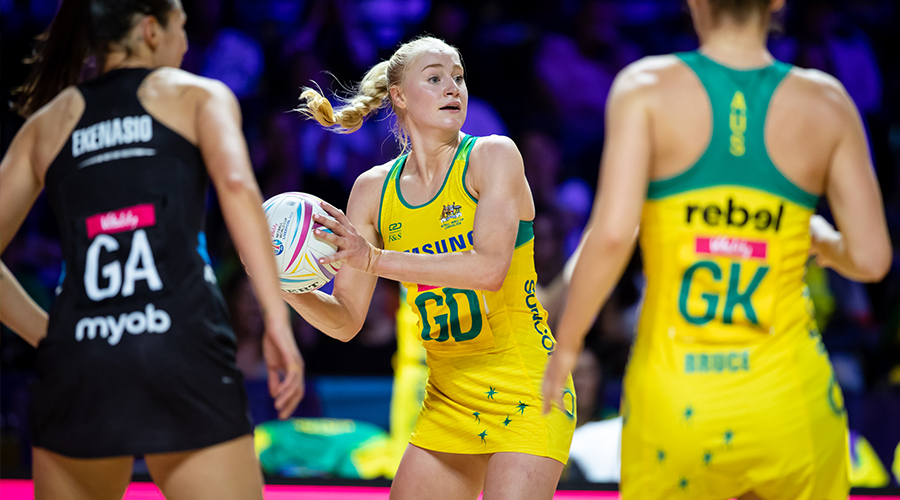 “I am probably from more of a numbers background, so if you do the stats on that in comparison with how many people play netball, it’s a pretty exclusive club. So to be on the ‘guest list’ for that (club), it is a really big honour,” Weston says.

“I think when I was younger the Australian netball team … were players I really idolised. Never in 100 years would I have thought that I would get to be a part of such a dynasty of sporting legends. It’s pretty cool.”

When Weston made her Diamonds debut during the 2015 Constellation Cup series, she became a part of the Diamonds’ treasured “sisterhood” – a team ethos they hope will again carry them to the top of world netball at this month’s World Cup.

The notion of taking to the court with her “sisters” is particularly poignant for the 25-year-old Melbourne Vixen – simply because her family tree is devoid of them.

“I have two older brothers and I actually don’t have any other female cousins so for me netball has been a really big part of forging female friendships,” she says.

“That’s why I initially fell in love with the sport, because it wasn’t something I had really experienced in my personal life, so to have that really be the emphasised as part of the Diamonds culture really resonates with me and I would count some of my teammates as some of my closest friends.” 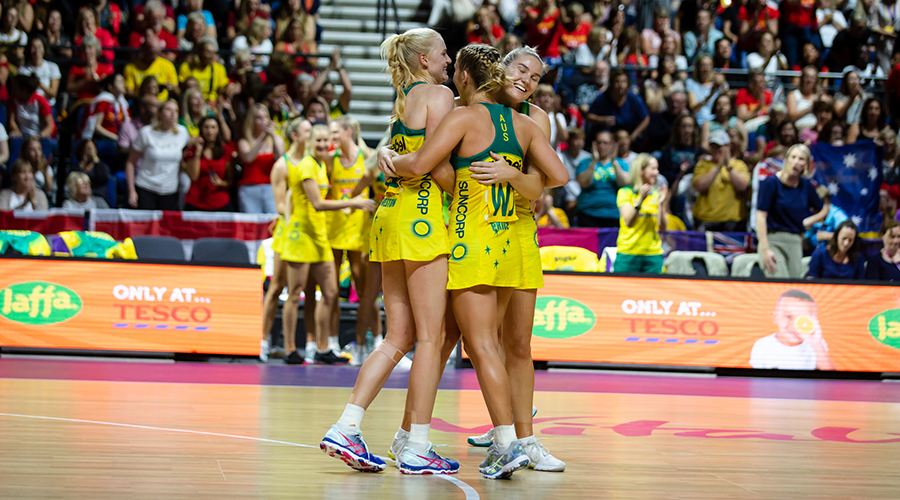 “We’ve been through a lot together and we’ve obviously shared a lot of experiences and have very similar outlooks in terms of what we value in life. It’s very present, it’s very real.”

Weston is acutely aware of the responsibility that comes with donning the Diamonds dress in Liverpool. The memory of meeting her own netball heroes as a young netballer growing up in Melbourne remains fresh in her mind more than a decade later, so it’s something that she carries with her whenever she steps out in the green and gold.

“For us as a team collectively we sort of really hold that responsibility pretty high up in terms of how young girls look to us as role models,” she says.

“I think young girls and boys being able to see women as athletes and respected in their field of work is really important for us. Individually I just love it, I can picture myself back when I was that age playing on a Saturday, playing rep netball, and I definitely have photos with Julie Corletto, Sharelle McMahon and Liz Ellis.”

“It’s something that really hits home because I know all of us could probably rewind the clock and put us back in that same position where we were 10, 15 years ago, so to be the players that those young girls are looking up to now, it’s a pretty emotional thing, actually.”