Aside from being a vital bookend in the Australian Diamonds squad, shooter Cara Koenen has taken on an arguably more important role in the team.

Those are the words Cara Koenen recalls telling Australian Diamonds head coach Stacey Marinkovich when she called to tell the Sunshine Coast Lightning shooter she had been selected in the 12-woman team destined for the Commonwealth Games in Birmingham - a feat in its own right.

But she confesses, it was all a bit of a blur.

“I was in complete and utter disbelief,” she said, before reminiscing about sitting on the couch staring at her phone watching the minutes tick over before Marinkovich called.

“I was just so shocked because of how competitive the landscape is in Australia at the moment.

“It’s insane and I didn't want to go in with any expectations, so I was pretty mind blown. I got emotional on the phone. There were lots of tears. It was a real crazy goose bumps moment.”

The foundation Lightning player has dominated the Suncorp Super Netball competition in recent years, cementing her spot as a world class shooter.

She scored more than 500 goals in last year’s SSN season and while Lightning may have finished on the bottom of the ladder in 2022 Koenen still scored more than 400 goals, a clear indicator of her recent dominance on court.

Other than being a vital bookend for the Diamonds team, standing at 190cm in the shooting circle, Koenen also takes on another – arguably more important role – as the team’s DJ.

“It’s a very hectic job. It really weighs heavily on me,” she jokes of being in charge of the pre-game beats.

“I do same thing at Lightning as well. I have the speaker so they (teammates) have put me in charge of being the music maestro which is a bit stressful at times.”

When asked about what it means to be a Diamond, Koenen offered a nod to the women who came before her and paved the way for the athletes of today.

“Australia is such a sporting nation. You look up to these girls (former Diamonds and netballers) and these amazing, amazing athletes for years and years and it was almost impossible to picture myself ever being there.

“It’s just such an honour and to be able to represent my family as well… to have my last name on the back of a green and gold dress is super special to me.”

When it comes to family, Koenen made sure to highlight the sacrifices her parents made to help her achieve what many others can’t.

She also touched on the cutthroat environment that elite sport naturally fosters and said it was important to be mindful of the girls who had missed out on Diamonds selection.

“As I said before, it's so competitive here so you're very mindful of the girls who haven't been selected and wanting to do them proud as well and bring home a gold for the whole squad,” she said.

When talking about the wider team, Koenen credits Lightning teammate and Diamonds vice-captain Steph Wood for much of her success.

“When we both realised we had made the team we called each other on FaceTime and cried for like 10 minutes,” Koenen said.

“She’s a phenomenal leader and she's been such a massive part of my netball journey.

“She would never allow me to (say) it, but I owe a lot to her and the things that I've been able to learn off her and the growth that she's helped me have not only as a player, but as a person as well, has been huge.

“She’s been a massive part of my journey so to be able to finally share this major event together is going to be really, really cool.”

And as she sits courtside in Brisbane after her first Diamonds training camp of the season Koenen considers those around her.

“There’s just another level of intensity and competitiveness (in the Diamonds squad). Everyone rocks up to every training and is pushing each other. You've got some of the best athletes in Australia here,” she said.

“It’s an amazing opportunity for me to learn so much. Not only from the shooters that I have the pleasure of working with but also all the way down the court the midcourters and defenders as well.

“There are elements of our games that we share amongst each other and only make each other stronger and better.” 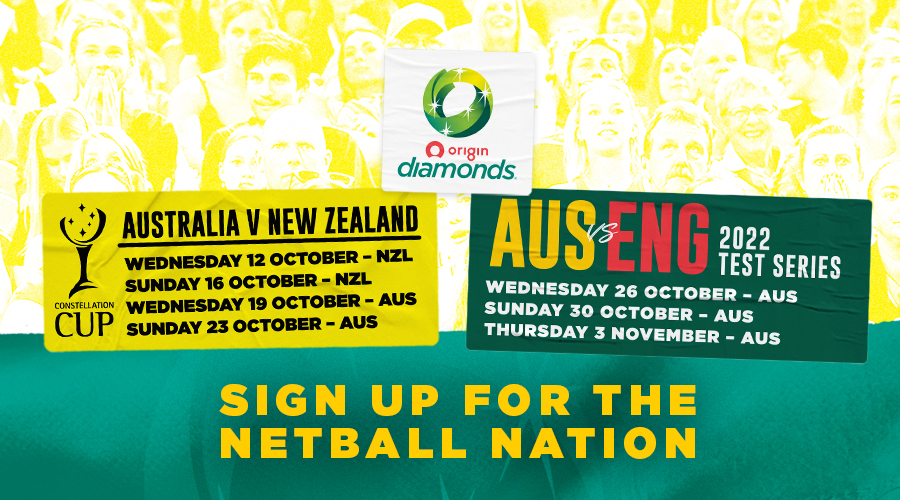