Lisa Alexander can still remember the moment in 2011 she was told the job was hers. It was emotional. Very. Alexander was the first woman appointed to lead the Diamonds who had not herself worn the gold dress.

Having logged Test No.90 back in the January Quad Series, the former maths teacher had no need to call on her numerical skills to calculate that the three-figure milestone was due before the end of 2019.

"It’ll be a great honour, and it is a great honour to be the Australian Diamonds coach, so I’m just really humbled to be still there after 100 Tests,'' the 55-year-old said.

"It’s not been done before, so that’s a great thing, and I guess it shows that we’ve been pretty successful with this program over the eight years - still world No.1, so that’s terrific, and whilst I’m enjoying it and still motivating and inspiring the athletes that I work with, well, hopefully I can keep going a little bit longer.’’

The fact the century will be reached against New Zealand seems appropriate, for 46 of Alexander’s previous 99 Tests have involved the Silver Ferns. She has presided over an 81-18 record overall, with a contract extension until the end of 2020 set to carry the Victorian into a ninth year. 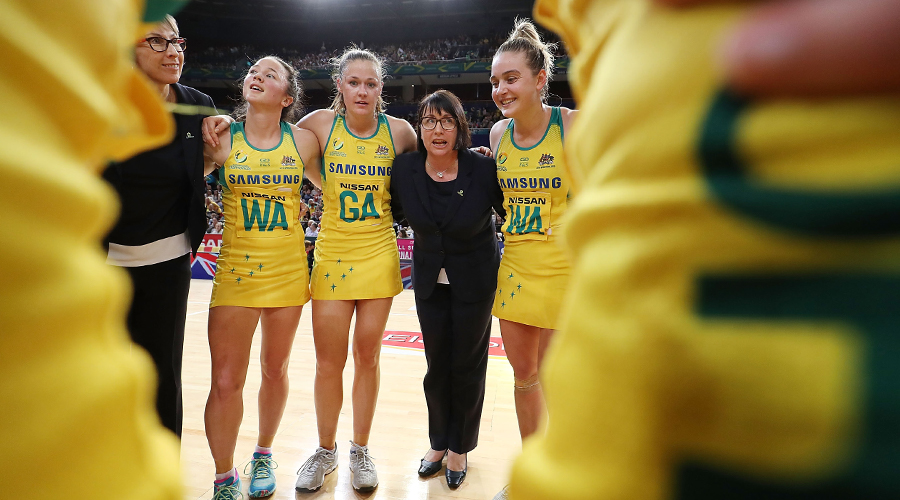 There were injuries early on, and much consternation as a depleted Diamonds’ team was toppled - almost unthinkably at the time - by England in early 2013. But a remarkable, unbeaten 2014 was capped by an emphatic Commonwealth Games gold in Glasgow (leading to Alexander’s subsequent crowning as AIS Sport Performance Awards Coach of the Year), before the high-pressure 2015 World Cup triumph at home in Sydney.

Asked to nominate some of the most admired players from games 1-99, the list, too, is long. Overall, the most memorable athlete is the great Sharelle McMahon, a former pupil at Melbourne Phoenix; among former Diamonds during her tenure, the names include - for different reasons - Claire Ferguson (McMeniman), Laura Geitz, Nat Medhurst, Renae Hallinan, Julie Corletto, etc, etc.

A special mention, too, for current captain Caitlin Bassett, the only player remaining from Alexander’s “nerve-wracking” debut Test in Newcastle against England eight years ago.

“CBass has been along the whole journey with me, so she understands my quirkiness, I understand hers, and she knows that I won’t ever not tell her what she needs to know,’’ says the coach.

“She’s been a huge part of our wins along the way, as well, (as) the world’s best shooter. I know the two of us have been hurt by not winning the benchmark events together as coach and captain, and she’s seeking to redress that in this series, as I am as well, so the two of us working together on that will be fantastic.’’

Netball Australia president Paolina Hunt and Alexander’s husband Malcolm are among those making the trip across the Tasman for Wednesday’s game, where we can expect a presentation, and warm appreciation. But other than that? “Really all I want to do is win the match,'' she laughs. "That’ll make me really happy.’’ 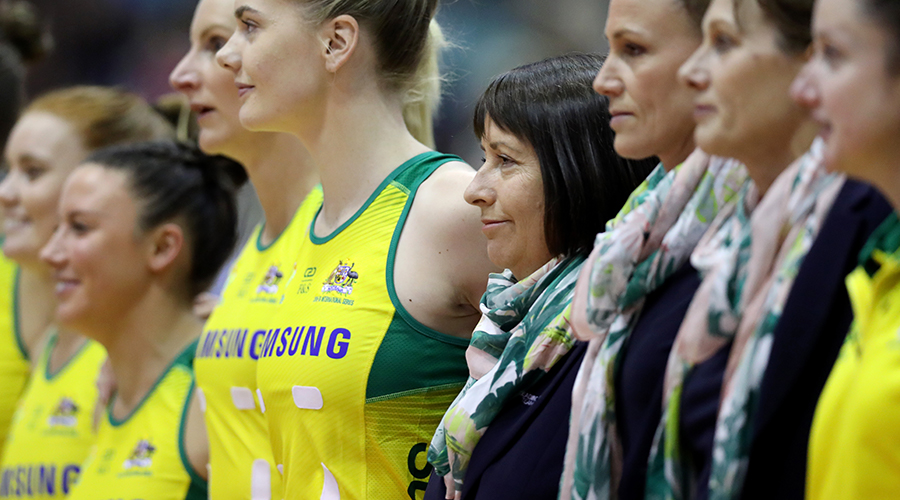 If Alexander considers each Test so unique that it still feels like the first, then among the things the self-described "players' coach" has learnt along the way is to never underestimate the capabilities of young people nor the value of leadership. Personally, it’s about not getting "caught up in all the hoo-has around the outside”. And sweating the small stuff less.

And just as Alexander is determined that her players never become disconnected from the community or forget where they came from, what of her own start in a job she had never expected to call her own? On that 2011 day a tearful Alexander received the news, what would she have thought would be a good number of Tests to have coached by the end?

“Oh golly. I don’t even know! As a coach you’re always on edge about something happening. You could be booted out at any time. You don’t dare to dream that stuff because you’ve got to plan ahead, of course, but if you look too far ahead then you’re not really looking after the present time with the players and with the program.

“I personally didn’t ever sit down and think ‘I want to get 100 Tests’. It never happened that way. I’m just happy each time we get out there and win. That is just fantastic. And obviously losing really hurts and sucks, because we just don’t do it very often.

“So the winning side of it is a relief in some respects because we’ve achieved what we set out to achieve, but it’s also very joyous, and I try to make sure I enjoy the wins along the way, because you never know when it’s going to stop.’’

Alexander will lead the Diamonds into game 2 of the Constellation Cup series on Wednesday in Auckland. The match can be watched live on 9GEM and the Netball Live Official App at 5:30pm AEDT.