The Diamonds unbeaten run at the 2019 Netball World Cup continues after the Australian's beat Barbados 91 goals to 22 in the second round in Liverpool.

Australia’s unbeaten run at the 2019 Netball World Cup continues, after defeating Barbados 91 to 22 in Liverpool.

The Diamonds dominated the Bajan Gems for much of the match, thanks to some incredibly accurate shooting and relentless full court defence.

It wasn’t the cleanest of starts for the Diamonds as they were hounded by a hungry Barbados team for much of the opening quarter. Nothing came easy for the Australian’s and the flow that came so easy against the Sri Lankan’s in game three wasn’t there. 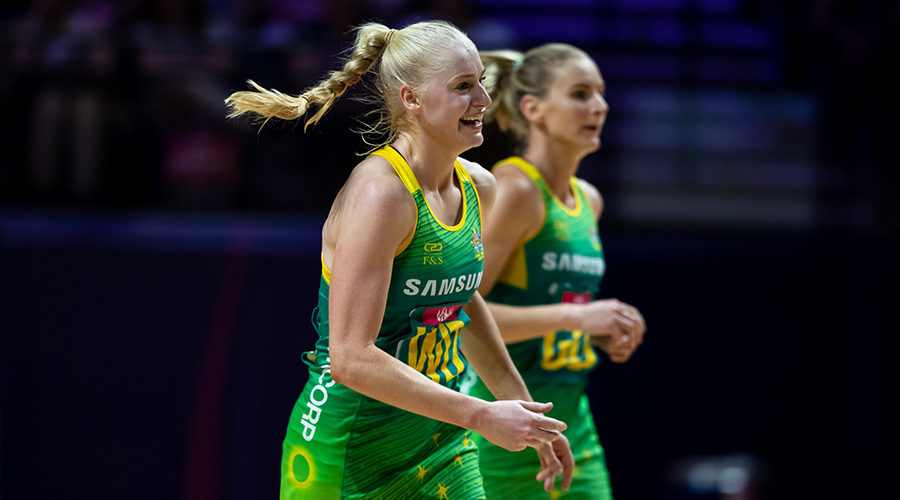 But the Diamonds steadied, thanks to some strong rebounding work in both goal circles and some excellent predictive defence from the ball-hungry starting defensive trio of Courtney Bruce, Sarah Klau and Player of the Match Jo Weston.

They hunted down the Barbados attacking drives and stamped them out, keeping the girls in blue to just five goals at the end of the first quarter, 18-behind the Aussies.

The Diamonds went into overdrive in the second, outscoring Barbados 23-goals to 2 for the quarter on their way to a 39-goal lead at the halftime break.

It was a dominant display all over the court, with Courtney Bruce taking three of her eventual four intercepts for the game, Kelsey Browne and Paige Hadley were scintillating in transition and Steph Wood playing one of the best quarters of her career. 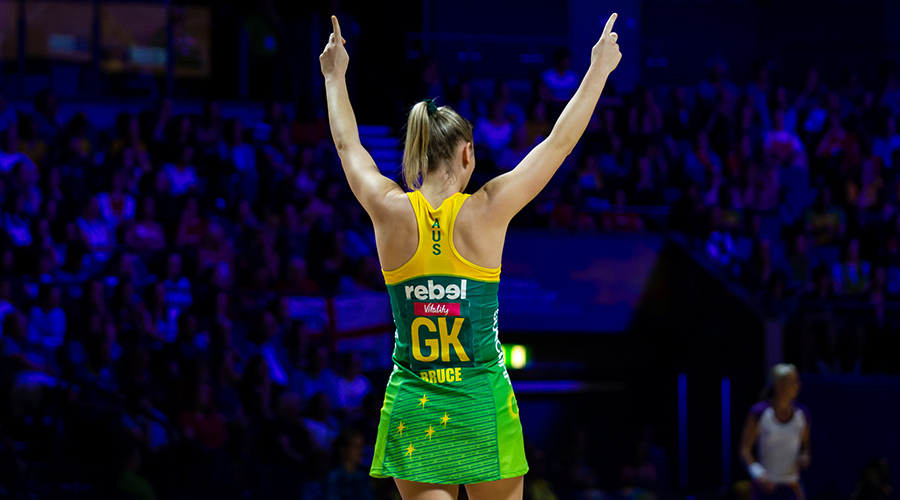 It was a very different Diamonds line-up that took to the court for the third quarter, with Gretel Tippett, Liz Watson, Jamie-Lee Price and April Brandley replacing Wood, Browne, Hadley and Klau.

When she came on to the court to replace Bassett, Caitlin Thwaites officially reached 50-test caps for the Diamonds, and what a half she played.

22-goals from 22-shots to go with the 67 she scored yesterday, means she’s scored 89-goals in just six quarters of netball. And her partnership with Gretel Tippett looked to work seamlessly, as the two combined for 25 from 25 in the third, extending the Diamonds lead to 56 at the end of three. 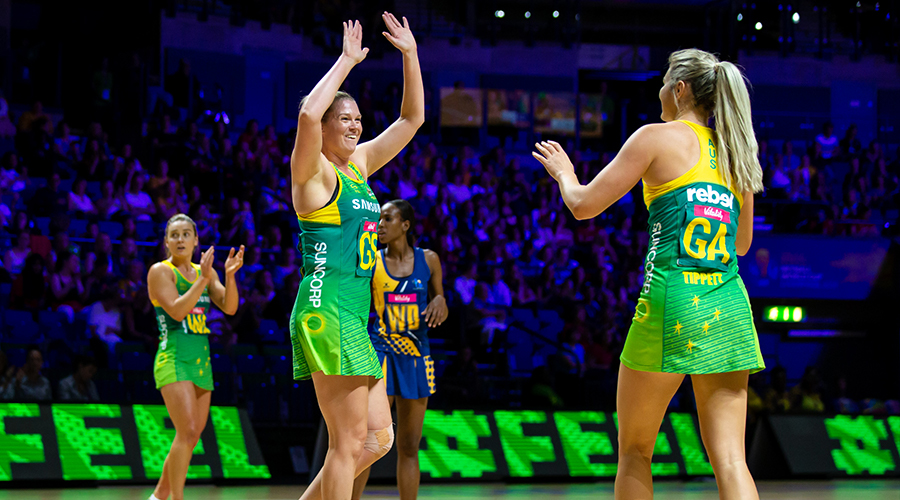 It was more of the same for the Diamonds in the fourth, running away from their Caribbean opponents to post their second 90+ score so far this tournament.

The Diamonds now face Malawi in the second match of round two, who beat Northern Ireland prior to Australia’s match. The match will be televised Wednesday morning at 1.45AM AEST on Channel 9.