The Samsung Diamonds head into their final match of the 2018 Netball Quad Series against the New Zealand Silver Ferns this Sunday looking like a dynamic force to be reckoned with, after a hard-fought win over the England Roses in Newcastle on Wednesday evening.

The Diamonds claimed victory by five goals after trailing the Roses by three at the first quarter time break, and fought off a late comeback by the English in the dying minutes of the match.

The players all spoke in song of the new direction the team are heading in, and how their preparation for yesterday’s match didn’t involve re-living the Commonwealth Games gold medal match loss earlier this year.

“Revenge is a big word but for us it was a new chapter, new team,” MVP of the match Liz Watson said.

“We don’t want to dwell too much on the past and yes we’ve acknowledged the Commonwealth Games loss, but it’s about this next chapter and moving forward and for us it was this game and we did it and that’s one step in a positive direction.”

Her captain Caitlin Bassett mirrored her comments in saying that the group were purely focused on bringing their new-look team to the challenge that laid ahead.

“That (Commonwealth Games) was in the past and we didn’t want to bring any nerves or feeling into this game,” she said.

“It’s a different team and you can’t lump that expectation onto new girls who have never been here before, so we addressed it, we talked about it and then we moved on and focused on what we needed to do for this game.”

And a new-look team it is with new Diamond Kelsey Browne playing the full match at wing attack, Watson running the centre and Gretel Tippett featuring in goal attack alongside Bassett. 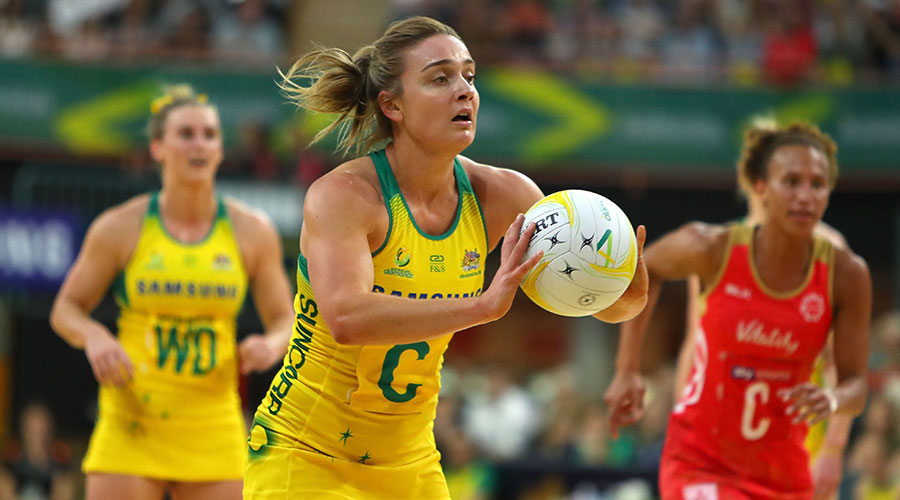 Samsung Diamonds head coach Lisa Alexander made the call to bring Watson into the centre at quarter time for Kim Ravaillion, a move which she believed settled the group.

“I just wanted a bit more strength in our defence particularly and I just wasn’t seeing that,” she said.

“I knew Lizzy had completed that at training so that was part of the reason for the change, and also just her ball composure in attack – I think she complimented Kelsey really nicely.

“I think it was a bit of a grind overall but I’m really pleased with the fight back in the second quarter to get back on top, but England made changes as well so we’re not going to get too excited about things, but at the end of the day, you’ve got to beat what’s in front of you and I thought we did that well, particularly in that second quarter.”

Watson spoke of the variety of playing combinations within the team and how all 12 members can adequately play their role when required.

“Getting these test matches in and getting the combinations out there in the variety of players that we have is fantastic and we’re really finding that we don’t just have a seven, we have a 12 and they can all come on and do their job, so I think that’s really important,” she said.

“Especially in a World Cup tournament format, you do need that flexibility and adaptability and that’s something we always speak about.”

The Samsung Diamonds will now take on the New Zealand Silver Ferns in the final match of the 2018 Quad Series this Sunday 23 September.