The Samsung Australian Diamonds and New Zealand Silver Ferns revived one of netball’s greatest rivalries as Townsville made a sparkling international debut in the second round of the Constellation Cup series.

Australia has enjoyed the upper hand in their head-to-head rivalry since the 2015 World Cup, but they were pushed physically and mentally by their rejuvenated trans-Tasman rivals in the 56-47 victory.

The nine-goal margin concealed what represented further improvement from New Zealand who were powered by the athleticism of goal keeper Jane Watson and class of shooter Maria Folau, who finished with 32 goals at 84 per cent.

And wing defence Sam Sinclair brought out the best in Australian spark Kelsey Browne. Samsung player of the match Browne’s international arrival this campaign has been stunning, and she earned every one of her 36 feeds and 24 assists.

Diamonds captain Caitlin Bassett wore plenty of bumps but she was a steadying influence with 37 goals from 38 attempts. 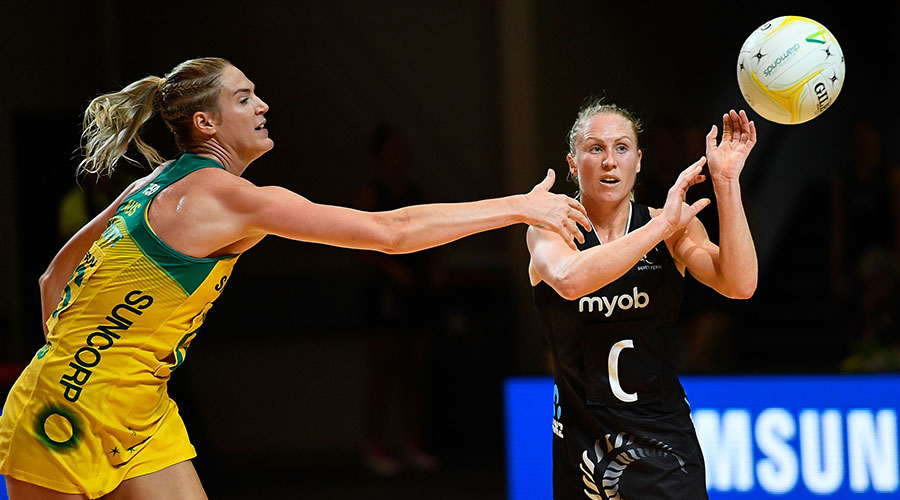 In her 146th Test, she ensured her side was within reach when New Zealand trailed 41-37 at three-quarter time.

The margin was even closer in the early minutes of the last quarter when the visitors threatened an upset.

But Australia’s superior conditioning and cleaner execution at critical moments made the difference.

Head coach Lisa Alexander rewarded some fine performances from the opening game of the series by starting with the second-half midcourt that dominated the Kiwis.

Browne, Liz Watson and April Brandley resumed where they left off on Sunday with rapid ball movement that sliced straight through the Ferns.

Defender Watson battled gamely but was overwhelmed early due to the Australians’ speed and her own team’s turnovers.

That New Zealand clawed back to trail by just one at quarter-time was credit to their capacity to adjust on the run. 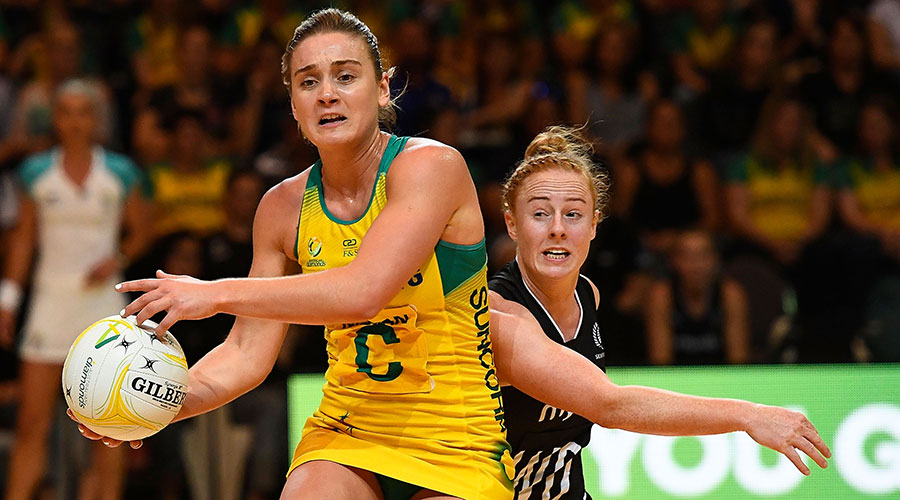 Penalties were a problem for the home side. Their willingness to hunt and contest possession meant they were punished 32-15 on the penalty count with three minutes left in the first half.

Statistically at least, the Ferns were angels. The re-jigged circle of Folau at shooter and Te Paea Selby-Rickit at goal attack shared the scoring load evenly to ensure they were right in it at halftime.

The Diamonds were boosted by the injection of Gabi Simpson at wing defence and Gretel Tippett at goal shooter for the second half.

Tippett’s quick hands and athleticism helped break the Ferns’ zone defence and she finished with a perfect 12 goals from as many attempts.