Prepare to have plenty of questions answered on Saturday.

The International Test Series kicks off in Auckland at 12pm AEST, when the Samsung Diamonds take on the South Africa SPAR Proteas, followed two hours later by the New Zealand Silver Ferns facing off against the England Roses.

Just how hot is the pain of Commonwealth Games defeat still burning within the Diamonds?

Can the new-look Silver Ferns turn things around this quickly under coach Noeline Taurua?

Will England crash back to earth after breaking through for Commonwealth Games gold?

And can South Africa re-establish itself as a genuine contender among the world's top four netball nations?

While they're only the first outings in a six-Test series, and with Australia and New Zealand to contest the Constellation Cup afterwards, this weekend's opening stoushes will go some way to establishing where each nation sits as they begin preparations for next year's World Cup.

Here's what you've got to look forward to on the opening weekend of the series.

The players to watch

We'll know pretty quickly where the Silver Ferns' priorities lie when their starting seven is announced against England on Saturday afternoon.

Young goal shooter Aliyah Dunn could very well be the future of the New Zealand goal circle, and should play a major role in their World Cup ambitions next year. But will Taurua throw her in there against Geva Mentor first up?

If the 190cm Dunn is given the nod, the Ferns could have the target they were missing on the Gold Coast, and we could see a star born before our eyes. 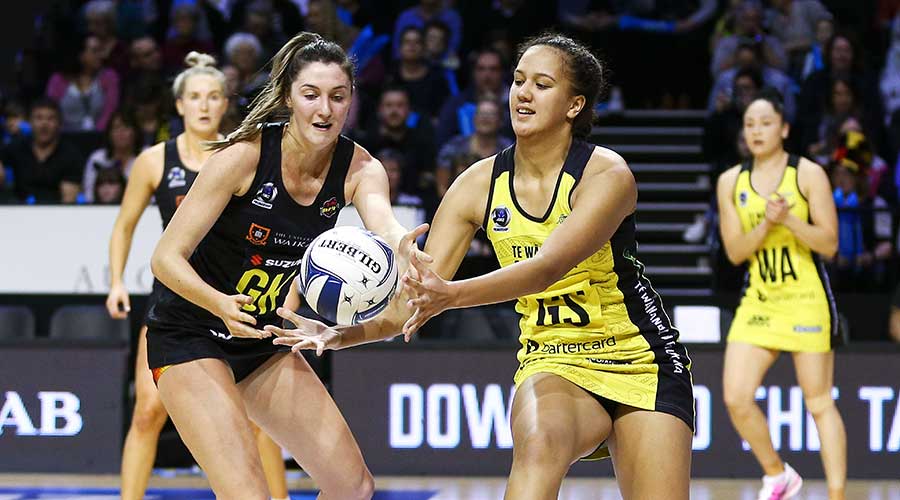 Will it be Browne or fellow wing attack Liz Watson that gets the start against the Proteas?

On form, Browne is arguably the best wing attack in the world right now, but Watson also had an impressive 2018 Suncorp Super Netball season and has the runs on the board as a Diamond.

If Browne does get out there, it'll be riveting to see just how explosive she can be with a full line-up of Australia's best players around her.

She might find it hard to squeeze Lenize Potgieter out of goal shooter, but Melbourne Vixens fans will be eager to see how new signing Ine-Marie Venter shapes up if she's given the opportunity against the Diamonds

The Vixens recruit has improved out of sight over the last 18 months, and shot 33/40 against the Aussies at the Commonwealth Games.

If the Proteas can get enough ball down there, Venter and Potgieter will both present real challenges for the Diamonds' defence.

The match-ups to watch

With Langman back in the Silver Ferns fold, the second game of the Quad Series presents the mouth-watering possibility of arguably the two best centres in the world going head to head.

Both can play in wing defence, of course, and the Roses may slot Guthrie in there, with Chelsea Pitman and Natalie Haythornthwaite occupying centre and wing attack, but the opportunity to watch the two veterans go hammer and tong at each other for 60 minutes will be worth the price of admission.

Having spent two years watching and training against each other almost every single day, Lightning teammates Wood and Pretorius will have very few tricks that the other hasn't seen.

So expect to see a battle of wills, with Pretorius doing all she can to upset the explosive Wood's rhythm and limit her ability to connect with Caitlin Bassett or Caitlin Thwaites under the post.

If the Proteas are to be a chance of knocking off the Diamonds, Pretorius needs to win this match-up comfortably.

The burning question is: are the Silver Ferns back?

While Australia and England will field largely similar line-ups to the ones that took the court at the Commonwealth Games, the Silver Ferns' inclusion of Dunn and Laura Langman (who was named captain of the team on Thursday) adds strength in areas where the Ferns struggled on the Gold Coast.

But has enough time passed to repair the mental damage that the ill-fated Games campaign may have done?

If anyone can get the Ferns back on track, it's Noeline Taurua, but after only a couple of weeks officially in the role, will she have been able to make her mark?

The loss of arguably the country's most in-form defender, Temalisi Fakahokotau, to an ACL injury this week is enormous for New Zealand, and limits their options in defence.

Can the Kiwis pull together and show the unity that was missing on the Gold Coast? We'll know plenty more on Saturday afternoon.