Diamonds defender Courtney Bruce is in red hot form coming in to the 2019 Netball World Cup, and she's hell bent on redemtion.

As misguided as it was, Courtney Bruce blamed herself.

If Helen Housby was hailed as England’s hero after the on-the-buzzer penalty that secured the Roses’ shock gold medal at the 2018 Commonwealth Games, then it was Bruce’s untimely obstruction that left the distraught West Australian feeling like the villain.

“After the game I 110 per cent truly thought it was my fault, and it was some really wise words from our physio (Alanna Antcliff) who said that netball games are won and lost in 60 minutes and not in 59 minutes and 57 seconds,’’ recalls Bruce, who, with 26 caps, is now the Diamonds’ most experienced goal keeper.

“I guess that brought things back down to earth a little bit, but we all know that games are made up of critical moments, and that was obviously a critical moment. 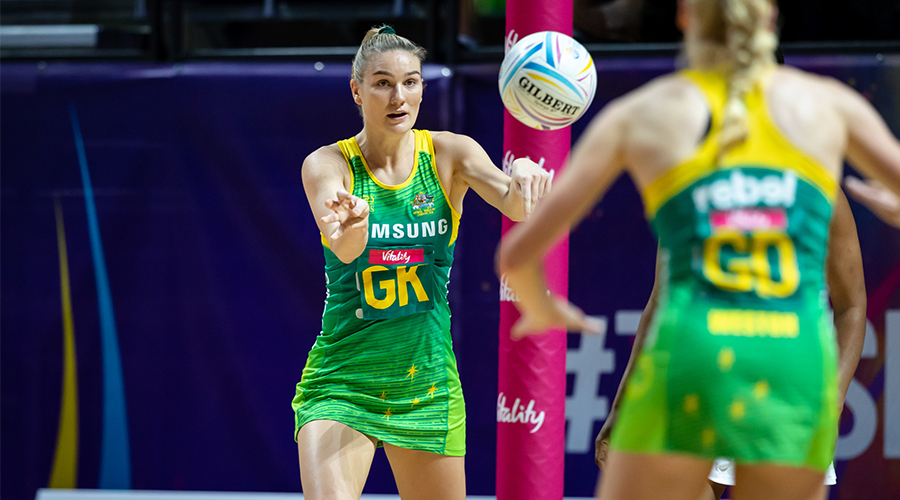 “The first couple of days after I probably felt the weight of the loss a lot, and then I had to watch the game, relive the moment, just to take the power out of it and the sting.’’

Even so, Bruce kept thinking of her trangression for months afterwards, while drawing on the support of the West Coast Fever’s sports psychologist, coach Stacey Marinkovich, and the broader netball family.

Eventually, the sunny 25-year-old says she was able to put it to one side and “play the moment, not the memory”. But that took some time.

While admitting the hurt still lingers, Bruce also appreciated the need to learn from the experience, and is confident that she has, believing she is tougher mentally as she prepares for her debut Netball World Cup, starting in Liverpool on Friday.

Bruce said she needed to challenge the way she thought about the game to become the player she wants to be when big-occasion crunch times come in the future.

“I was able to do some really solid work with Fever last season and in the off-season to work on being that person who steps up in those moments. I want to be the Laura Geitz or Sharni (Layton) that takes that big intercept to win a game.’’

Diamonds’ head coach Lisa Alexander, meanwhile, had assured her popular defender that the responsibility was shared by all, and lauded Bruce’s subsequent effort in the deciding Constellation Cup match against New Zealand in Wellington last October, in particular.

“She played superbly, and that was on Maria (Folau),’’ Alexander said. “When she’s in full flight and mentally switched on, which she’s worked very hard to do, she’s a pretty unstoppable goal keeper, so we’re looking forward to that sort of form coming out.’’

The biggest issue this year, however, has been physical, with Bruce suffering bone bruising to her left elbow in the Fever’s Suncorp Super Netball opener, and able to play just one full game  - fortunately, an exceptional one against the Magpies - in the “nerve-wracking” month before the national selectors announced the World Cup team.

Clearly, only the injury could have kept her out of it, and yet this time two years ago Bruce was still to be fitted for her first gold dress, having only been called up in mid-2017 when Layton took a break for mental health reasons, just as another great, Geitz, was preparing to come back. 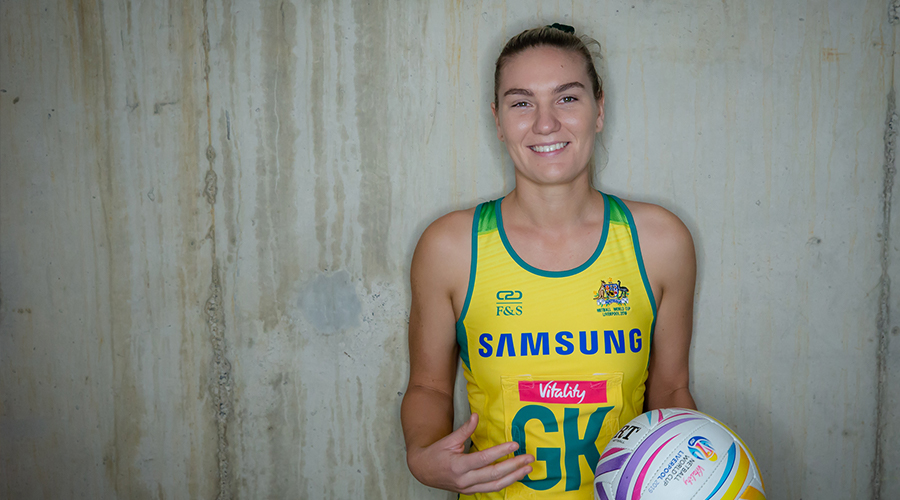 Yet Bruce has since been a constant, and a relative latecomer to the game nominates her first World Cup memory as the Diamonds’ dramatic 2011 finals victory in Singapore, when another Southern Districts Netball Association product, Caitlin Bassett, came off the bench at half-time and ended up stealing the show.

“I was saying the other day to the girls that I remember the 2011 one really well, because I grew up playing with CBass and remember CBass scoring that goal,’’ she says. “She was the poster girl here in Perth, so watching a good friend take it to a whole other level, yeah, that was my moment.’’

Bruce may yet have her own, and the last-gasp events on the Gold Coast would only add to the significance of what, if all goes to plan in Liverpool, would be the Diamonds’ 12th world title.

“It would be huge,’’ says Bruce. “Obviously we have a great history at World Cups, as Aussies, but I think personally I’ve grown a lot since that moment, so being able to be out there and performing and getting us across the line would just be fantastic.

“And I don’t know if revenge is the right word, but I also think we want to redeem ourselves (for) that game.’’

One suspects that Courtney Bruce is also seeking particular personal redemption, as often as she has been told that none is necessary.

Nor is it, of course, but there would still be something extra special for the player whose instinct was to blame herself if any tears shed this time are happy ones.